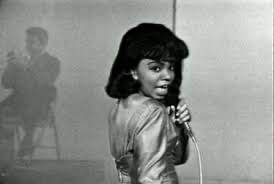 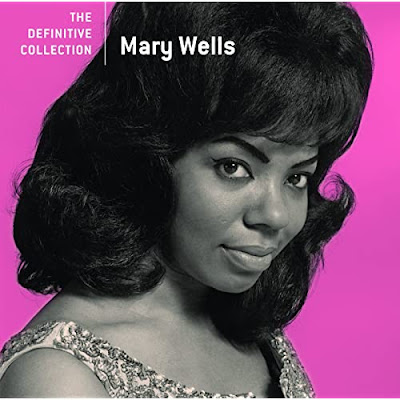 My Guy/You Beat Me To The Punch/Two Lovers/Your Old Stand By/What's Easy For Two Is So Hard For One/Operator/Laughing Boy/Once Upon A Time/I Don't Want To Take A Chance/The One Who Really Loves You/You Lost The Sweetest Boy/Old Love (Let's Try It Again)/Two Wrongs Don't Make A Right/What Love Has Joined Together/Oh Little Boy (What Did You Do To Me)/What's The Matter With You Baby/Whisper You Love Me Boy/Bye Bye Baby
This is very early Motown stuff. Mary Wells was one of the first artists to be successful on the label and she laid huge foundations for groups like Diana Ross & The Supremes and Martha & The Vandellas to follow. Mary had a strong and versatile voice and her biggest hit, My Guy, is by no means representative of her material overall. She also, perhaps unadvisedly, left Motown in 1964-65 over a contract dispute and her career never recovered, which was a crying shame.

I have covered this compilation plus a few extra tracks that I have as well. I'll begin with the gritty bluesy upbeat soul of Bye Bye Baby as this is a song that finds Mary's voice far more growly, earthy and robust than it was on a love song like My Guy. Tragically, this throaty voice contributed to her early death, aged just 49.

My Guy is an all-time classic, of course, full of great brass and a totally irresistible rhythm. I love that bass/vocal interplay bit at the end.

Some early rarities are Guarantee (For A Lifetime) which is a melodic, catchy soulful love song and Have A Little Patience And Wait, a fast-paced and lively number with a toe-tapping early rock 'n' roll vibe to it. It has a Northern Soul feel too and the same groove is found on I Don't Want To Take A Chance, which merges rock 'n' roll with r 'n' b perfectly.

Smokey Robinson's I'll Be Available is a jaunty song most typical of that writer's output from the period - archetypal early Motown. I'm Gonna Stay has a feel of the early Drifters to it and a sumptuous bass and percussion backing.
I'm Sorry is a deliciously bassy serving of bluesy soul while Laughing Boy has some disconcerting 'laughing' backing vocals that detract from the rock 'n' roll-ish ballad.

Oh Little Boy (What Did You Do To Me) is a dramatic ballad that suffers a bit from too much orchestration. It a sad, despairing song that details discontent in a relationship that contrasts strongly with many of the period's love songs, especially with the song's female protagonist saying she will not take her errant boy back.

Old Love (Let's Try It Again) is a solid soul single, as too is the singalong Operator.
Please Forgive Me is a slower, bluesier ballad. Strange Love also sees Mary's gruffer voice back on a string-backed slowie and The One Who Really Loves You is a most appealing piece of poppy soul that sounds like Sam Cooke meeting the early Beatles.

The enjoyable Two Lovers was a successful song and it also has a fine stereo version along with an an adventurous lyric for the period.
Also impressive is the late-night jazzy soul of Two Wrongs Don't Make A Right. What Love Has Joined Together is a sublime Smokey Robinson number while the handclappy Whats Easy For Two Is So Hard For One is one of Mary's most upbeat songs. It lays the foundation for The Supremes' material.

When I'm Gone is another corker, with a wonderfully expressive deep bass line and a bit of a My Guy feel. It is the song, along with Two Lovers, that competes properly with My Guy.
Whisper You Love Me Boy is up there too, to be fair. Actually, I can't leave the seductively soulful potboiler You Beat Me To The Punch out of that list either.

You Lost The Sweetest Boy is a marvellous bopping Motown stomper and Your Old Stand By is an attractive ballad with a good sound quality.

Two good tracks sung with Marvin Gaye are Once Upon A Time and the excellent What's The Matter With You Baby.

While many Motown fans love the original mono single versions, I find the stereo versions that this compilation includes to be far more satisfying - warmer and fuller. 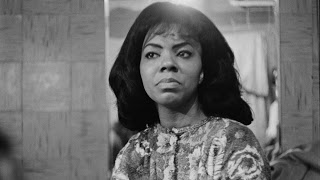