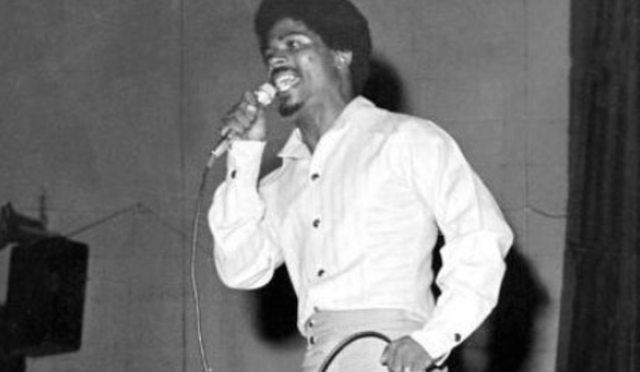 "One of my uncles was a spiritual revivalist, who always did this heavy type of spiritual singing, and I got to love that" - Clancy Eccles 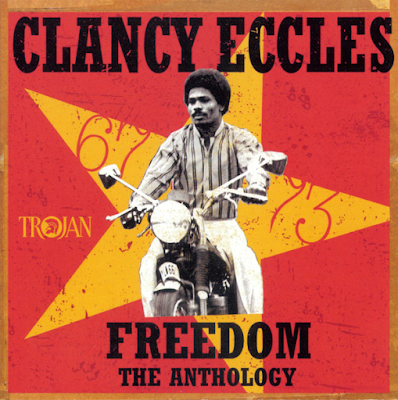 An interesting fact about Clancy Eccles is that he is sometimes credited with coming up with the name reggae - corrupting the patois slang 'streggae' (a girl of loose morals). 'Reggae' is normally said to have originated from The Maytals' Do The Reggay. Who knows. Anyway, in reggae history he is an artist who had been around a long time, since the early sixties - working initially with Clement "Coxsone" Dodd and then Duke Reid, before turning to production himself.

This excellent Trojan Records anthology includes tracks from Eccles' solo albums (including the one with him on a motorcycle riding through what looks like a lavender field that I remember seeing as I flipped through record shops' albums in the early seventies - Freedom) and his work as a producer, performed by other artists. Firstly, I have to say that the sound quality is truly excellent throughout (something of a surprise given the often rudimentary recording conditions that bedevilled many Jamaican reggae offerings). The music is a veritable cornucopia of different reggae styles from 1967-1973 - Rock Steady, Skinhead Reggae, Boss Reggae, early Dub, early Lovers Rock, DJ vocal 'toasting' and generally lots of skanking beats.

Eccles' first hit was Freedom in 1961, but the version included on here is a 1969 a re-recording and the sound quality is suitably improved. The song has lots of ska vibes to it and hints of slow calypso and also takes its lead, lyrically, from spirituals. Check out its big throbbing bass line and the ska-ish saxophone too. Great stuff.

His big cult hit was the slow ska skank of Fattie Fattie and another excellent but more upbeat Jamaican hit was What Will Your Mama Say. Songs that have been made famous by others are Theo Beckford's Easy Snappin', Lord Creator's evocative Kingston Town, The Fabulous Flames' Holly Holy and The Dynamites' John Public. Early examples of dub/DJ toasting can be found in the several tracks produced for King Stitt, such as the Ugly One (Lee Van Cleef) and also on Eccles' own brassy dubby groove Dance Beat.
Proto Lovers Rock is heard on Cynthia Richards' Foolish Fool and Clancy & Velma's Oh My Lover and Let Us Be Lovers. Then there are the organ-driven,
Skinhead Reggae instrumental numbers such as Winston Wright's Mr. Midnight and Larry McDonald's I Fe Layo. King Stitt provides some classic early dub on the excellent thump of Vigerton 2.

Conversation, featuring an uncredited female vocalist, is better known to UK listeners as 1969 hit for Cilla Black. Anther fine DJ collaboration with King Stitt, Fire Corner, was also a skinhead favourite while his Herbsman Shuffle glorified the pleasures of the sacred herb and musically laid the foundations for material like Dave & Ansil Collins' big 1971 hit Double Barrel.
Phantom is an excellent dubby instrumental version. I love its early bassiness. This really was where the dub that would be so popular ten years later began. It is groundbreaking fare. As opposed to previous instrumental versions that simply took the vocals off the recording, Eccles' version mixed the track in such a way that it stripped it down to its very fundament - its killer bassline. Bassline business literally began here.

Don't Brag Don't Boast is poppy and ska-influenced and impossible to keep still to as indeed is the irresistible 1968 cut, Feel The Rhythm.
Say What You're Saying is a catchy, organ-powered number featuring Monty Morris.

Eccles moved from music into politics and his awareness can be heard on cuts like the pleasing skank of Power For The People and an early Rasta/Biblical sensibility is there on the preachy, devout Rod Of Correction.
Zion sounds so much like South Africa's Lucky Dube would sound many years later and Credit Squeeze is an impressive, socially aware skank and Unite Tonight finds Eccles utilising the poppy, orchestrated 'reggae with strings' production so popular in the early seventies (Bob & Marcia, Greyhound, Nicky Thomas). Finally, Tito Simon and Third World, with their unique brand of funky reggae, both appear with songs at the close of the collection.

Anyway, I can't go on and on, detailing all fifty-six songs. Hopefully you have got the gist of this excellent compilation by now. It is the work of a most underrated singer/producer. It is also available to download for a ludicrously low price.

Thanks to fellow music blogger Mark Barry for the inspiration to seek out Eccles' work again. 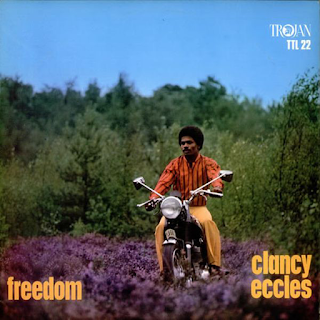 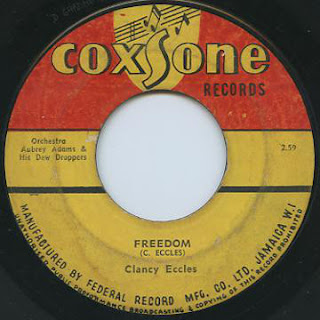