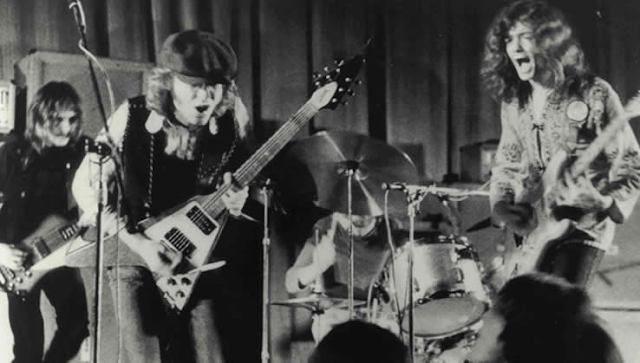 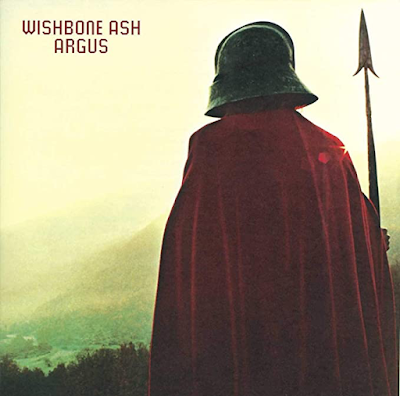 
"Over the years it came to be seen as the quintessential Wishbone Ash recording, the one that best realised the group's complex vision" - William Ruhlmann - AllMusic


There were boys at my school in the early seventies who loved this album - from 1972 - and proudly carried it around all day with them, under their arm, as a visual prop to show off their musical taste. Wankers. I have mentioned these boys before in relation to other groups (mainly prog rock ones). I hated these boys and I hated their musical taste. I was into Bowie, Roxy Music, Mott The Hoople and before that Slade and T. Rex. I wanted nothing to do with prog rock and this album seemed to bear all the hallmarks of that accursed genre - a medieval theme running through it, a similarly-inspired cover and only seven, mainly lengthy, tracks on there. As far as I was concerned you could take this, wrap it in a cheesecloth shirt and chuck it in the canal. How wrong I was, and I am now pleased to say that I have allowed the album into my life, loving its powerful rock, superb musicianship and atmospheric overall feel. I have surprised myself over the years as my musical tastes have become far more all-encompassing but this is one of my most incomprehensible conversions, I have to say.

Time Was starts with some gentle, folky acoustic guitar - all very ambient - until it breaks out into some superb, upbeat guitar rocking which is not over-heavy neither is there too much proggy noodling. It is heads down guitar, bass and drums rock, but very melodic, I am surprisingly impressed  who would have thought it? I can happily listen to this. The vocal harmonies are quite Stephen Stills-ish. Drummer Steve Upton's work is outstanding.

The slower, more contemplative and ethereal Sometime World features some absolutely beautiful guitar from Ted Turner that surely inspired Thin Lizzy's Gary Moore (well it sounds like it would have done to me, anyway). Sorry to big guitar fans if I am off the mark. The vocals, bass, guitar and drum lively interplay that arrives half way through is great stuff - the guitar is simply breathtaking and the vocals are again, very CSN/CSNY.

Those Stills/Crosby/Nash style vocals are back on Blowin' Free, which is a robust, deep, warm and bassy Status Quo-ish rocker. These three excellent pieces of seventies rock make up the old "side one". There has been nothing particularly "prog" about this as far as I am concerned, it has been quality guitar and drum-driven rock all the way.

The King Will Come begins with some intoxicating wah-wah guitar before some chunky riffage breaks out. This was the track that first got me into this album, coming across it somewhere and being taken aback by just how good it was. I have to also say at this point that the sound quality on the latest remaster of the album is wonderful. The twin lead guitar attack utilised on this track and most of the album clearly inspired Thin Lizzy and Iron Maiden, although a long-time fan of the former I am no expert on the latter.

The gentle, acoustic strains of the bucolically-titled Leaf And Stream can be found on the album's shortest track, but it is a good one - featuring a lovely guitar solo and a chilled-out, laid-back summery ambience.
Warrior is subtly anthemic and guess what? The guitar is magnificent. Yes the folky, proggy lyrics about warriors are a bit hackneyed but actually, so what. I am well past splitting hairs abut lyrical content. Anyway, I am a history buff, so there you go.

Throw Down The Sword continues in the lyrical vein to end the original album with. It is a piece of dignified, slow burning rock with some plaintive vocals. The old prog concept about the end of the battle rears its head again but I didn't mind when Queen or Thin Lizzy dabbled in this sort of thing.

As I said, a quality album that surprised me.

** The non-album track, No Easy Road, is a fine energetic rocker too, although it is far more to the point and commercial than the material on the album.
Email ThisBlogThis!Share to TwitterShare to FacebookShare to Pinterest