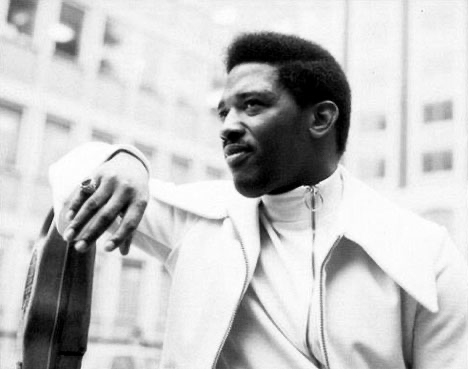 "I knew that I had a following here in England, and if I came over here maybe I could cultivate it, but I never dreamt it would be as great as it has been" - Edwin Starr 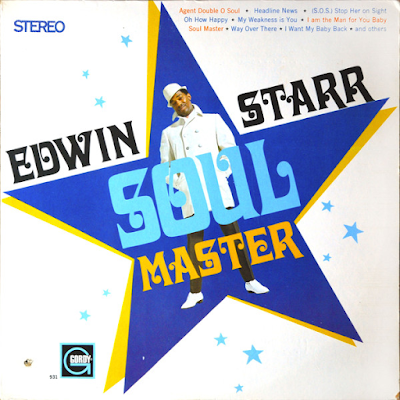 Released in 1969, this was the somewhat overlooked Edwin Starr’s debut album for Motown. For me it is a criminally-underrated album, packed full as it is of stomping soul fare and truly excellent vocals from Starr. He really showed what a powerhouse singer he was and the album was up there with Jimmy Ruffin’s Ruff ‘n’ Ready as a fine example of Motown’s late sixties “upbeat soul”. It packed a certifiable punch and utilised a cookin’ brass section. Maybe Northern Soul purists will disagree with me, but the album is one long joyful Northern experience for me - the tempo doesn’t let up for one nano-second. Get that talcum powder out.

Agent Double O Soul has a huge pumping  Northern Soul glory to it and it duly was a floor filler in the northern clubs of the late sixties/early to mid seventies. Check out that big rumbling bass.
I Am The Man For You Baby is a very Jimmy Ruffin-esque influenced number, full of muscular soul power wedded to a great hooky chorus. It is a typical piece of early seventies Motown and is all the more wonderful for it. Another Northern cult classic is the instantly catchy Stop Her On Sight (S.O.S) - featuring more great hooks, killer saxophone solo, pounding drums, clunking piano, vibrant backing vocals - what more could you ask for if you love Motown and Northern Soul. Nothing. Exactly.

The quality continues with another corker in the irresistible Oh How Happy. It was later re-recorded as a duet with female singer Blinky. What a superb, throbbing bass line backs the brassy and once again thumping Way Over There and it is a far more powerful version of the original Smokey Robinson & The Miracles song. Bloody marvellous stuff. Agree? Course you do.
The Temptations-influenced tub-thumper My Weakness Is You is powered by some solid but rhythmic drumming and the great singles just keep coming on the infectious Headline News and the brassy Soul Master ploughs the same industrial strength, bull elephant soul furrow.

I Want My Baby Back challenges you to keep your feet still and ensures that any cobwebs hanging around will be completely blown away. Starr gives us his best soulman “huuhs” in between lines too.
The pace slightly lets up briefly on the Ruffin-style vibe of Love Is My Destination. Starr channels his inner David Ruffin on the soaring ballad I Am Your Man but the upbeat soul power returns for one final workout on the glorious Time Is Passin’ By.

There is a vibrant, vivacious energy to this album that makes it utterly impossible not to like, for a soul fan anyway. I have spent the last few days listening to Bob Dylan, whose work I love dearly, but sometimes I want a soul injection and this album gets that right into my bloodstream. The effects will last several days. 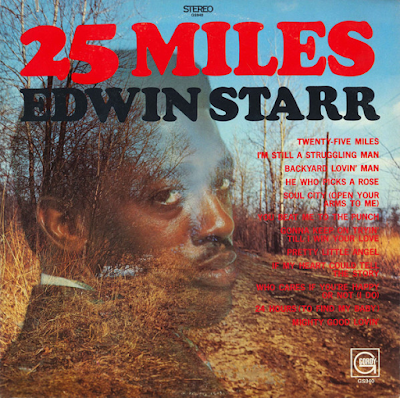 Twenty-Five Miles continues the hammering beat of the previous album in fantastic fashion. I’m Still A Struggling Man saw one of the first signs of the social awareness that The Temptations would take forward and Marvin Gaye would finish off. Although it was a love song, it carried within its lyrics a despair of the frustration that poverty and lack of opportunities would bring that pre-dated those “issue” songs and laid down some notable foundations.

Backyard Lovin’ Man is a very Chairmen Of The Board-style piece of upbeat, Southern-sounding soul and He Who Picks A Rose is familiar to Northern Soul fans from The Carstairs’ version, and Jimmy Ruffin’s too. Edwin’s versions cooks just as convincingly and would have made a great single (in fact it was a single - just not a hit one - so you know what I mean!). As indeed would Soul City (Open Your Arms To Me), which is just great as far as I’m concerned. I love it.

Smokey Robinson’s You Beat Me To The Punch is covered in true strong, muscular Starr fashion and Gonna Keep On Tryin’ Till I Win Your Love was, I think, also done by Jimmy Ruffin, Marvin Gaye and also The Temptations.
Pretty Little Angel has a Stevie Wonder feel about it and If My Heart Could Tell The Story sounds like David and Jimmy Ruffin have joined together, Starr’s voice has echoes of both of them.

The album is taken to its close by the ebullient but slightly misleadingly-titled Who Cares If You’re Happy Or Not (I Do), the Northern Soul groove of 24 Hours (To Find My Baby) and the brassy, lively soul/funk of Mighty Good Lovin’.

The sound on the latest remasterings of these two delightful Motown albums is also outstanding, delivered in highly impressive stereo. They are both great, but if I had to nail my colours to the mast in favour of either of them, I would choose the sheer unadulterated unmistakable Motown joy of Soul Master. It should have been far more successful than it was. It made the top ten of Mojo Magazine’s best sixties Motown albums (at number ten) and quite right too. 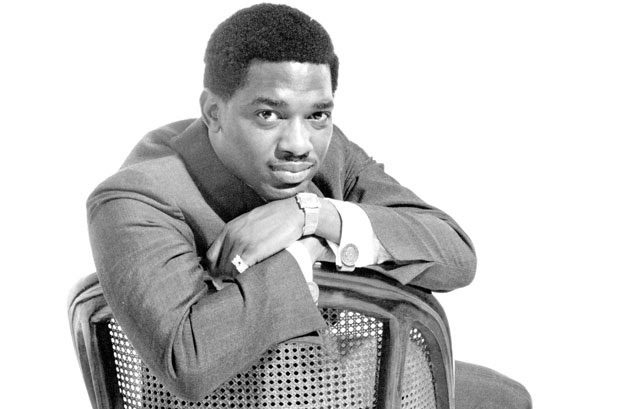