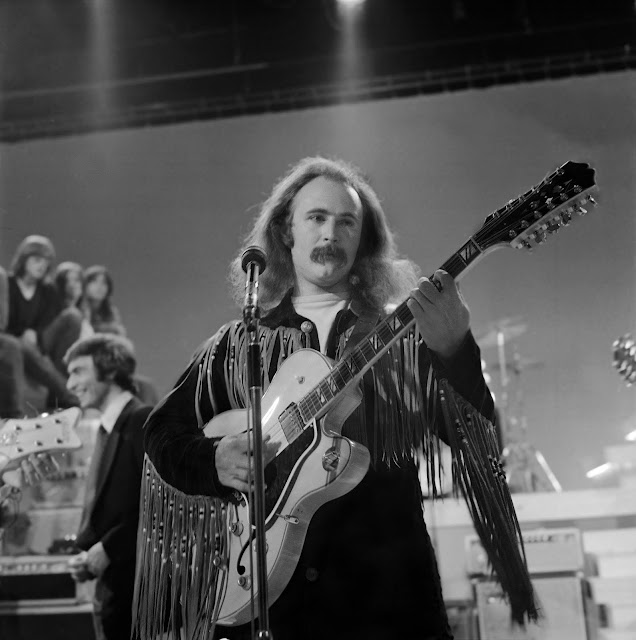 "I think ideas are still the most powerful things on the planet, and music is a great way to transmit them" - David Crosby 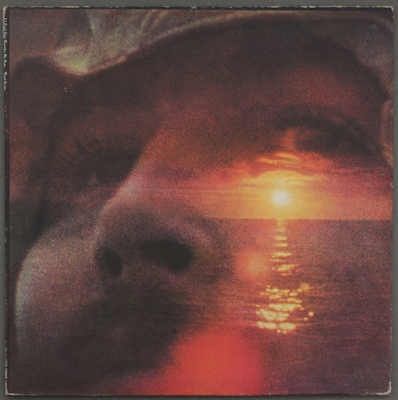 Like all David Crosby’s work, this, his first solo album from 1971, is an automatic de-stresser. It should be available on prescription. It is the musical equivalent of putting some tiger balm on your forehead.

The album is comparatively sparse, lyrically, but is big on laid-back, almost trippy atmosphere. Music Is Love is a dreamy, initially acoustic opener, featuring Neil Young and Joni Mitchell (pictured at the bottom of the review) joining in on vocals, that actually develops an excellent, drum-enhanced, almost psychedelic feeling half way through. The warm and solid remastered version on the Voyage box set emphasises this a lot more.
Cowboy Movie is an intoxicating eight minute-plus workout that has Neil Young's imprint all over it, although it is The Grateful Dead's Jerry Garcia who plays the Young-esque guitar.

Tamalpais High (At About 3) has no proper words, save some typically harmonious backing vocals with Graham Nash, yet, because of its sublime bass and drum sound it works incredibly well. Jefferson Airplane's Jorma Kaukonen is on guitar.
Laughing has another killer bass line and an insistent but understated rock beat, marry that to those archetypal Crosby airy vocals and you have something special. The wailing guitar sound at the end that is most atmospheric as well. 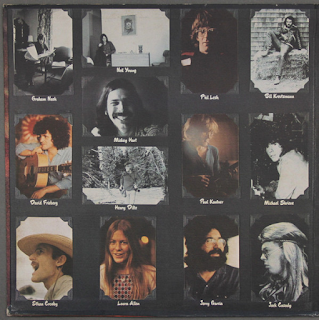 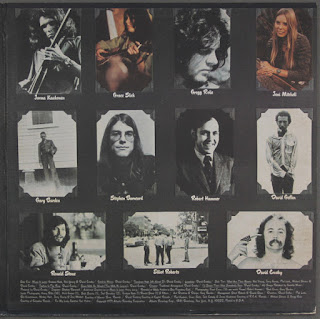 What Are Their Names begins with some superb bits of electric guitar picking, duetting over an gently rumbling bass line, then the drums kick in - big and bold. If you thought the folky Crosby wasn’t much for rock, think again - he rocks in solid, brooding fashion for a few minutes before the politically-motivated vocals eventually arrive, Crosby questioning just what the hell is going on. Listen to that huge, throbbing bass again - beautiful. "Peace is not an awful lot to ask" sings a yearning Crosby. Indeed.

The gentle acoustic strains and thoughtful, contemplative lyrics of Traction In The Rain has an ambience that Crosby often has, the peaceful one of Paul Simon - or maybe Simon modelled much of his seventies work on Crosby.
Song With No Words, a leftover from the CSN era, is in the same style as Tamalpais High - a gentle, extended instrumental vibe with melodic, light vocal improvisations floating around. It ends with some top notch electric guitar soloing, which comes as a surprise, albeit a most pleasant one.

The album ends as quietly as had begun with two short vocal/acoustic numbers. Firstly the medieval chorale vocals and stunningly clear acoustic guitar of Orleans and then the mysterious, trippy I’d Swear There Was Somebody Here, which is an even shorter bit of instrumental and vocal gymnastics that doesn’t quite work as well as some of the other material. It is a bit of a shame that the album ends on a comparative low(er) point because overall it was an enchanting piece of work. 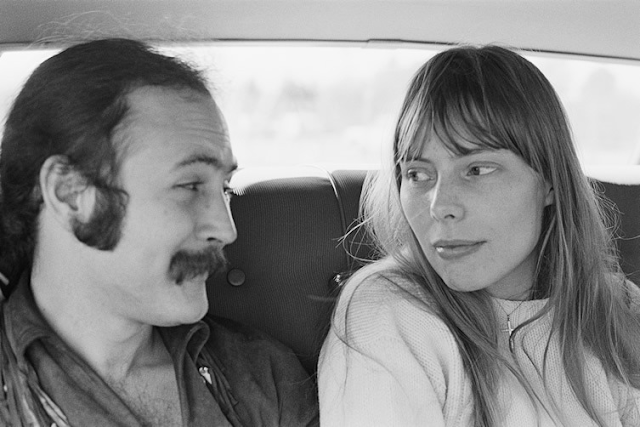 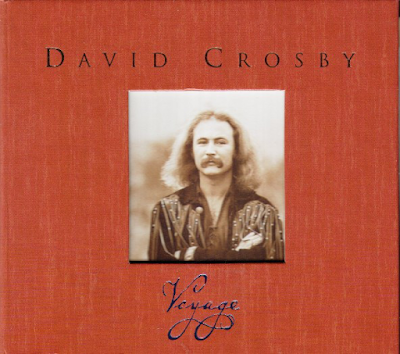 The always extravagantly-moustachioed David Crosby was, to an extent, a bit overlooked in both CSN and CSNY and his discography is far smaller than it should have been, largely due to self-destructive, much-documented drug problems. However, when his best tracks from the afore-mentioned groups and his solo work together with those from his jazz-rock group CPR are collected in one set you get a really, rewarding and relaxing listen. Put it on if you want to unwind of an evening after a tiring day. Crosby was, after all, the “hippiest” of the CSN(Y) bunch, particularly when compared with the bluesy Stephen Stills and the rocky Neil Young. So that is what you are going to get here - blissed out cerebral largely acoustic fare but with marvellous bass lines too.

The CSN and CSNY material is well known, (Wooden Ships, Guinevere, Long Time Gone and the counter-culture anthem, Almost Cut My Hair) but is still great to hear it, particularly in as well remastered a quality as it is here, featuring truly delicious, melodic bass lines and crystal clear acoustic guitars. I will deal with the songs from the 1971 solo album If I Could Only Remember My Name on the review for that album (see the review just above this one).

There are also some fine Paul Simon-esque numbers in the beguiling Yvette In English and the sumptuous laid-back jazz rock of Rusty And Blue. I just love listening to the bass, infectious percussion and Bruce Hornsby-inspired piano lines in this wonderful piece. Check out the quietly beautiful Somehow She Knew, with its excellent guitar and genuinely calming vibe.

That’s what Crosby is, musically - a reassuring, restful presence who delivers thoughtful songs and suitably gentle music. All of which is perplexing given his legendary battles with drug abuse and general unpredictable personality. None of this really manifested itself in his tender, subtle and seductive music. Very odd. No hell raising is to be found here at all. I listen to this stuff and then read about Crosby’s problematic and often worrying life and it simply does not equate to the serene, contemplative beauty of his music.

Breathless is softly entrancing while I cannot help but think of Bruce Hornsby’s Harbor Lights album when I hear the insistent but tuneful jazz piano of Map To Buried Treasure.

There are too many tracks on here to describe them all in detail but I am sure you have got the drift by now. By the way, the alternative versions of some of the CSN(Y) material are well worthy of your time. Due to the fine remastering here, they almost sound superior in places to the un-remastered originals. If only they had this lovely deep bass sound. Theirs is good but not as good as you get here. These reproductions are great.

I have to make comment on the extended rock out of Cowboy Movie, with The Grateful Dead's Jerry Garcia giving it his all on guitar. After Crosby’s trippy folky offerings it hits you between the ears with an irresistible thump. Some may say it goes on too long. I say bollocks to that. Let it rock.

Overall this is a most satisfying box set from an intriguing artist, whose influence has been far greater than many realise. 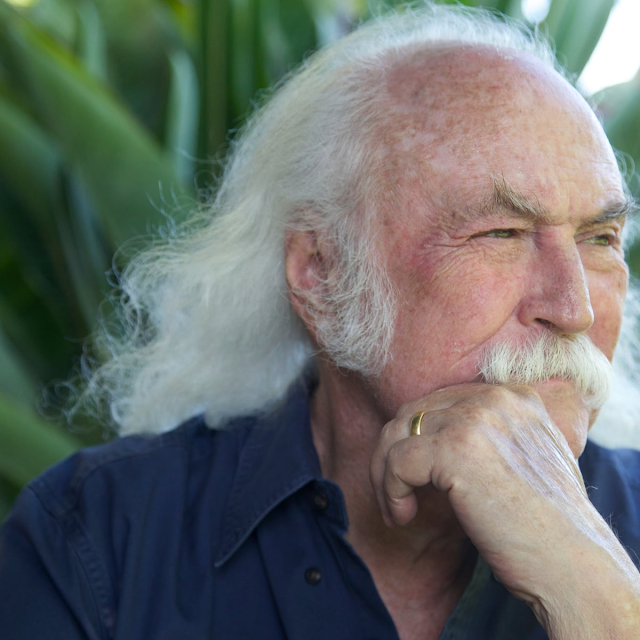