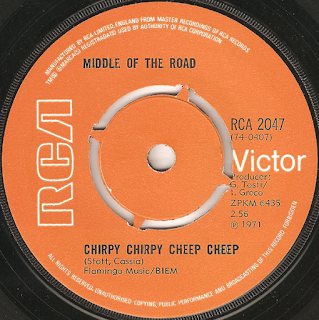 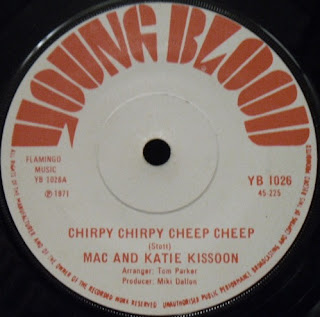 DISCLAIMER: If this is your first view of my site - don't despair, there is plenty about The Clash, David Bowie, Bob Dylan and The Sex Pistols elsewhere.

Yes, this huge chart-topping smash was puerile, inane - whatever. Yes, kids sung it ad nauseam in playgrounds up and down the country but I have always, surprisingly, loved it. I am an old nostalgic and it just brings to mind the summer of 1971 perfectly. I was only twelve back then, remember.

The Middle Of The Road single was, I have only just found out, a cover version of a song written by someone called Lally Stott. I have not been able to source that version, but I have heard the original single, by Mac And Katie Kissoon, that actually reached number 41 at the same time as Middle Of The Road took it to number one. Theirs is slightly more funky in its backing and, somehow, slightly lacks the get up and sing catchiness of the Scottish band's now (questionably) iconic version.

Now, this may seem ludicrous, but I love the rumbling bass line on the song from the moment it kicks in after that drum intro and we also have the main reason I loved the song back then - my schoolboy crush on the gloriously hot-panted blonde singer, Sally Carr. The image of her on Top Of The Pops will always be with me, although there is a better one when she displays her magnificent rear end in a turquoise-ish catsuit on (I think) German TV. 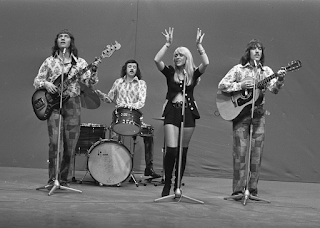 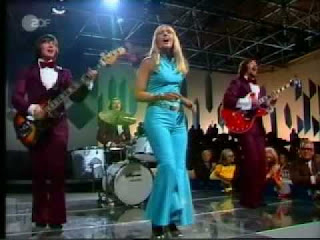 What was the song about, though? Also, the lyrics always quoted one bit as being "little baby don". "Don??". Anyway, I'll finish before I get all Dylanogist over Chirpy Chirpy Cheep Cheep.

The 'b' side was a slow rock ballad - with another fine, deep bass, incidentally - entitled Rainin' And Painin'. It's ok, far more credible, obviously, than its 'a' side, but far less irresistible.

Finally, apart from Sally, the other members of the band, in their frilly seventies shirts, long hair and moustaches look positively dreadful. They look like Scottish footballers from the era made to wear suits. Sally, though......oh Lordy. 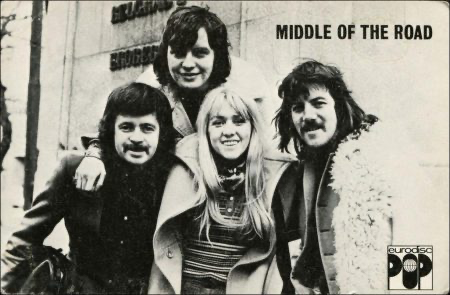