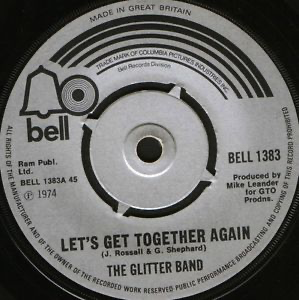 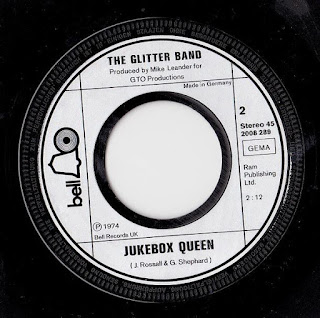 In the autumn of 1973, with the release of the comparatively half-baked Truck On (Tyke) from T. Rex, glam rock in its purest form left us. Marc Bolan and his band followed it up in January 1974 with the ballad Teenage Dream. Slade were now putting out more conventional rock as were The Sweet so the stomping was left to the second division glammers such as Suzi Quatro, Hello, Mud and  The Glitter Band who spent 1974 and 1975 releasing pounding, clapping singles, seemingly oblivious to the changing styles of other groups.

The latter were, of course, somewhat unfortunately as it turned out, in the shadow of the now-disgraced “leader” Gary Glitter. His stigma has stuck to them and just as he has been air-brushed out of music history, so have they.

This was their third single and, for me, their best. Although double drummer, tub thumping, fist pumping stompers like this were becoming old hat, to an extent (it was still a hit), by October 1974 when it charted, it was still a popular singalong number with schoolboys like myself.

The huge drum sound introduces the song and doesn’t let up on its metronomic thump throughout the song. It is joined by the typical Glitter Band sound of Harvey Hinsley’s parping saxophone to give us some classic glam. Second division or not, it is one of my favourite glam singles of all, easily making any top ten list I may come up with. I have to say that the sight of the whole band all dressed in their bacofoil suits on Top Of The Pops was pretty ludicrous looking back at it, but it was the norm at the time.

The ‘b’ side is the glam meets early sixties fairground rock and roll of Jukebox Queen. It is a bit of a typical glam ‘b’ side.

As I write that drum intro to Let’s Get Together Again is shaking my floor, its 1974 once more and my mother is doing me Bird’s Eye beef burgers with Cadbury’s Smash for tea before Top Of The Pops comes on later. After that I may pop down the road to the petrol station shop for a Fry’s Turkish Delight. Now, I have gone on to appreciate so much more mature, well-crafted music than this over the years but I will never, and I mean NEVER, stop loving this record. Every time I hear it I’m fifteen again and something that gives you that feeling is priceless. 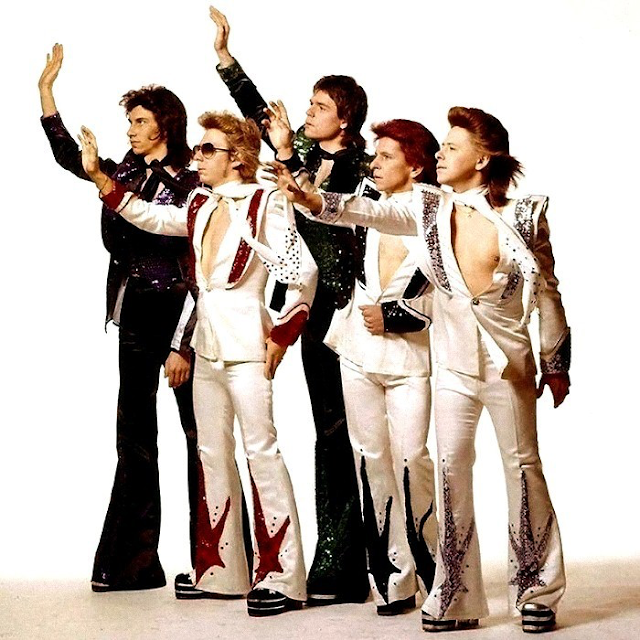