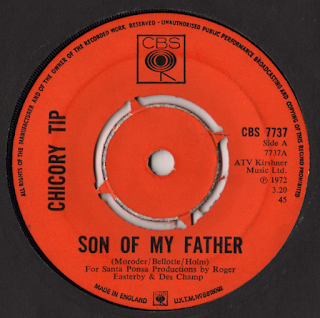 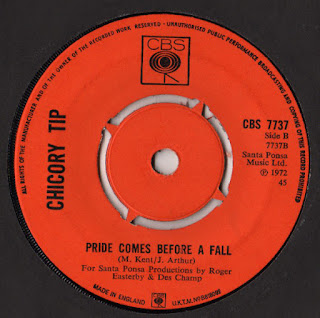 A proto-glam stomper that reached number one in 1972, keeping Don McLean’s American Pie off the top spot, it was originally written by Giorgio Moroder in German and translated into English by Pete Bellotte. Something must have gone wrong somewhere, though, resulting in perplexing lines such as “moulded, I was folded, I was pre-form packed.....surrounded and confounded by statistic fact...”. Apparently some of the confusion was due to distinctively long haired/sideburned singer Peter Hewson misinterpreting what he was supposed to be singing, thus the words seem somewhat burbled. I always thought it went “ruling, I was fooling I was free from drug...”.

There was nothing difficult to grasp about the chorus, however, and soon enough every playground rocked to the sound of the chorus. Of course, many football terraces have used it since.

The song was notable for its use of the Moog synthesiser on its distinctive, singalong riff. Many, many years later, I lived in Otford, Kent, and a couple of the band members played a regular set at one of the village’s pubs, The Woodman, I think. Their set (mostly sixties standards) always finished with a rousing version of the song, with a portable electric keyboard replacing the synth. I surprised them one night by requesting their lesser successful hit, the rocking papa-oom-mow-mow pop of Good Grief Christina, to which they duly obliged. They also had one more minor hit, What’s Your Name, which was basically a re-write of Father, synth-wise anyway. I recall that I used to have it on one of those K-Tel compilations.

The ‘b’ side to Son Of My Father is the typically breezy, melodic early seventies pop of Pride Comes Before A Fall.

Son Of My Father is simply a great single, isn’t it, from its very first captivating synth riff to its clap along fist pumping chorus. Proper seventies pop. I loved it then and guess what, I still do. “Be just like your dabbling father when it seems tradition...”. Indeed. Long live the Tip. 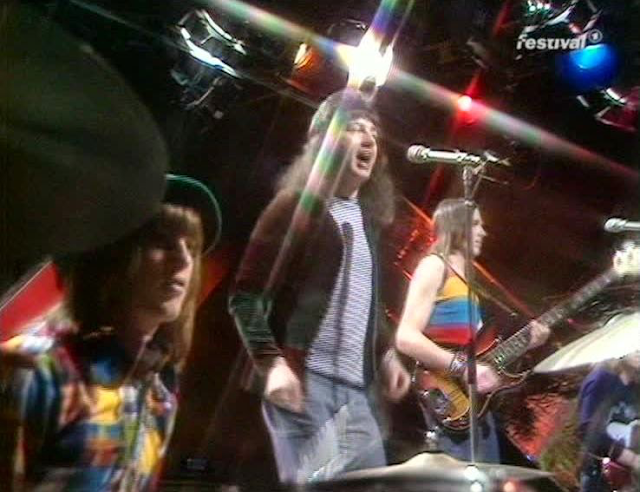 Incidentally, back in the seventies my own father, who knew next to nothing about pop music, used to laugh when I played Chicory Tip and he would gleefully tell me that they had a song called (apparently) “I Love Onions” - finding it hilarious and almost crying with laughter as he mocked my pop music taste. I can still see him doing it now, singing “onions, onions, ha, ha, ha..”, (as he claimed the lyrics went). I scoffed at this and dismissed it, often remembering his idiotic claim every now and again whenever I heard Son Of My Father. Back then, I was insulted by Dad's taunting - how could a "credible" pop group like The Tip do something as ridiculous as this?

Today, I discovered the rather misleading 27 track Chicory Tip Greatest Hits (they had three) and anyway, sitting there proudly there at track 26 - I Love Onions. An extremely silly song it is too. Quite inane.

Well, God bless you Dad (you were right about the lyrics too), I guess that at last, all these years later, with you long gone and now, in a bit of strangely linked symmetry, it shows that I am truly the Son Of My Father.
Email ThisBlogThis!Share to TwitterShare to FacebookShare to Pinterest