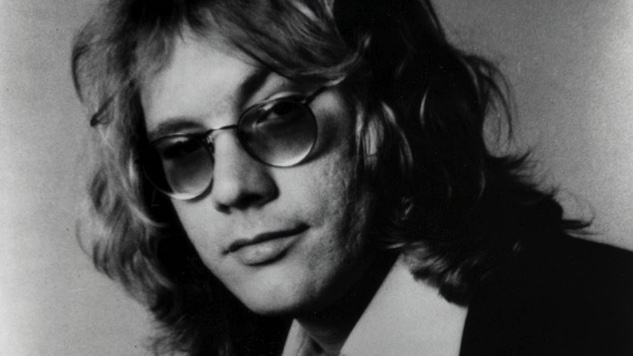 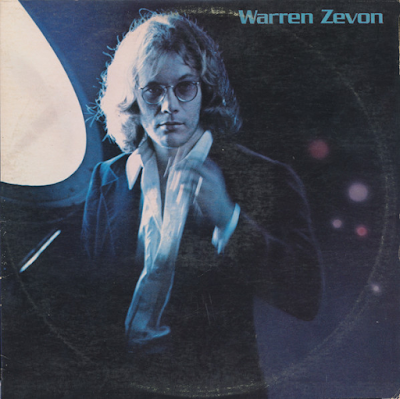 This album, from 1976, was, in effect Warren Zevon's debut (he had released one earlier one in 1969). He is best known for the quirky, appealing song, Werewolves Of London. This album came out the year before. It is a surprisingly dark album, certainly not the breezy West Coast piece of country rock it was often presumed to be. This as probably due to the friends who Zevon called upon to help out on this album - Jackson Browne, Lindsey Buckingham, Glenn Frey, Don Henley, Phil Everly, Bobby Keys, David Lindley, Garry Mallabar, Stevie Nicks, Bonnie Raitt, JD Souther, Carl Wilson and Waddy Wachtel, among many others. Some roll-call.

Zevon writes and sings about outlaws, drug addicts, pimps, gamblers, no-goods and womanisers. Zevon's characters are often unsympathetic, mean-spirited types, but this is sort of overlooked by the irresistibility of his melodies. It is a most underrated but deceptively angsty piece of work.

Frank And Jesse James is a narrative country rock ballad concerning the outlaw James Brothers. It has a feel of Billy Joel's Ballad Of Billy The Kid about it, not least in the rollicking piano. The Joel influence is continued on the energetic Mama Couldn't Be Persuaded, which also has a vibrant, muscular country rock vibe to it.

Backs Turned Looking Down The Path is slightly Ry Cooder-esque, with its slide guitar sound. Once again, it has an infectious melody and vocal delivery. It is top quality stuff. The next two tracks were covered well by Linda Ronstadt - firstly the moving country-ish ballad Hasten Down The Wind and, secondly, the simply glorious, riffy rock of Poor, Poor Pitiful Me. The latter is a stonking, superb rocker. Ronstadt does it justice too.

The French Inhaler is a piano-driven, cynical song about prostitution with a sort of Jackson Browne meets Leonard Cohen feeling to it. A similarly rock/soul ambience is found on the superb Mohammed's Radio. There is some great saxophone from Bobby Keys on this one. I'll Sleep When I'm Dead is a barnstorming rocker describing the thoughts of a drunken nutter, full of pounding drums and blues harmonica.

Carmelita, also notably covered by Linda Ronstadt and Willy De Ville (most suitably) is an absolutely wonderful song, its gloomy drug-addled character telling his sorry over a beautiful Tex-Mex backing. It always reminds me of Delbert McClinton's When Rita Leaves, melodically.
Join Me In L.A. is not a beseechment to come and have some sun-drenched, blissed-out Californian fun, but another hard-hitting underbelly song. It has a gritty, semi-funky backing that suits. Bobby Keys adds some more fine saxophone too.
Desperadoes Under The Eaves is an ecologically-aware song about California slipping into the sea with an Eagles/Billy Joel ambience with a touch of Van Morrison in there too.

Make no mistake this is a really impressive album and one that gets very little mention, sadly. 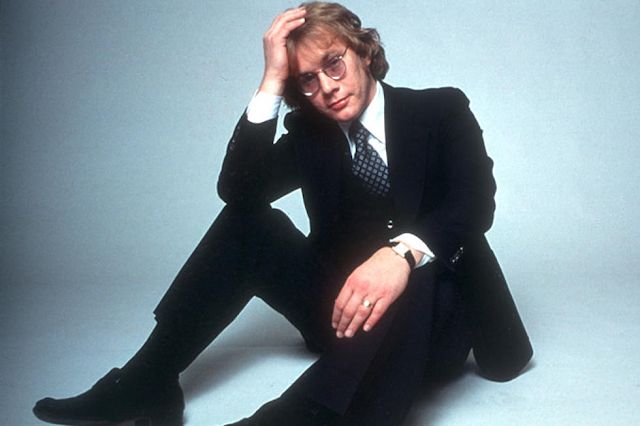 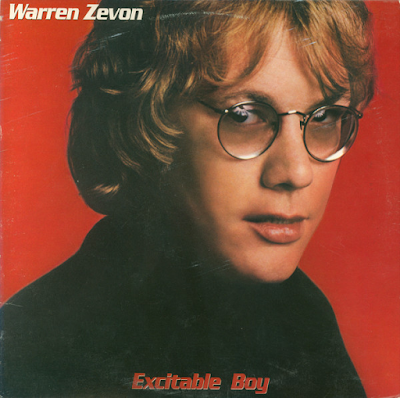 Warren Zevon’s eponymous 1976 album had familiarised some of the cognoscenti with his unique brand of singer-songwriter-ism. For me, this short album (only thirty-one minutes) isn’t quite as good, lacking some of the superb characterisation of the previous album and the lyrical cynicism. It is not without several good points, though, including one obviously stand-out one.

Incidentally, released at the height of punk in 1977, Zevon looks decidedly un-hip on the cover, doesn't he?

Johnny Strikes Up The Band is a chunky rocker to open with, with some great guitar and a strong vocal. There is something about it that doesn’t quite hit the mark with me though, in comparison to some of Zevon’s other stuff. It has great moments, but lacks cohesion and probably ends too soon.
The intriguingly-titled Roland The Headless Thompson Gunner is an unusual grower of a song about a mercenary serving in the Congo, Lebanon and Palestine. While an odd song, it is packed full of atmosphere and gets better with each listen. There is a powerful folkiness about it.

Excitable Boy rocks solidly from its first piano notes with Zevon sounding a bit like Andrew Gold. It is riffy, saxophone-drenched and enhanced by wah-ooh female backing vocals (from Linda Ronstadt and Jennifer Warnes). It is the moment on the album when you sit up and think “yes”, this one is doing it for me. 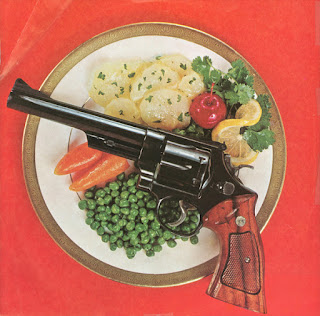 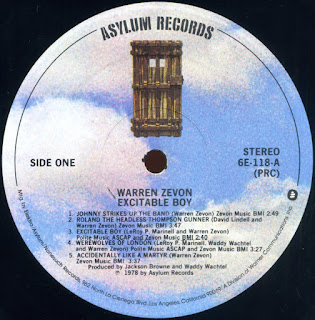 Then there is the well-known and wonderful Werewolves Of London. What a song - the iconic piano line repetition, the mysterious “hairy-handed gent” lyrics, the whole quirky caboodle. Incidentally, Mick Fleetwood and John McVie of Fleetwood Mac supply drums and bass. Just who were the werewolves of London? Or Kent, for that matter? A beautifully weird yet captivating song. I love it every time I hear it. Pictured below is Lee Ho Fook's restaurant in London's Chinatown which is mentioned in the song. An interesting aside, also, is that that piano line was also sampled, to great effect, on Kid Rock's All Summer Long.

Zevon could always serve up a fine piano-driven ballad and he does here on Accidentally Like A Martyr, a very Leonard Cohen-like song with hints of Zevon’s friend Jackson Browne floating around, and Van Morrison too. I’m sure Bruce Hornsby will have been influenced by the piano near the end of this, it sounds just like him. Once again, this is a fine, charismatic track. Listen to the beautiful bass/piano interplay too. 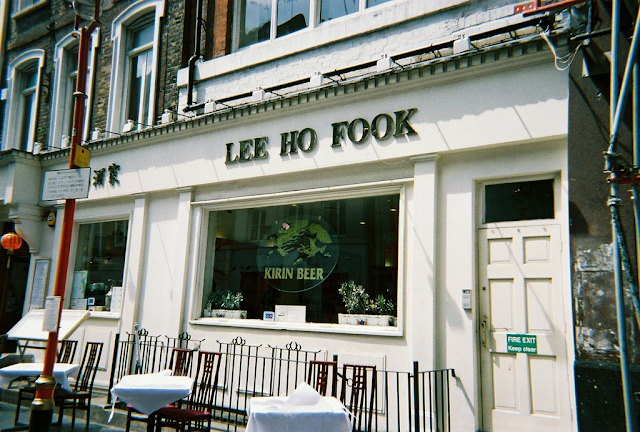 Now, would you believe, we get some funk. A very Another One Bites The Dust riff powers along the gloriously robust Night Time In The Switching Yard. So many artists must have been inspired by this, yet Zevon is not always mentioned. He was a most underrated artist.

Veracruz is an atmospheric historical song about the Zapata rebellion of 1910-1920 (Mexican Revolution) (I think). Zevon always does this Tex-Mex thing very well. It is again Jackson Browne-esque (particularly on the Spanish Lawless Avenues vocals), as indeed is the impressive country-influenced rock of Tenderness On The Block. It is one of the album’s finest tracks. The repetitive guitar riff reminds me so much of something that I just can't get out of my head at the moment. The same actually applies to the vibrant rock of Lawyers, Guns And Money, which ends the album on a high.

The more I listen to the album, the more I like it. It is another underrated gem, quite different from much of the material released in 1977. 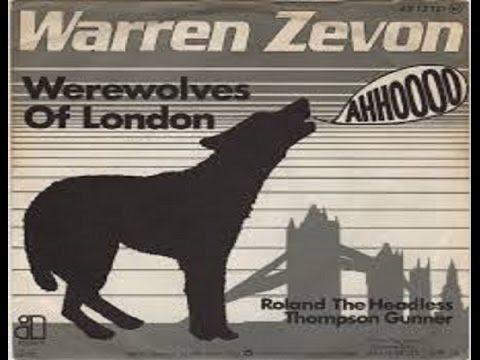