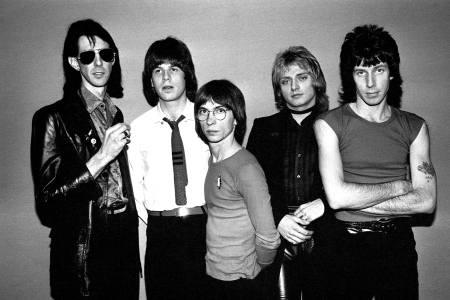 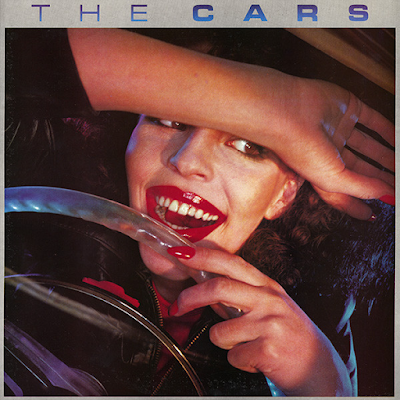 Back in 1978, although I liked the two hit singles from this album, the rest of it and The Cars as a group sort of passed me by as I remained engrossed with The Clash, The Jam, Elvis Costello and The Ramones among many others. For many, though, including lots of music writers, it is at the top of its new wave genre, rather like they all love Television’s Marquee Moon. I may have heard bits of it on the radio at the time, I can’t remember too well, but this is the first time I have given it proper attention. The group looked a bit like a geekier, studenty Ramones but without the genuine quirky menace. Like The Ramones, The Clash and Blondie, though, they released an eponymously-titled debut.

It only contained nine tracks, but they are all around the four minute mark. For me, this album sounds far more post punk than it does new wave, something I have rarely heard mentioned - all those synths and sombre-sounding tunes/vocals. Surely you can hear it?

I seriously loved My Best Friend’s Girl when it came out, with its handclappy backing, jangly guitar and sort of early Joe Jackson ambience. It became a true classic of the new wave. I played it endlessly on the student union jukebox while playing pool and using my cue as an air guitar. It went hand-in-hand with the afore-mentioned Jackson, Elvis Costello, Blondie, Graham Parker and Nick Lowe as very much the sound of 1978-79 for me. 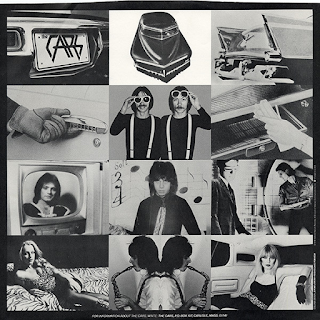 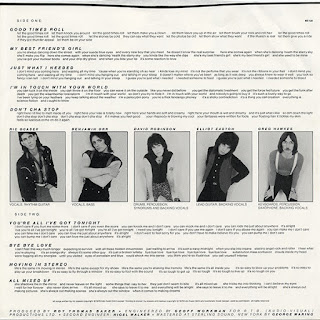 Just as impressive was the powerful, chunky Just What I Needed. I prefer the former single, but this one was good too, although it took too long to get to the chorus. I love the very 1978-79 guitar backing though.

I’m In Touch With Your World is a chugging post punker once again, like Talking Heads and Magazine getting together and asking Brian Eno along to twiddle some knobs. Once again, those spacey keyboard riffs are integral, along with the insistent, repetitive guitar riffs.
Don’t Cha Stop is an upbeat new wave/punk number with a Bob Geldof meets Andy Partridge of XTC vocal and a bit of punky rolling drums in there at one point.

You’re All I’ve Got Tonight is another muscular, plodding number with impressive guitars and drums, but although perfectly acceptable, there is something about it that means it remains a bit ordinary, for me at least. Nothing gets me out of my seat, it has the feel of the sort of run-of-the-mill rock that punk was supposed to blow away. Sorry. It sounds like a cross between The Adverts (Gary Gilmore's Eyes) and The Glitter Band, drum-wise.

Bye Bye Love is a jangly, appealing, riffy song, probably the next best after the singles. Some of Bruce Springsteen’s Tracks box set unused songs from 1979 sounded like this, I’m thinking particularly of Cynthia.

Moving In Stereo was a sonorous, sombre new wave meets post punk grinder of a track. It reminds me of Television a bit.
All Mixed Up is a synthesiser-driven industrial-sounding song that has a certain quirkiness to it, vaguely psychedelic. The saxophone at the end is very early Roxy Music.

So, there you go, an ok album I guess, certainly not a work of genius, and the two singles are still the stand-out tracks.
Candy O (1979) 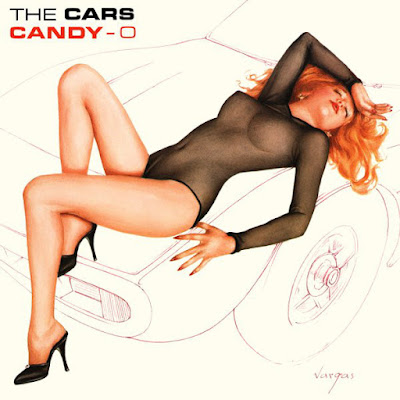 Also enjoyable, though, (possibly more so) was this excellent follow up album from 1979, which, apart from having a wonderfully sexy cover was packed with fine, punchy and catchy organ and guitar-driven new wave material.

It is all largely upbeat fare, with hints of The Ramones on the handclap, riffy Let's Go, Elvis Costello & The Attractions on Lust For Kicks and Tom Petty & The Heartbreakers on Since I Held You in particular, along with some vague post-punkiness on Candy O and even a T. Rex Jeepster-esque riff on Dangerous Type, but never to the detriment of The Cars’ unique sound. It is definitely the match of the debut album, very much tapping in to the sound of 1979-80.

It is one of those albums where, while nothing sticks out incredibly, you still can’t say that there’s a bad track on it. Not at all. Great album of its time.

The Cars were second only to The Ramones in looking weird and geeky, weren't they? 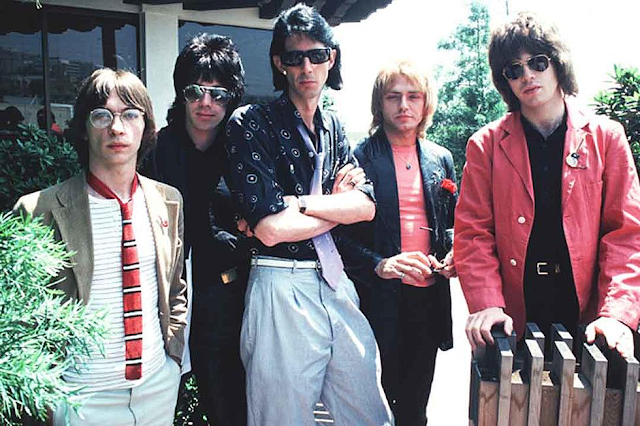