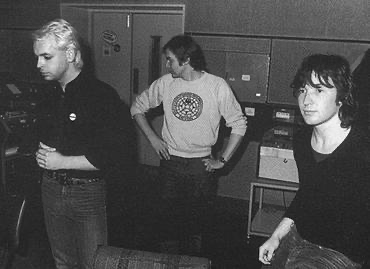 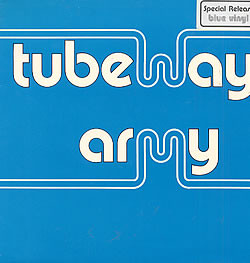 Tubeway Army's little-discussed debut album was a merging of punk, post punk and electronica. It influences are clear - Berlin era David Bowie, Brian Eno, early Roxy Music, The Velvet Underground, early Ultravox!, Kraftwerk, Neu!, Magazine and early Buzzcocks. It was played by only three musicians - the pre-androgyny Gary Numan (vocals, guitar and keyboards), Paul Gardiner (bass) and Jess Lidyard (drums). Refreshingly, the drums on here are "real" i.e. not programmed and the album is surprisingly rock-ish, not nearly as electronic as one might have imagined. It is far more punk/post punk than cold, detached, preening proto-new romantic electronica. Lyrically, it covers several seedy, urban subjects- prostitution ( both straight and gay), drugs, masturbation, life in a coma - a bit like an early Soft Cell.

Listen To The Sirens is a quirky synthesiser, rock drums and robotic vocal track with unsurprisingly mid seventies Brian Eno influences. My Shadow In Vain is a Magazine meets the Buzzcocks punk meets post punk gritty industrial grind.
The Life Machine is a delicious, bassy piece of Teutonica (if there is such a thing), packed full of atmosphere that makes up for Numan's somewhat contrived, sneery vocal. Friends is a riffy, grungy and lively punk-ish number that taps in to the punk/post punk crossover perfectly.

Something's In The House is another hidden gem of a track, with more fine bass/drum interplay. It is a fine example of punk's diversification by late 1978. The swirling synthesiser is pure Ladytron from the first Roxy Music album. It is one of the album's best cuts.
Everyday I Die is the masturbation-themed track and is once more a fine example of 1978-79 post punk styling. There is a hint of the riff from Are "Friends" Electric (the group's forthcoming huge number one hit) in here too. The spacey backing vocals fit the whole image of the song as well.

Steel And You is a marvellous, riffy mish-mash  of chunky guitars and Siouxsie & The Banshees meets Magazine drums. Indeed the whole song sounds very Magazine. There's even a bit of a drum solo and a feeling that Joy Division were listening to this. There is also a real early Buzzcocks feel to it, both musically and vocally.
The quirky, staccato My Love Is A Liquid is very avant-garde for the time. It has a bit of a home-made vibe to it, but it starkness gives it an appeal. Are You Real? has one of the album's strongest riffs and drum sounds. They almost sound like The Boomtown Rats on this.

The Dream Police is very post punk, very 1978-79, pulsating with mysterious, punchy rhythm. The acoustic Jo The Waiter is so Bowie-influenced as to be a bit embarrassing, even down to the slight mockney tones of Numan's vocal. It is well-thought of, critically, however. It concerns a homosexual affair and, in that respect, was pretty ground-breaking.
Zero Bars (Mr. Smith) reminds me a bit of Department S's Is Vic There?. Once more, its sound and vocal delivery is very typical of the era.

I must admit that in late 1978, my attention was on All Mod Cons, Give 'Em Enough Rope, Road To Ruin and This Year's Model and this album totally passed me by. I didn't know of the group until the summer of 1979 and what I presumed was their debut single, Are "Friends" Electric. That is a shame, because it was a fine piece of work that deserved listening to back then as oppose to retrospectively. It would have helped in my musical education. I have to say, too, that is a grossly underrated album. I really quite like it. 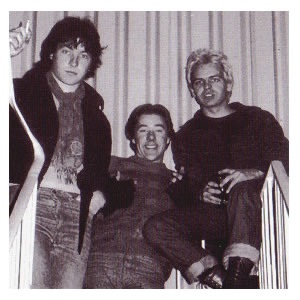 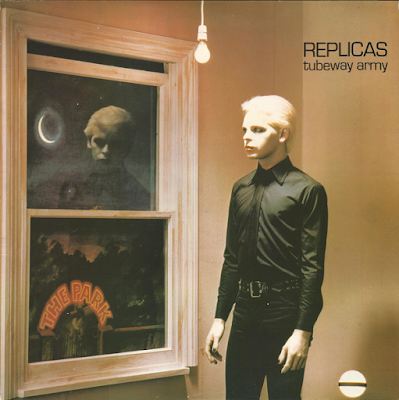 This, the second and final Tubeway Army album is far more electronica than punk and was released off the back of the group's only hit - the surprise number one of Are "Friends" Electric? It was supposedly a "concept" album based on a dystopian novel or something like that, but I can never see that sort of thing. It was at the forefront of a distinct move within music from punk to electronic-influenced post punk - a genre which was sombre, monochrome and baleful as opposed to the tub-thumping confrontational stance of punk. This album shook off many of its Buzzcocks and even Magazine influences to go full on Kraftwerk (check out the group's look on the picture at the bottom) and David Bowie's Low. It is quite a deep, serious-sounding album.

Me, I Diconnect From You is a very electronica beginning, full of synthseiser lines and a programmed-sounding drum beat. Gary Numan's vocals are typically cold, robotic and detached which fitted the whole image.
Then we get the afore-mentioned number one, Are "Friends" Electric?, with its distinctive two-note synth riff and industrially lo-fi, brooding, sonorous backing. Numan's vocals are charismatic and mysterious, inspiring many a post punk and subsequent New Romantic vocalist. His contrived androgyny was Bowie-inspired but also relatively unique too. Again, lots of New Romantics followed his cool, detached, studiedly beautiful lead. 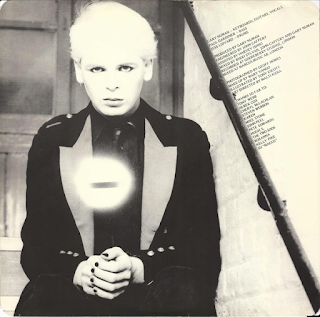 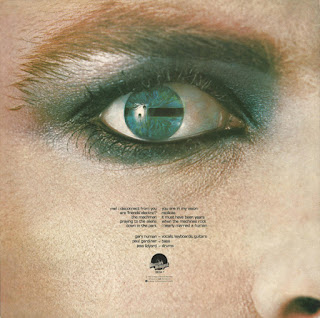 The Machman is upbeat and catchy, paying a bit of lip service to contemporary new wave trends. Praying To The Aliens is a Bowie-like title and has an Ultravox!-style beat with a bit of David Byrne-influenced quirkiness in the vocal delivery. It has a loose, easy appeal to it.
Down In The Park is a dour, slow burning synth-driven number with neo-classical overtones in places. Once again, this is very much setting foundations for much subsequent music.
You Are In My Vision sees a return to the punky riffiness of some of the previous album while Replicas is probably Are "Friends" Electric's closest relation on the album. Again, it is very Ultravox!-ish. It has some fine Low-style guitar on it too.

Chunky guitar drives the impressive It Must Have Been Years. Stuff like this was such a sound of 1979. The instrumental When The Machines Rock is so very Kraftwerk - real late seventies/early eighties catchy synth-rock.
This relatively short album ends with the beguiling and spacey I Nearly Married A Human. It is also an instrumental, which gives the album a Bowie-like second half, ending with two relatively long instrumental pieces. Popular music was changing and this album was at the forefront of that change.

** There were some good non-albums tracks from the album's sessions, including the post punk pop of Do You Need The Service? and We Are So Fragile, both of which could/should have made it onto the album.
The Crazies had a bass line similar to Talking Heads' Psycho Killer, while Only A Downstat is impressive too. We Have A Technical is an eight minute workout but an atmospheric Kraftwerk-esque one. It never gets tiresome, despite its length. 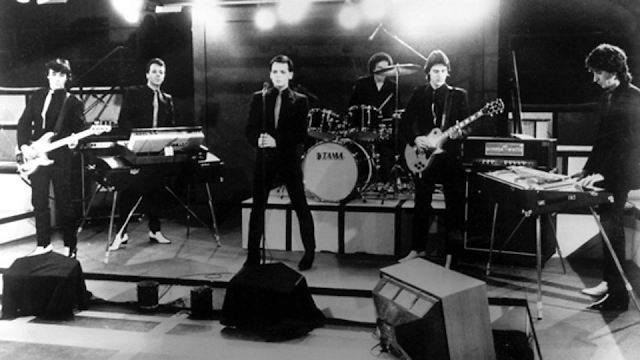