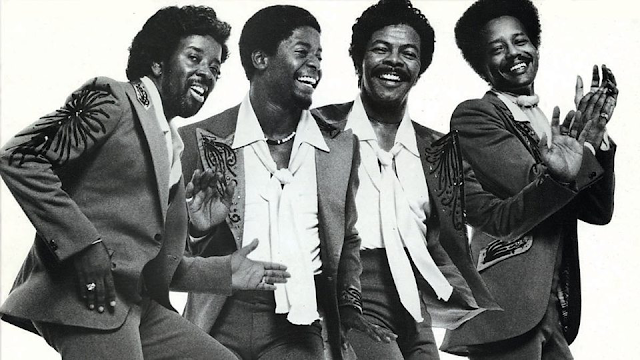 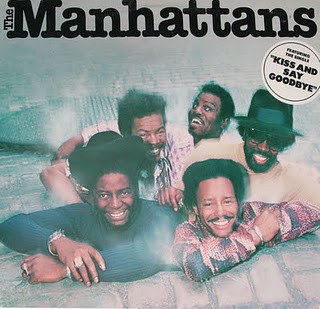 Amazingly, this was the seventh album from five-piece seventies soul vocal group The Manhattans. It was released on the back of their biggest hit, the infidelity-themed heartbreaker, Kiss And Say Goodbye and is largely comprised of lushly orchestrated smooth, slickly produced and beautifully harmonised ballads, with a couple of disco soul numbers in there too. The overall ambience, however, is a laid-back one. Although released on the CBS label, it is a very Philly-sounding offering.

Searching For Love is a melodic piece of string-backed disco soul in the Tavares/Detroit Spinners style. It has a good vocal/percussion/bass interplay bit near the end as well. It has an alternate version with less strings and more of a bassy disco feel, which I prefer.
We'll Have Forever To Love is a slow, tender ballad with one of the spoken intros the group specialised in.
Take It Or Leave It is also from the late night smoocher school. Reasons is a bit more punchy but still sticks to the smooth soul ballad formula.

How Can Anything So Good Be So Bad For You ups the tempo on a delicious serving of Detroit Spinners soul fare. Check out those superb harmonies.
Hurt has a spoken intro and takes the pace down low once more. Those deep, spoken bits are provided by Winfred "Blue" Lovett in true gruff but seductive Barry White fashion. The track was a follow up to Kiss And Say Goodbye and really should have come after that track in the album's running order.

Lovett takes some of the lead vocals on  the sumptuous soul of Wonderful World Of Love and If You're Ever Gonna Love Me, another ballad, features the higher vocals of Gerald Alston.
La La La Wish Upon A Star is very Delfonics-influenced, from the first note. Classic soft seventies soul but a bit more 1972-72 than 1976.

The album ends with an absolute copper-bottomed soul classic in Kiss And Say Goodbye, introduced by Lovett's spoken part and taken skywards by Alston's superb singing part. The extended album version is undoubtedly superior to the unnecessarily-edited single release. Incidentally, the group are backed by Philly house band MFSB on this one. It is just a spine-tingling, beautiful song and stands head and shoulders over anything else on the album, however competent the rest of it is.

This album was all about the vocals. To be honest, I would have preferred a couple more livelier tracks, but the ballads were what the group did best, so fair enough.