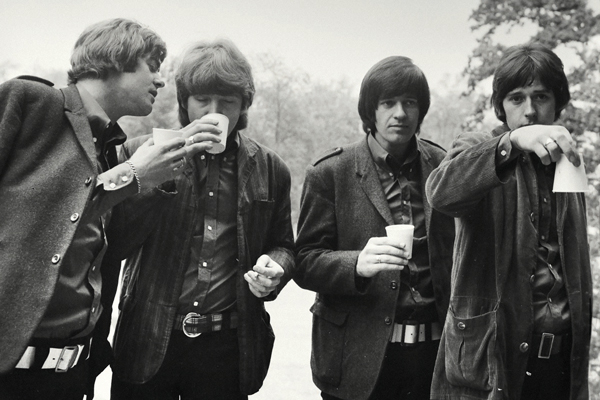 Our Music Is Red - With Purple Flashes 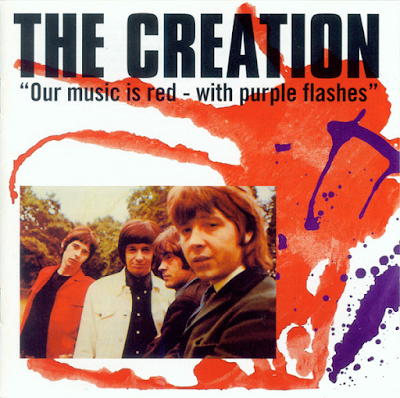 The Creation were formed in the UK in 1966. Shel Talmy, also involved with The Who and The Kinks, was their producer but they were unable to secure an album release in the UK, amazingly. The material that was released came from Germany. They have achieved cult status among connoisseurs of sixties psychedelic/freakbeat/mod sounds and have been hugely influenced on The Jam's early work, Paul Weller was a fan of them way back in the mid-70s. You can hear The Jam in much of the group's crashing Rickenbacker riffery. Just as The Jam were influenced by the early Who, you can hear the latter's influence on The Creation. So much of their output sounds like The Who circa 1964-66.

This is an impressive compilation of the best of the group's work.

An interesting piece of trivia is that on the psychedelic Making Time, they were the first group to play guitar with a bow (before Jimmy Page of Led Zeppelin). Other notable tracks are the unsurprisingly punchy Batman-infliuenced Biff Bang Pow, Try And Stop Me and impressive covers of Dylan's Like A Rolling Stone and Jimi Hendrix's Hey Joe. They deal with rock 'n' rollers Cool Jerk and Bony Moronie enthusiastically as well, a bit like an early version of The Flamin' Groovies. 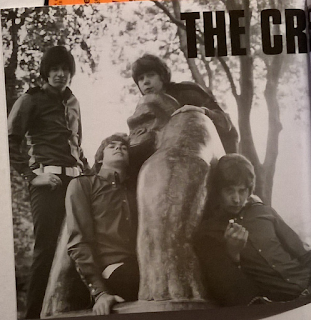 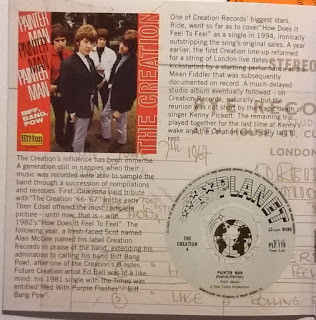 Then there was the catchy Painter Man, which was oddly made in to a top twenty hit in 1979 by Boney M. A more incongruous cover would be hard to find. I remember back in 1979 being puzzled by the cynical lyrics of the song and, not knowing of The Creation's version, thinking what exactly made Boney M do such a song.
As well as The Who-style stuff, the group also produced quite a bit of hippy, trippy psychedelic stuff like Life Is Just Beginning.
Through My Eyes is also a perfect slice of mid/late sixties swirling, druggy psychedelia. If I Stay Here Too Long is a strong Chris Farlowe-type ballad while Nightmares is a very typically 1967-68 freakbeat groove. The rocking Can I Join Your Band is also in the same category. Again, it is very early Who, with hints of I Can See For Miles in places. Listen to those powerful drums too.

Check out the riffy power of How Does It Feel To Feel too, for a bit of Oasis, thirty years earlier. Also The Small Faces vibe of Ostrich Man. Mercy Mercy Mercy is very Rolling Stones-ish, and not just because of the similarity of the title to Mercy, Mercy. I'm not a great fan of the Small Faces-ish kitchen sink “lovable old character” singalong of Uncle Bert, however. There was too much of this sort of thing around 1967-70. Tom Tom is very of its era too, but far more appealing, featuring some bristling guitar.

Although often thought of as an archetypal mod band, possibly because of their hard-hitting, portentous name, for me they are far more of a psychedelic/freakbeat outfit. They exude it from every pore. It is quite incredible that material as good as this did not get a proper release when you consider some of the tosh that did. No wonder the group have become something of a cult interest, they are prime candidates for the great "forgotten gem" category.

The sound on this album is surprisingly good for the era it dates from too, that big, throbbing bass coming over loud and clear. The second half of this album contains 2016 remixes of many of the tracks listed above (I haven't typed them all out here) and they are excellent, with a truly revelatory, wonderful sound. 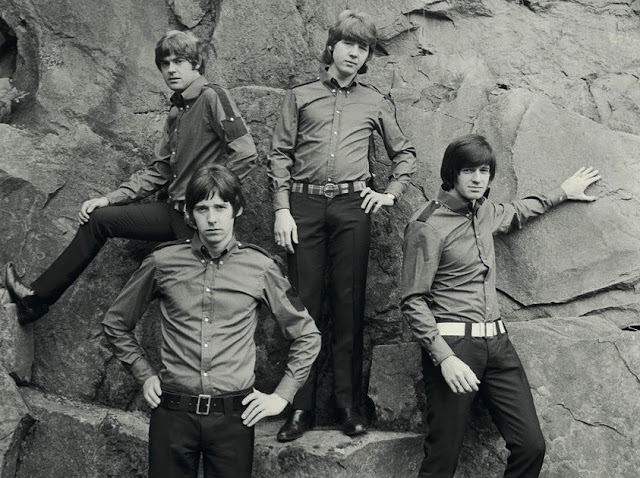