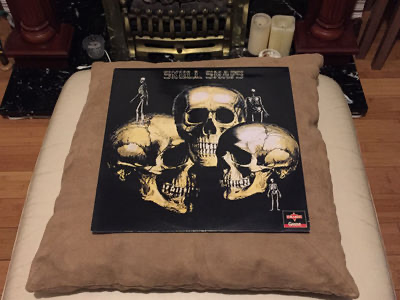 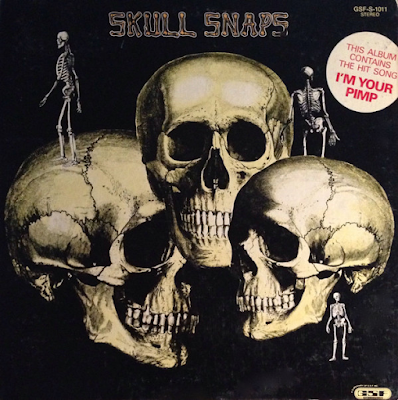 Skull Snaps were a mysterious soul/funk group that released this one album in 1974. No-one knew the identities of their members at the time, although they have become known over time. While it has some gritty, urban Blaxploitation funky moments, there is also some decidedly low-key soul material on here too, particularly at the album's outset. Therefore I am left with a bit of an ambivalent feeling about it, initially, but its earthiness grows as it progresses.

The album starts in retrospective soulful fashion on My Hang Up Is You, which has a definite Levi Stubbs-style vocal and a You Keep Me Hanging On Morse code bleeping bit in the backing. It has a very mid-sixties Motown feel to it. I am sure it would have gained a Northern Soul following too (indeed it did).

The tempo slows down now, however, markedly - Having You Around is a slow, sombre ballad and the Marvin Gaye-influenced Didn't I Do It To You is a rhythmic but slow burning piece of string-backed sweet soul. It is quality soul but I thought Skull Snaps to be funkier than this and, thankfully, my need for funk is satisfied by the arrival of the down 'n' dirty, earthy groove of All Of A Sudden. The vibe is continued on the excellent, cookin' It's A New Day, the best cut on the album thus far. Check out those fatback drums, rubbery bass and funky guitar breaks. It is a track I have been familiar with for quite a while, as it is on a compilation called Stone Cold Funk, from the late nineties. 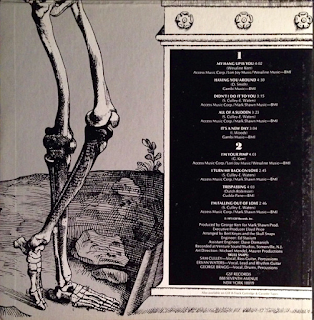 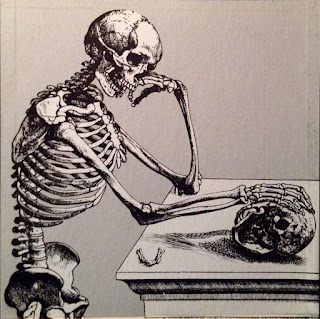 I'm Your Pimp is probably the album's best-known track, with its Shaft-style cymbal hits, killer bass line and thumping beat. Those horns kick ass too. It is another good one. "I'm your pimp, I wear my hat to the side..." betrays a wry wittiness too.

I Turn My Back On Love is a mix of funk and typical seventies soul and also features a bit of a drum solo half way through (only a short one, though). Apparently the drum breaks from this album have been sampled on numerous occasions by hip-hop artists. Trespassing is another excellent, ebullient funker and I'm Falling Out Of Love is another song that merges funk with soul balladry.

While it is a solid, muscular seventies funk album, I feel its reputation and the general level of mystique surrounding it has raised its critical kudos higher than it maybe deserves. Yes, it is a fine funk album, that certainly cannot be denied, but it doesn't get me thinking "wow" and the sound is a bit so-so at times. The drums are top notch throughout, though. With each listen it grows on me, however, so maybe all those who have given it cult status weren’t wrong.

There are two great non-album tracks in Ain’t That Lovin’ You, a slow ballad that breaks out into some fine funk with more great drumming, and the searing, spacey instrumental, Al’s Razor Blade. There was easily room to fit them on the album.

The grainy picture below is the only one I can find of them from the time. 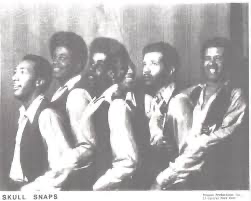