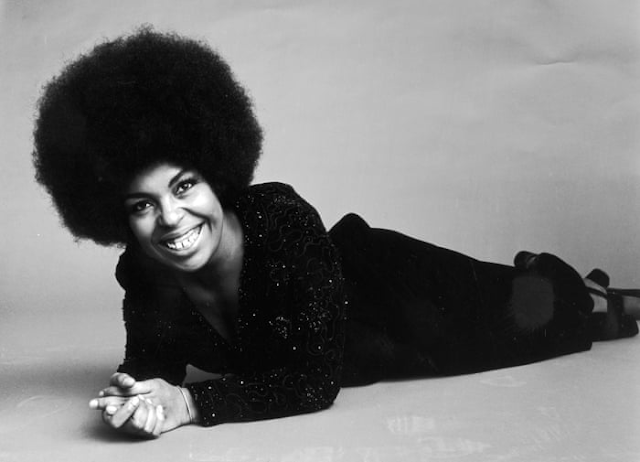 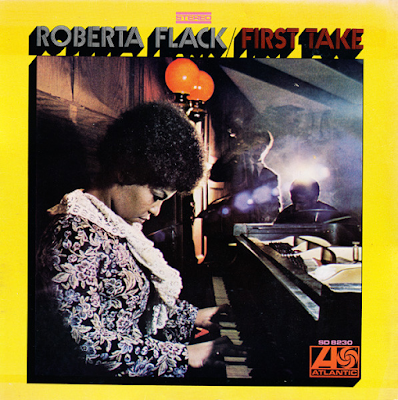 The album starts with a surprisingly hard-hitting, socially-conscious brooding number in Compared To What, which taps in to the protest against contemporary social conditions of the early seventies zeitgeist. Roberta pulls no punches as she lets us know in no uncertain terms that everything is not rosy in a very cynical, brutally honest diatribe, sung over a slow-burning rhythmic backing. It is almost jazzy, gentle funk, certainly not the soulful balladry she became famous for.
The socially-motivated angst continues on the Spanish words of Angelitos Negros. Flack sings plaintively and beautifully over Ron Carter's equally entrancing bass line, bemoaning the fact that painters paint no black angels. Black consciousness in music really made itself known in the late sixties/early seventies, beginning with The Temptations, through Marvin Gaye and The Undisputed Truth to Gil Scott-Heron and many others. Roberta Flack is not often mentioned when that particular sub-genre of soul is spoken of, but parts of this album contain some strong messages. It was also, notably, released in 1969, two years before What's Going On, for example, so it definitely blazed some trails.

Our Ages Or Our Hearts is a bleak but gentle piano-led ballad expressing more heartfelt, important feelings, this time about an age-difference relationship between a 21 year old girl and 34 year old man. It is a Donny Hathaway song, so is not autobiographical. When the subtle percussion kicks in over the bass and the soft strings it is beautiful.
I Told Jesus is a traditional spiritual and is again sung in lovely fashion, over that fine bass again. It is a song that would resonate firmly with the Civil Rights movement.
Hey, That's No Way To Say Goodbye is recognisable as a Leonard Cohen song as soon as Roberta starts singing, because of the rhyme scheme. She delivers it enchantingly over yet another delightfully understated backing. Just check out that bass, sorry to labour the point but it needs doing. There is also a lot about the production here that influenced the Elton John album in 1979, I am sure.

Then, lest we forget, we get the simple romantic glory of The First Time Ever I Saw Your Face, which was a huge number one in the US, and brought to the attention of many in a love scene from Clint Eastwood's 1971 film, Play Misty For Me. For me, now, I cannot listen to it without visualising The character of Will from The Inbetweeners singing it cringily on the beach in Inbetweeners II. Incidentally, when Flack recorded the song she was sad at the loss of her cat and she admits it added pathos to her emotional rendition. I can relate to that.

The social messages are back on the jazzily slow burning Tryin' Times, a Donny Hathaway song also sung by him on his 1970 Everything Is Everything album. It speaks of turning on the TV and seeing footage of demonstrations for equality. In the early summer of 2020, it unfortunately seems that nothing has changed.
The album ends on another stark, sad note with Ballad Of The Sad Young Men. Apart from a few romantic moments, this is largely an album of serious, issue-driven reflection.  It is a bit of an underrated classic. As a soul debut album, it is pretty unique, I have to say. 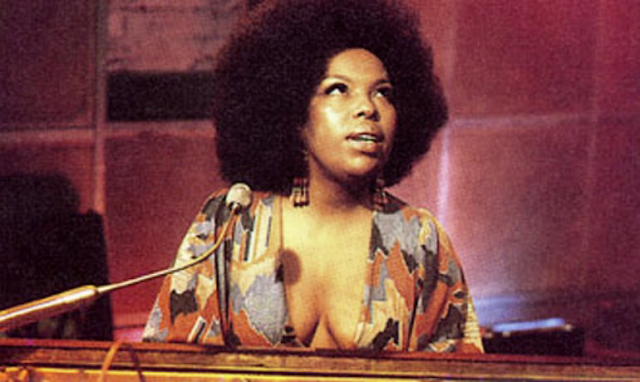 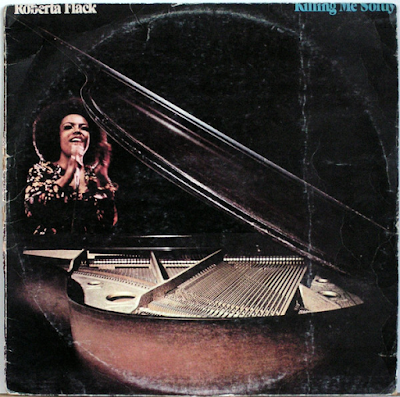 Killing Me Softly With His Song is a classic, known by millions, its gentle syncopation and winsome vocal dominating throughout. It is simply a beautiful song. The false ending at the end where Roberta's voice kicks back in is sublime.
Jesse is a quiet, sensitive string-backed ballad while No Tears (In The End) is a bit of a funky number featuring funky brass and wah-wah guitars, something somewhat unusual in Flack's work. It is probably the second best song on the album with a great funky break half way through.

I'm The Girl sees Flack back on familiar piano-led, bleak Sinatra-esque ballad ground as she laments her own blind loyalty to a no-good man.
River is a slow build up, infectious gospel-influenced song that again features some impressive wah-wah guitar and some slowly rhythmic percussion. It is an enjoyable, solid track.
Conversation Love is a laid-back, slightly jazzy, bossa nova-ish soulful ballad. The tempo changes on the vaudeville, brassy, singalong fun of When You Smile, which has echoes of the sort of thing Diana Ross was doing on her Last Time I Saw Him album in the same year. It just doesn't seem like Flack's sort of thing.

More suited to her usual style was another Leonard Cohen cover in the haunting ten minute version of Suzanne (she had done one on her 1969 debut album). Flack covers the song beautifully singing strongly over a subtle, but intoxicating shuffling backing.

The album is pleasant and relaxing enough in many places but nowhere near as hard-hitting as her debut offering. It is a quiet soul album as opposed to a statement making one. 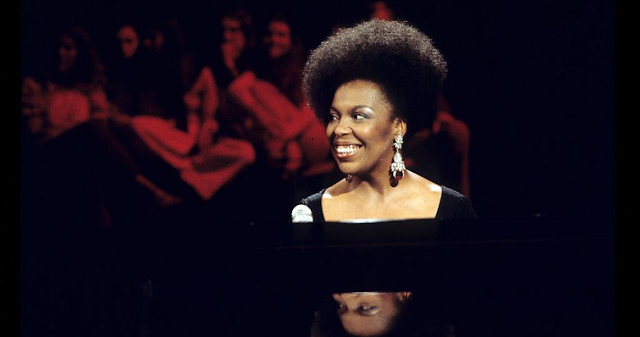