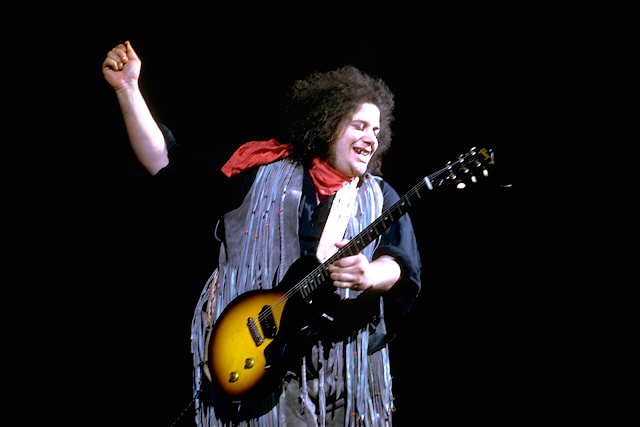 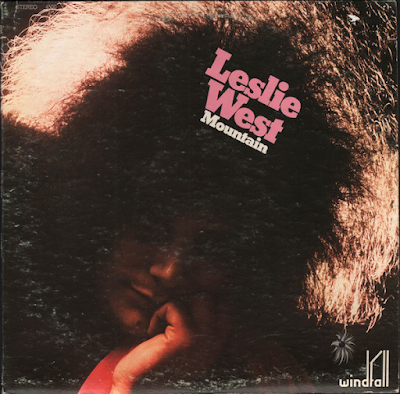 This was the first album from blues rock (with a bit of soul) singer/guitarist Leslie West, who looked a bit like a large-sized Ray Dorset from Mungo Jerry. Released in 1969, it was titled Mountain and a group was formed from the album's title, performing under that name at Woodstock, but this was credited as a Leslie West album. It was played by a trio - West, bass/keyboard player Felix Pappalardi and drummer N.D. Smart II. The trio thing brings to mind The Jimi Hendrix Experience, but there is a definite bluesy soulfulness to the material that puts me in mind of similarly underrated artist Terry Reid who was releasing his first material at the same time.

Blood Of The Sun is a sort of Hendrix meets Cream buzzy, slightly heavy-ish rock workout that highlights West's superb growling voice and guitar prowess. The sound quality is excellent for the time too.
Long Red begins with a bit of proggy organ before an acoustic guitar leads us to West's powerful vocal delivery.  There is a bit of Free and Paul Rodgers about this. Check out that delicious bass line too.
Better Watch Out is a muscular piece of soul/rock with West’s gritty, earthy voice on fine form again over a funky keyboard and fatback drums beat. It also features a country-ish guitar sound. Material like this sort the foundation for much early seventies "serious", bluesy rock. 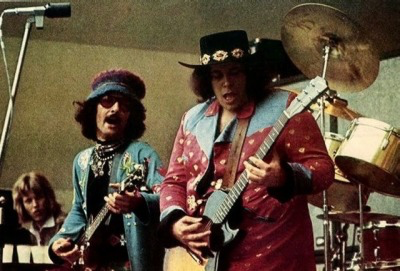 Storyteller Man has a very late sixties hippy/trippy title but it is another solid serving of Free-esque blues.
Bob Dylan's This Wheel's On Fire is given a real late sixties rock makeover - organ and guitar swirling around all over the place.
Look To The Wind is a bit overwrought, lyrically, but that is nit-picking, really, its riffs are still top notch.
Southbound Train rocks like hell, paving the way for the likes of Nazareth a few years later. The strong, kick-ass ambience finally calms down on the plaintive, acoustic ballad that ends the album, Because You Are My Friend. It is a bit dreamy and folky but what the hell, this was a fine, ground-breaking album that deserves more attention than it has got over the years.