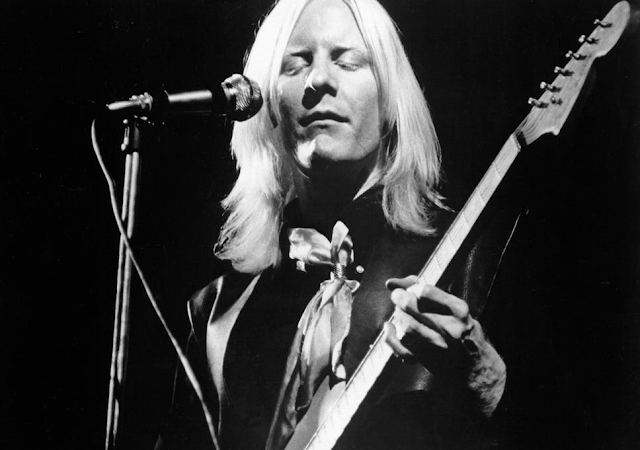 "When I started workin' with Muddy. That convinced me that I could get away with doin' the blues" - Johnny Winter 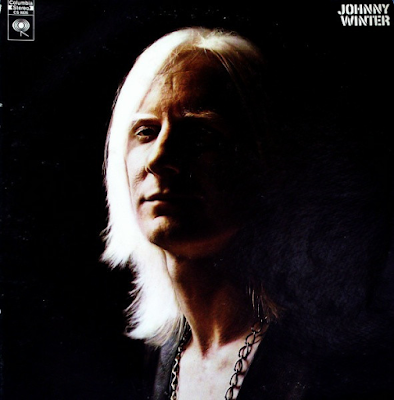 This was charismatic-looking white-haired blueser Johnny Winter’s second album, released in 1969, and a classic serving of robust blues rock it was too. Rough and ready, but with a good sound quality at the same time. Like Free and The Allman Brothers Band - proper blues rock. It is a mix of muscular blues rock and authentic blues covers.

I’m Yours And I’m Hers gets the album off to a barnstorming start with some loose, meandering guitar, sharp cymbals and a vibrant feel that, while bluesy, is more rocking than traditional blues. The lead riff is a knife through butter one too. Be Careful With A Fool uses a more regular blues rhythm, one used by many, but, if you like it, you like it. Winter’s voice growls gruffly over the visceral, cutting guitar, sounding like a veteran bluesman, despite his distinctly un-blues appearance. Dallas is a suitably scratchy piece of authentic, finger-picking acoustic blues.

The muscle returns on the slow but punchy Mean Mistreater, enhanced by some impressive wailing harmonica. The bass is played here by legendary bluesman Willie Dixon. Leland Mississippi Blues has one of those classic chunky blues riffs - “da-da, da-dah..”, you know how it goes, easy to sing along to. Uncompromising stuff.

Sonny Boy Williamson’s Good Morning Little Schoolgirl is given the upbeat, driving treatment one would expect. Many artists have covered this, and this one is up there, but I prefer Van Morrison’s version. Robert Johnson’s When You Got A Good Friend is given a Beggars’ Banquet bottleneck guitar delivery. I’ll Drown In My Tears is a slow-burning rock ‘n’ roll style ballad featuring some convincing horns. Back Door Friend, a Lightnin’ Hopkins song, is an abrasive, harmonica-soaked number.

This was an earthy, honest album of potent blues rock. You can’t go too far wrong with it.

Winter also played a storming set at Woodstock in the summer of 1969, and this is available, along with this studio album as an appetiser, on The Woodstock Experience compilation. Only one song from the album makes the set, however - Leland Mississippi Blues. Other highlights are the rousing upbeat blues rock of Mama, Talk To Your Daughter and a great cover of Chuck Berry's Johnny B. Goode. As was the Woodstock thing, some of the tracks are extended way too long - the fifteen-minute You Done Lost Your Good Thing, for example, but they all did it - Jefferson Airplane, Janis Joplin, Santana. It was just the way it was, they got into a groove and kept it going. Punk would blow all that away, of course, but there is still something appealing about the ability to jam, effortlessly, for so long, all the band in total sync with each other. 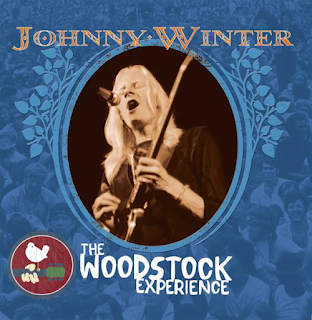 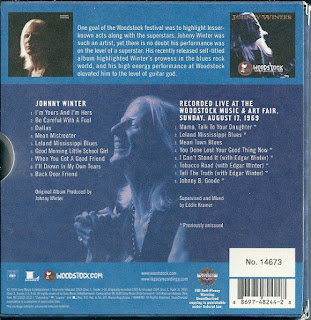 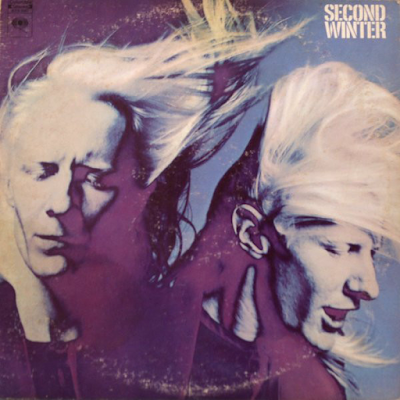 A "triple" album, this, from later in 1969, that saw three sides of vinyl taken up and a fourth left blank. While it is not as gritty and raw as the previous album, it benefits from a superior sound, a warmer vibe and possibly more cohesion. Sure, it is bluesy, but it is blues with added tangents. I have to say I feel it beats its predecessor hands down, and that was certainly not a poor album. The latest deluxe edition remastering of it is simply sensational in terms of sound quality too. One of the best I have heard from the period.

Memory Pain is a superb opener - bluesy but also full of searing lead guitar, great bass and a rock beat as opposed to a traditional blues one. It is very much blues rock. That deep bass on here is just as I like it. This appealing vibe is continued on the marvellously bassy, almost funky groove of I'm Not Sure. It features a killer keyboard backing too, and Winter shows his voice to be most versatile. The quality continues of the pulsating rock of The Good Love, which is very Allman Brothers in its sound.

Now it is time for Johnny to go all rock 'n' roll, and you can what John Lennon used as his template for his version of Slippin' And Slidin', in 1974, this one. Winter's version outdoes it, though, with a superbly lively, energetic, toe-tapping delivery. Little Richard's Miss Ann is a fine serving of rock 'n' roll blues, with some corking guitar and saxophone, while Chuck Berry's Johnny B. Goode is the rocking fun you would expect it to be, even if Winter seems to slightly mess up the iconic intro (to me anyway).

An absolute highlight of the album is the piledriving cover of Bob Dylan's Highway 61 Revisited - a song which was made for a blues rock covering if ever a song was. Dylan covers do not always work but Lordy this one does, big time.

The rest of the album features Winter songs. The blues rock sound returns on the storming I Love Everybody, with its hypnotic and melodic bass line. Hustled Down In Texas is a frantic paced, riffy rocker while I Hate Everybody is a jaunty piece of unexpected jazz that finds Winter sounding like Georgie Fame and Van Morrison. It is this ability to surprise that makes this album so special. Fast Life Rider is a seven minute closer with a funky drum intro, equally impressive guitar and bass and improvised soloing all over the place. The band cut loose throughout on the album's heaviest number.

As I said earlier, this was an album of considerable variety within its essential blues rock framework. Sonically and musically it was way ahead of its time. Nice one. I love the blue cover too.

The non-album tracks include the gritty, upbeat blues rock of Early In The Morning and the impossibly groovy, organ-driven instrumental Tell The Truth. It is a Ray Charles song they add the lyrics to when played live. Johnny's brother Edgar Winter, of Frankenstein fame, is on organ, as indeed he is throughout the album. One feels both of these plus maybe one more track could have been put on the blank fourth side of the original vinyl release.

Also included on the deluxe edition is a live set from The Royal Albert Hall in 1970. Once again, the sound quality is excellent and, interestingly, they played Frankenstein here, three years before it became a chart hit for Edgar in 1973. 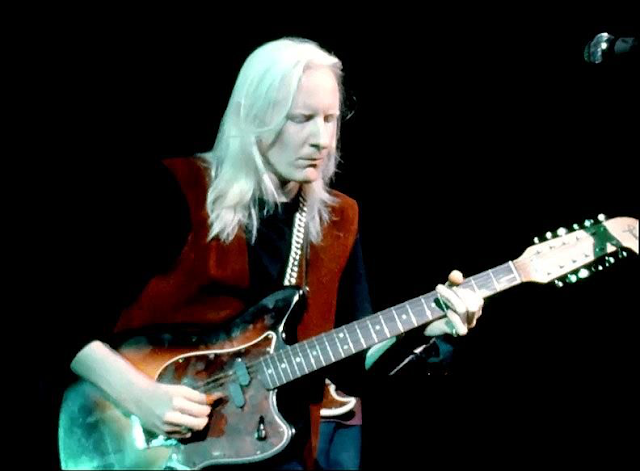