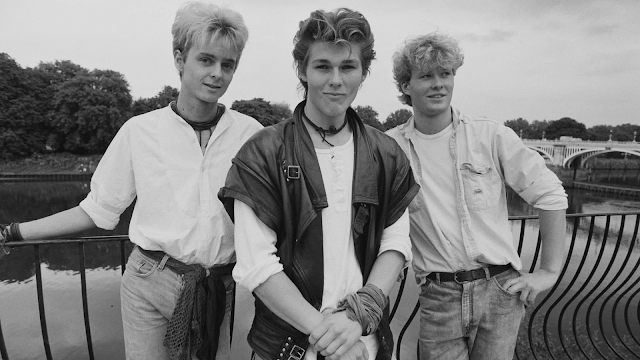 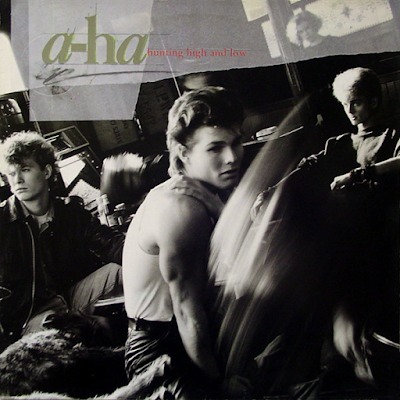 Now, I am not the biggest fan of synth pop or indeed much of the keyboard-driven, programmed drum fare that emerged around 1981-82, initially under the generic genre name of "new romantic", it all sounded cold, soulless and homogenous to me. Well quite a bit of it did, anyway. That was down to me, I'm just not that big a keyboard/electronica sort of guy. This, the 1985 debut album from Norway's only really successful band, a-ha, fits into that category although it undoubtedly carries something about it that makes me give it more than just cursory attention. I have to admit that, within its genre, it is a good album.

Although it is all synth pop material, making it difficult for me to detail each song as I normally do - I simply find it difficult to differentiate between many of them - there is a grandiose, sonorous haughtiness to it that renders it an enjoyable enough listen for half an hour or so.

The group were two blonde, somewhat geeky looking blokes and the exceptionally good-looking singer Morten Harket, who had the look of a prettier, heavily accessorised David Bowie (sorry David). He definitely had a charismatic look about him. They are often written off as a one-hit wonder group in that their first single, the lead-off track here, Take On Me, was a massive number one. They are a bit more than that, however, as this album proves. Even though the music is not my absolute favourite in style, there is an intelligence to the lyrics and a creativity to the general nature of the sound that makes it completely credible. 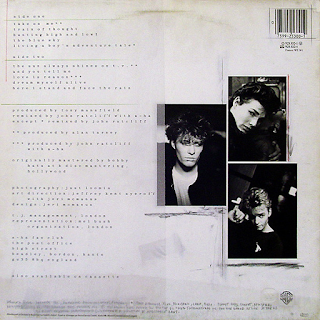 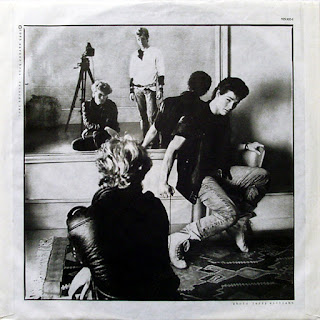 The remarkable Take On Me is definitely a song that sticks out from the rest, from its infectious synthesiser riff opening, through its clever verses and reaching a peak with Harket's captivating falsetto howl. It was obvious why it was such a big hit, it is thoroughly unique. Incidentally, the song was originally released in a slightly different, quirkier form. It was the second release version that was the more successful and the one that everyone knows. Then there is the extended version that appears on the album here. This is my favourite one of the three. So many eighties songs seemed to have several versions, it seemed, like Frankie Goes To Hollywood's Relax. The album contained another big hit in the also appealing and catchy, but more subtle, vaguely ABBA-esque The Sun Always Shines On TV. It sounds so very 1985 to me, I actually find it quite nostalgic, despite my clear preferences for other eras of music.

Other highlights are the atmospheric and late seventies/early eighties Bowie-esque Train Of Thought, the Ultravox-influenced The Blue Sky and the beguiling Hunting High And Low.

Living A Boy's Adventure Tale reminds me of ABC, and Harket had mastered that new romantic haughty sound to his vocal. There is even a Morrissey-like sadness to his voice in places, as well as the obligatory high-pitched bits.
And You Tell Me is a short, plaintive sub-two minute number while Love Is Reason goes full-on upbeat synth pop and is probably Take On Me's closest relation on the album.

Dream Myself Alive is a quirky piece of synth pop that is so typical of its era, with Harket delivering a very new romantic-style vocal and Here I Stand And Face The Rain is a slightly incongruous, low-key acoustic-enhanced closer. Well, there you go, I have actually differentiated between the songs and mentioned them all. I have surprised myself. I have thoroughly enjoyed this album, but it's back to the sixties and seventies now, for some blues rock, punk, soul or reggae - some of my comfort zones. 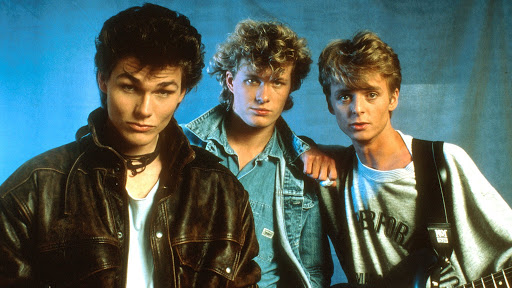