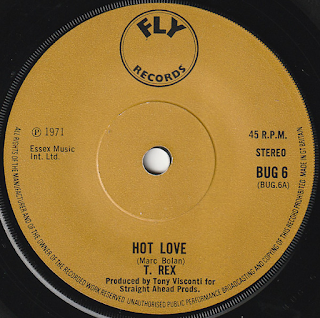 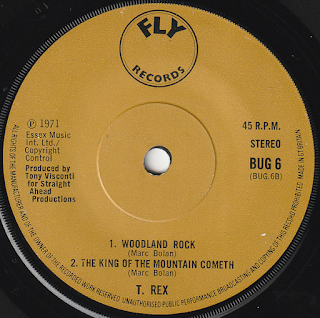 It was the spring of 1971 and this song was everywhere. It was a huge number one and its extended Hey Jude-style refrain was sung by everyone, from kids like me in the school playground to massed football crowds. Even my father, who hated pop music, liked the song, attracted by its quirky rhyming couplet lyrics like "she's faster than most and she lives on the coast..." and "she ain't no witch and I love the way she twitch...". He worked for a BBC radio station at the time and managed to get hold of a copy of the single to play at home. I played it, and its double track 'b' side endlessly, right through into the summer.

The song was notable for Marc Bolan and T. Rex in that, for the first time, they included a full drum kit, played by Bill Legend, lanching the T. Rex glam sound. Bolan's vocals were as fey and warbling as they always had been but, also notably, he appeared on Top Of The Pops wearing "glitter tears" under his eyes - glue-on glittery teardrops. At that moment, no exaggeration, glam rock was born. While the song was a stomper in the way that glam rock progressed, it had the image in its singer and it had that catchy, singalong hook. Its appearance in the charts, on the airwaves and on the TV cannot be underestimated. It was seismic. Apparently it was recorded at 4 am one morning after the group had downed a whole bottle of brandy, so there you go - a huge effect from one drunken beginning. 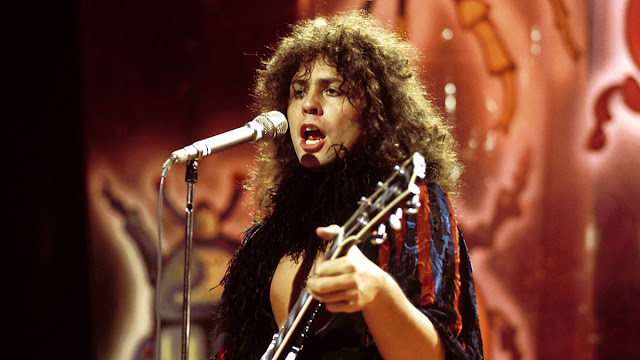 The 'b' side contained two songs - the folky but infectious throwback to the group's earlier material in the mystic vibe of King Of The Mountain Cometh, with its beguiling Tolkienesque lyrics, and Bolan's unique style of rock 'n' roll on the poppy Woodland Rock.

After this, T. Rex dominated the airwaves and the charts for what seemed like ages but was actually only about two and a half years, but what years they were. 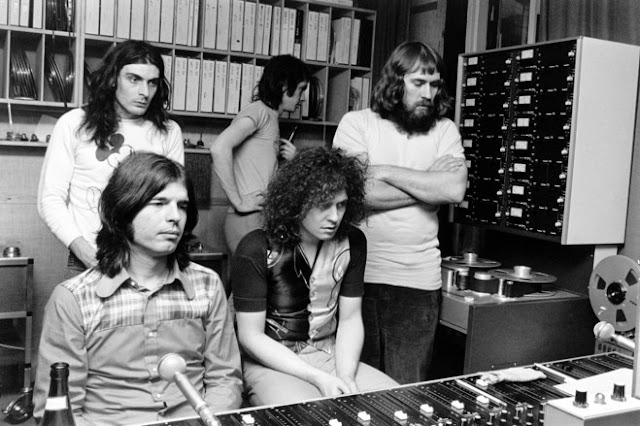