The Crazy World Of Arthur Brown 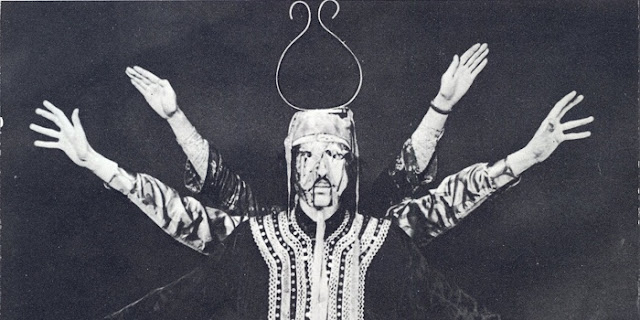 "My hair was singed many times, my clothes caught fire once, and we were always leaving burn marks on stages. But my face only got burnt on a couple of occasions" - Arthur Brown 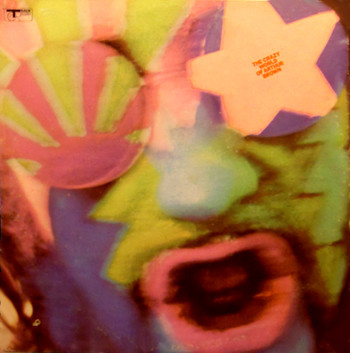 This was the only album released by psychedelic nutcase Arthur Brown and his Crazy World band. Produced by Who producer Kit Lambert, with help from Pete Townshend, it is a superb period piece/curio and also far more influential than many give it credit for. Many progressive rock bands, heavy metal singers and goths will have dipped into it for inspiration. It actually got to number two in the UK album charts.

Arthur Brown was on vocals, Vincent Crane on organ, Drachen Theaker on drums and Nick Greenwood on bass. Session drummer John Marshall filled in on drums on tracks six and ten.

Prelude - Nightmare is a very late sixties piece of psychedelia - all swirling organ, crazy drums and ominous-sounding, sonorous vocals with some proto-heavy metal shrieking from Brown. Ian Gillan no doubt took note, as did Jon Lord to those organ breaks, I'm sure. Together with the next track, they both set the scene for the album's centrepiece.
Fanfare - Fire Poem has some unsurprisingly bizarre spoken poetry before it breaks out into a madcap piece of keyboard, drums and bass-powered sixties backing and Brown's equally crazed rantings as he builds up towards the iconic proclamation of "I am the God of hell fire!!!".

Fire is a true psychedelic classic from 1968  - I remember as a nine year-old making the same proclamation in the playground after seeing Brown perform the song on Top Of The Pops in a flaming headress (which actually burnt his head) - the song is a wonderfully bonkers affair, backed by organ, drums and a bass pedal for that deep, rumbling sound - no bass guitar or lead guitar, notably - and embellished by Brown's lunatic, leery, charismatic vocal. It was possibly one of the first genuine psychedelic hits. It also uses some horn and string overdubs to great effect and has a deceptively quiet, dreamy hippy "bridge" in the middle before the demonic, Mephistophilean lunacy returns. It was a delightfully nutty one-off of a single. At nine years old I absolutely loved everything about it. So did many more as it went to number one.
The bass guitar returns on the atmospheric, brooding Come And Buy, which sees the manic, demonic fires die down a bit on a very Doors-esque - it contains the lyric "funeral pyre", like Light My Fire) - haunting number.
Time/Confusion begins in similarly understated fashion, featuring some impressive drums and Confusion is a very Alice Cooper-esque final part. Cooper must have been influenced by this. Brown's high-pitched maniacal voice is back at the end as the organ gets more and more frantic.

So, that was side one - the journey into the fires of hell. Side two began with a psychedelic, organ-driven cover of Screamin' Jay Hawkins' blues, I Put A Spell On You. The sound is a bit scratchy on this one in contrast to the previous material.
Spontaneous Apple Creation is an early example of prog rock - basically a serving of semi-spoken nonsense backed by some indulgent, quasi-classical organ noodling. Despite that, I still like it. "Three million people told butter from Stork..." was a wry reference to a contemporary advertisement for a butter substitute (Stork) which said "you can't tell Stork from butter...".

The 'b' side to Fire was the bassily groovy and gently enjoyable Rest Cure - an appetising serving of 1968 on a plate. It is full of organ, bass and infectious drums together with some dreamy strings. I love the warm bass line on it. Brown's vocal is more controlled in places, too. Arthur then gets the funk on a lively, enthusiastic cover of James Brown's I've Got Money.

Child Of My Kingdom is a sprawling closer with several changes of pace and mood, jazzy piano and prog stylings. You can imagine people like Dave Greenslade being inspired by this. Again, it is very Doors-influenced (or did it influence The Doors?). The band stretch out, instrumentally, on this one and show that they can really play, it was a shame that it all ended here.

All mad as a box of frogs, but very enjoyable. Delightfully so, in fact. 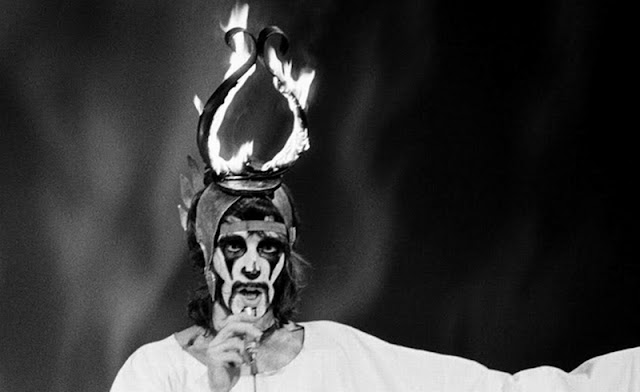