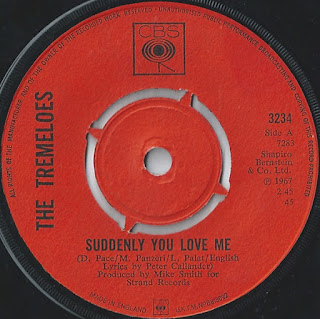 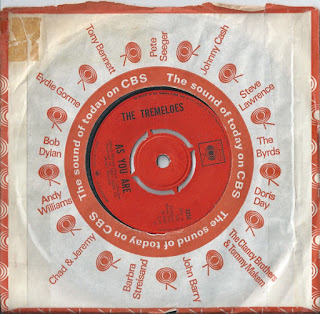 This was the first single, from 1967, that I was aware of physically picking up, putting on a record player and playing. I did so at the house of a fellow nine year-old who had, in an act of considerable maturity, bought the single. His younger sister danced around to it while we intently listened, setting down standards of behaviour that would last years.

I remember picking up the record and studying everything about it - what was written on it (songwriters, serial numbers, year of release, length of the song etc). I was fascinated and can picture myself in that room to this day. 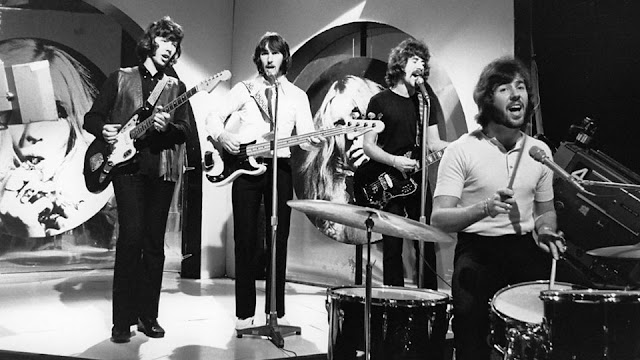 Regarding the song, sung by a contemporary group to The Beatles in the poppy Tremeloes, is full of sixties-style organ, woh-oh vocal breaks, handclaps, a catchy, singalong chorus and that strange "zi-zi-zi-zi" bit at the end of each chorus. In 1967, however, The Tremeloes hadn't followed The Beatles down the road to Rishikesh, they were still pure sixties pop and there was something refreshing about that. Pre-1966, they had been known as Brian Poole & The Tremeloes, before Poole left to pursue a solo career. An interesting piece of trivia is that lead vocals were then taken, as they are on this single, by Len "Chip" Hawkes, father of eighties one-hit wonder Chesney Hawkes.

The 'b' side, As You Are, is a very 1967, slightly freakbeat-sounding number (but veering more to pure pop) with Beach Boys influences clear on its high-pitched harmony vocals and a nice bass line. It is a pleasant pop song but not quite as instant as its 'a' side. It's a good one though.

An even earlier memory for me was the group's 1966 single Silence Is Golden, which I distinctly recall playing on the radio as my mother and I shared a picnic with some neighbours in a wooded clearing somewhere ( I don't know where). I serenaded another boy present - who was called Simon - with my inspired interpretation of the song as "Simon is golden". I've always sung it that way ever since. 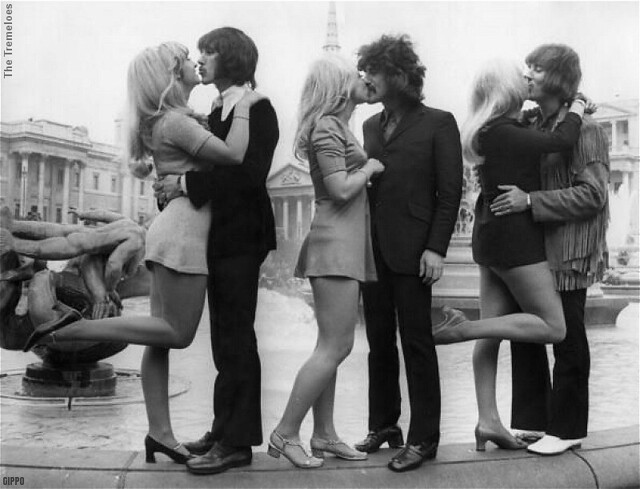