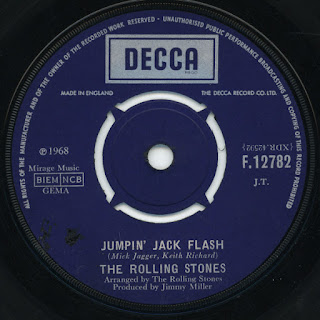 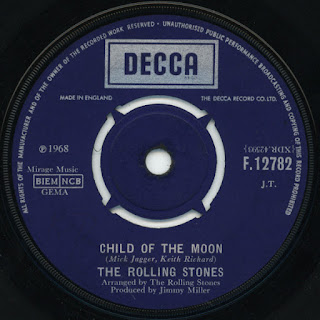 Although I had, of course, been well aware of The Rolling Stones before their May/June 1968 hit, Jumpin’ Jack Flash, it was this song that really confirmed that I leaned to The Stones over The Beatles. There was an accompanying black and white “video” to the song that got played on Top Of The Pops in which the group looked menacing, decadent and pretty dodgy overall. A leering Mick Jagger wore Native American-inspired warpaint and Brian Jones and Keith Richards sported huge dark shades. Even Charlie Watts and Bill Wyman had a bit of make-up on. You wouldn't want to meet them in a back alley. This appealed to my inner nine year-old burgeoning anti-authoritarian rebel streak. After listening to this I wasn’t going to take any shit from my primary school teachers...

The song is a masterpiece of edgy, scratchy riffery courtesy of Richards (although Wyman claims to have written it, uncredited) and Jagger delivers a superbly drawly vocal on lines like “I was bawwwn in a crossfire hurricaaaayyyne...”  and “I wawws raaayysed by a toothless, bearded haayyyg...”. It sure blew those poncy Beatles away, for me. Lennon could be as sarky as he wanted, he still could come nowhere near the down ‘n’ dirty sneer and grubby power of this lot. They infuriated parents, teachers, MPs and the older generation in general and that was fine by me. That was when I realised rock could be used as a social weapon. What would attract me to punk’s ire seven years later was instigated when I first heard this record. Music could contain fire and anger and could exorcise your demons. This was not pop, it bristled, burnt and bawled from beginning to end. This was something different.

The song has been played by the group more than any other in concert and was named after Keith Richards’ gardener, whose clumpy footsteps woke Jagger one drug-addled morning at Richards’ house - “don't worry - that’s jumpin’ Jack” said Keith (approximately) to a bemused Jagger. The rest is rock history. Richards also stated that the “crossfire hurricane” line referred to his having been born during a German air raid on Dartford in 1943. It was also memorably performed with John Lennon for the Rock And Roll Circus film. The most famous cover of the song was probably Aretha Franklin's 1986 one (which featured Richards and Ronnie Wood). 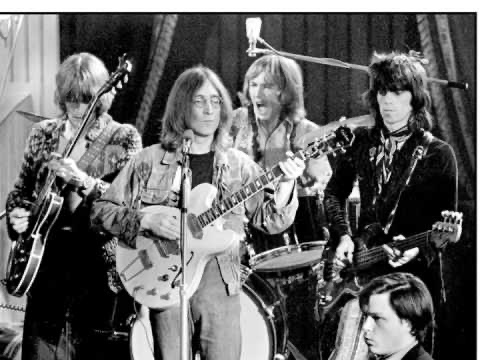 The ‘b’ side, Child Of The Moon, is a deliciously buzzy, psychedelic grunge that reminds me somewhat of The Beatles’ Rain, although Jagger’s vocal is positively Dylanesque at times. Charlie Watts’ drumming is very Ringo Starr-inspired, you have to admit. It was a throwback a year to Their Satanic Majesties’ Request - no country rock or Delta blues here. Together with the ‘a’ side, these two tracks represented some of the most demonic, dark examples of The Stones’ late sixties ouevre.

Probably the best way to listen both of the tracks is in their original, thumping mono. Much as I like stereo, the stereo recording of JJF has always sounded a bit flaky to me, difficult to pinpoint, but something not quite as pure as the mono recording.

What was odd for me as a ten year-old was that I loved this, but I also loved The Archies’ Sugar Sugar. Then again, in 1977, as well as listening to The Clash, I enjoyed the occasional dose of The Carpenters. I have always been a bit of an enigma. 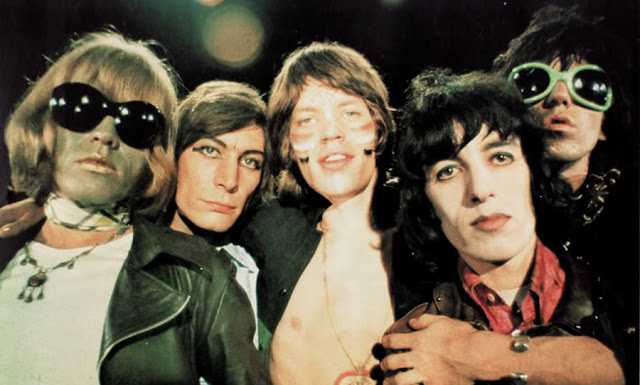