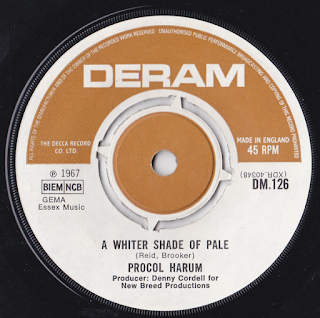 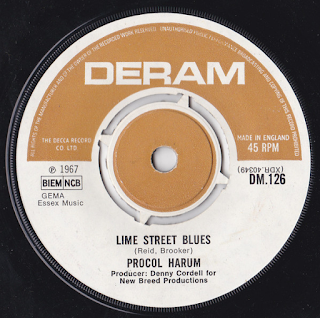 In the summer of 1967 I suddenly became aware, at eight and a half years old, that the pop music I heard on the radio could be serious and credible, and that it wasn't just "she loves you yeah yeah yeah...". One record alone was initially responsible for that - Procol Harum's A Whiter Shade Of Pale. It was a song packed full of mystery and evocation, even to a child like me. My mother, who loved her music, was a big fan and helped to convince me that that it was a song I should be appreciating.

Built around a now iconic Hammond organ intro based on J.S. Bach's Air On A G String and a bit of Percy Sledge's When A Man Loves A Woman, it is anthemic and atmospheric. I remember seeing the group perform it on Top Of The Pops with one of the members, organist Matthew Fisher, wearing a monk's cowl, adding to the intrigue.

Lyrically, it is just as beguiling. Written by the group's lyricist, Keith Reid, who didn't play or sing on the recording it is about God knows what. Most people, including myself, presumed it to be drug-addled nonsense but Reid had this to say of it -

"....I was trying to conjure a mood as much as tell a straightforward, girl-leaves-boy story. With the ceiling flying away and room humming harder, I wanted to paint an image of a scene. I wasn’t trying to be mysterious with those images, I was trying to be evocative. I suppose it seems like a decadent scene I’m describing. But I was too young to have experienced any decadence, then. I might have been smoking when I conceived it, but not when I wrote. It was influenced by books, not drugs....". 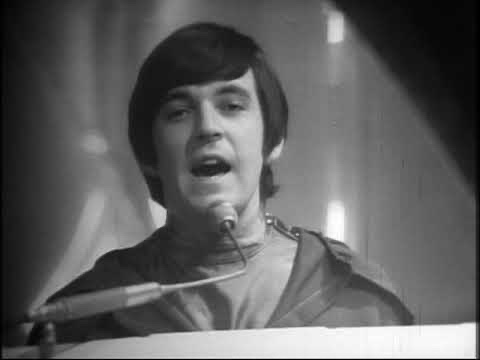 The images were memorable - "we skipped the light fandango...", "as the Miller told his tale...", "I wandered through my playing cards..", "one of sixteen vestal virgins...". The song is overflowing with them. Incidentally, the only other number one song to mention the word "fandango" was Queen's Bohemian Rhapsody, of course.

Every time I hear that intro and Gary Brooker's haunting (dare I say "ghostly") vocal comes in it sends shivers down the spine. There are those who just don't get it, and loathe the song. Lennon & McCartney loved it, however, I do too and so did my mum. There was a reason why I had Air On A G String played at her funeral. She knew exactly why I chose that, I like to think.

** The 'b' side, Lime Street Blues, is a Traffic-style, Alan Price-esque piano-driven piece of bluesy rock'n'roll. It is nothing like its 'a' side at all, but is toe-tappingly catchy in a very 1967 sort of way.

There has recently been a 50th Anniversary Stereo Remix which is nearly two minutes longer, has a beautifully enhanced bass, crystal clear percussion and drums and few drum embellishments. The instrumental passages are longer and it doesn't fade out at the end, ending in a most baroque fashion, appropriately. I love it.

Procol Harum went on to release several albums of progressive rock. I have given them a listen but they are not really for me, unfortunately, not being a great prog fan. So I remain stuck with this classic single, something that will no doubt infuriate the group's prog aficionados. 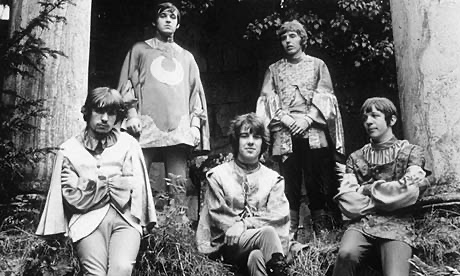