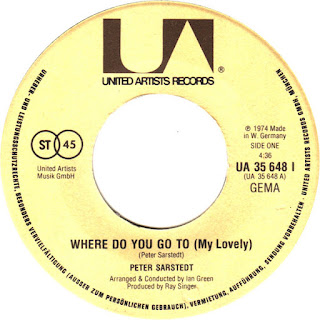 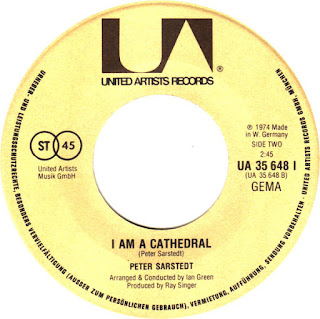 An unusual one-hit wonder from 1969, this evocative narrative song about a girl from the backstreets of Naples who joins the Parisian jet-set (somehow) and along the way forgets her roots. It is narrated from the point of view of someone who knew her as a child, but has seemingly been forgotten in her indulgent, carefree new life.

It is an acoustic guitar-driven song with occasional bursts of French-style accordion to create that European atmosphere, sung, movingly, by Peter Sarstedt, a Peter Wyngarde/Jason King/Department S lookalike whose Anglo-Indian heritage had bestowed upon him brooding, dark good looks. Many a woman loved that sort of look at the time. 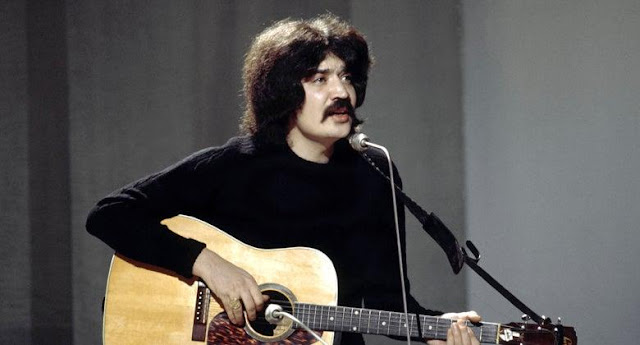 Lyrically is a list of sixties fashionable people and places - Marlene Dietrich, Zizi Jeanmaire, Pierre Balmain, The Rolling Stones, Sacha Distel, the Aga Khan, Picasso, the Sorbonne, the Boulevard St. Michel, St. Moritz, Naples and Juan-Les-Pins. There are also references to an indulgent lifestyle in the sipping of Napoleon brandy and the wearing of a topless swimsuit. One thing that has always bugged me, however, even back from listening to the song as a child, is the fact that the girl is revealed as being called Marie-Claire - a French name, yet she grew up on the "backstreets of Naples...". Maybe she changed her name, but the song doesn't suggest that she did.

The 'b' side is I Am A Cathedral, an acoustic, folky number with somewhat dreamy, dare I say pretentious lyrics. Nothing Sarstedt ever recorded subsequently ever came close to Where Do You Go To My Lovely.

Incidentally, on many of the Sarstedt compilations, the recording of the song that is included is an extended one with two extra verses about speaking Russian and Greek at embassy parties and being between twenty and thirty - "a most desirable age" - also a vastly inferior accordion introduction together with a different vocal. It is not the original single version that everyone knew in 1969 and, in a way, is selling the people who buy those albums short. It is nowhere near as good, despite the extra verses, and furthermore appears to be live as a ripple of applause breaks out at the end. 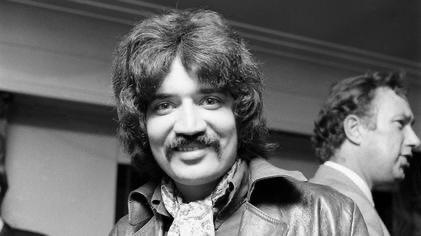