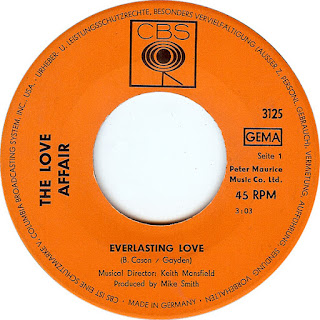 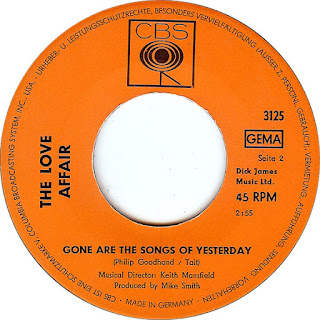 I can't let the sixties go by in this series of singles reviews that had an effect on my growing life without mentioning this song. This song is up there in my top ten songs of all time. I was nine when it came out and I loved it and I still do. If any song sums up the sixties for me, it is this. From the introductory huge drum beat, to the throbbing bass, the massive punch of the horns and then Steve Ellis's remarkable, soulful voice. For a lad of eighteen it was a phenomenal achievement. When I hear this, I am always nine years old, playing football in the playground. It is simply wonderful.

There has been a lot of kerfuffle over the years regarding who actually played on the song. It is pretty much accepted now that, although Love Affair were a proper band who could play, it was Ellis on vocals backed by a large assorted group of session musicians. That doesn't really surprise me as the sound is truly massive. The backing singers, interestingly, include Madeline Bell, Kiki Dee and Lesley Duncan. It is a great, mighty monster of a pop song. 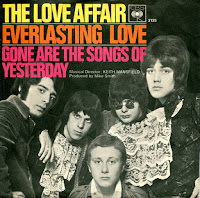 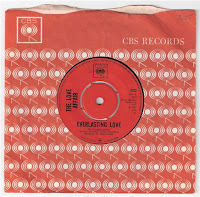 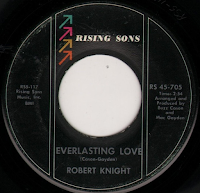 Just check out the video of this. Everything about it screams "1968", even down to the graphics on the front of the drum. I absolutely love it. What is the girl in the bowler hat up to? Far out, man. I love the typically sixties "go-go" dancer as well. Great stuff.


The song was actually originally a hit for Robert Knight in 1967 and his version is a fine, soulful one which I like, but it doesn't have that sheer, unadulterated power of Love Affair's version. Knight's version also achieved popularity on the Northern Soul scene, along with his other big hit, Love On A Mountain Top.

The 'b' side is the plaintive, flute and piano-driven, vaguely proggy at times ballad Gone Are The Songs Of Yesterday. Ellis's vocal on here is again top notch in that throaty Handbags And Gladrags style (which he also covered impressively). 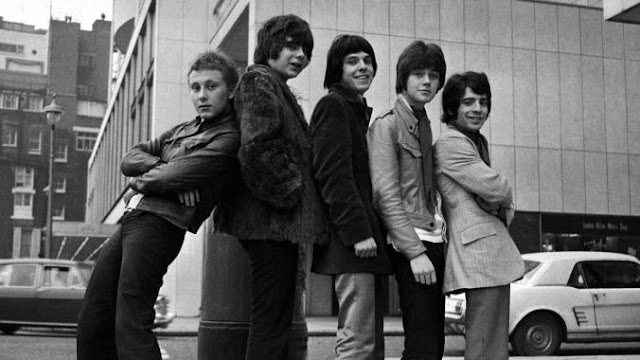