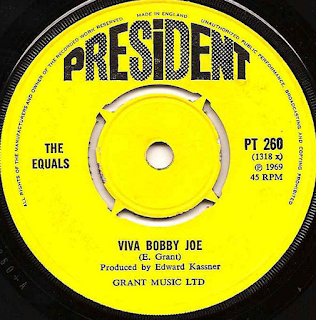 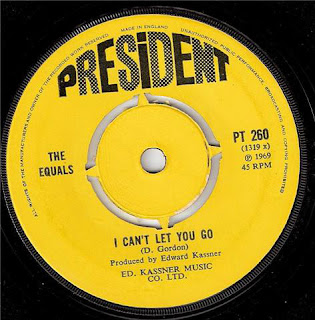 The Equals are largely accepted as being the UK's first interracial pop group, certainly the first successful one, chart-wise. Formed in London in 1967 by Eddy Grant they had several hits, the biggest of which being the catchy Baby Come Back in 1968. Another excellent hit from the group was the infectious, pounding proto-funk of Black Skin Blue Eyed Boys. This anti-war song was quite adventurous for the period. Grant himself went on to have a renaissance ten years later during the punk/reggae crossover era and clocked up several more hits, including the number one I Don't Wanna Dance.

This little-remembered single is recalled by myself as one of those I merrily sung in the playground, with its terrace-like chorus lending itself ideally to such performances. I lived in Leicester at the time and the Leicester City fans serenaded striker Allan Clarke with "Allan Clarke...viva Allan Clarke..." using the song's chorus during the 1968-69 season.

The song concerned a character called Bobby Joe who pleased crowds with his "funk machine". It has a very late sixties thumping backbeat and rock pretensions. "Liverpool to Brighton baby.....in next to no time baby...Bobby Joe is coming here today....Bobby Joe and his funk machine...everybody's gonna see a sensation...". Quite what his funk machine was is not clear. Basically, it is short piece of late sixties pop fun and not too much more. I just remember it vividly.

Actually, the 'b' side, the rock meets Northern Soul bassy stomp of I Can't Let You Go is a better track. It has a bit of a hint of Otis Redding's I Can't Turn You Loose about it. 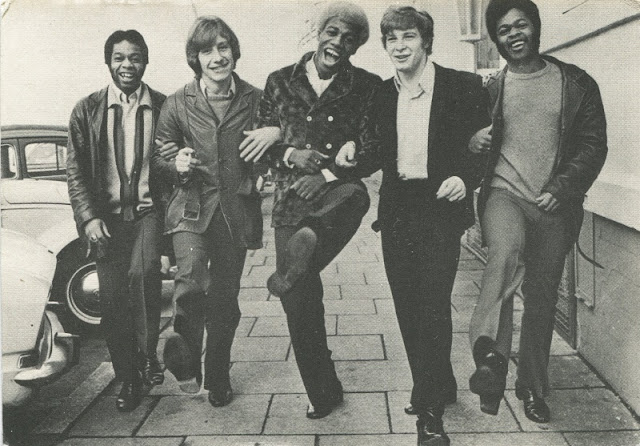