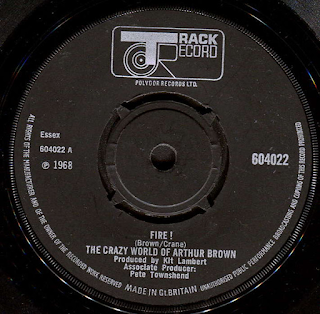 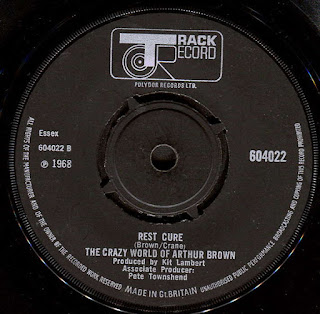 There is only one way to begin this review, isn't there?

A true psychedelic classic from 1968  - I remember as a nine year-old making the same proclamation as Arthur Brown had used to open the song in the playground after seeing Brown perform the song on Top Of The Pops in a flaming headress (which actually burnt his head) - the song is a wonderfully bonkers affair, backed by swirling organ, pounding drums and a bass pedal for that deep, rumbling sound - no bass guitar or lead guitar were used, notably - and embellished by Brown's lunatic, leery, charismatic vocal. It was possibly one of the first genuine psychedelic hits. It also uses some horn and string overdubs to great effect and has a deceptively quiet, dreamy hippy "bridge" in the middle before the demonic, Mephistophilean lunacy returns. It was a delightfully nutty one-off of a single. At nine years old I absolutely loved everything about it. So did many more as it went to number one.

Arthur Brown and his Crazy World were genuine ground-breakers, his maniacal, high-pitched vocal shrieks influence many a subsequent heavy metal hollerer, Vincent Crane's keyboards surely influenced Deep Purple's Jon Lord, Brown's theatrical, gothic get-up undoubtedly inspired a young Alice Cooper (check out that face make-up) and many a prog rock band will have got off on the group's instrumental indulgences and lyrical nonsense. 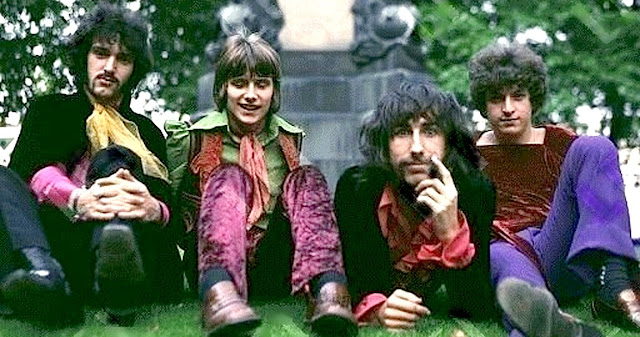 The 'b' side to Fire was the bassily groovy and gently enjoyable Rest Cure - an appetising serving of psychedelic 1968 on a plate. It is full of organ, bass and infectious drums together with some dreamy strings. I love the warm bass line on it. Brown's vocal is more controlled in places, too. For me, I can hear hints of David Bowie's 1979 Red Sails in the chorus.

The one album the group produced was great too. 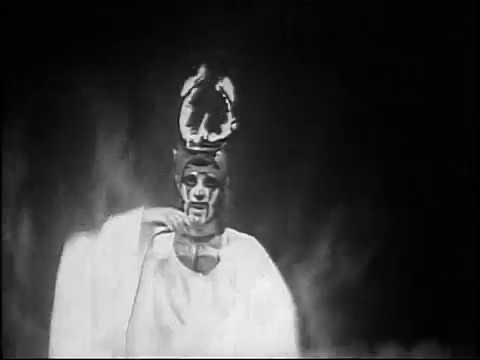