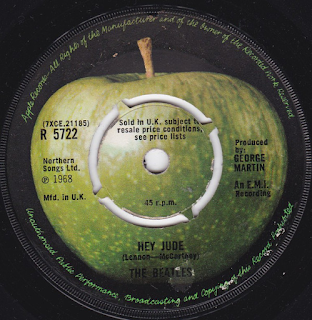 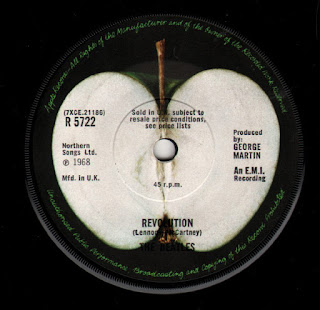 In late December 1967 I recall being taken to the pictures by my parents for my ninth birthday. We sat upstairs on the bus taking us in to Leicester (where we lived at the time). Some teenagers were playing a transistor and The Beatles' Hello Goodbye came on. It was the first time I had truly found The Beatles' music to be evocative. Of course, I knew earlier things like She Loves You and Yellow Submarine with their infantile choruses that were sung in the playground constantly. Although the chorus of this one was similarly repetitive, there was something about its sound that resonated with me. Every time I hear it I recall that night. From that moment on I took The Beatles seriously.

My enduring memory of Hey Jude is sitting with my father at Leicester City's football ground to see them play West Bromwich Albion on 12th October 1968. Before the match (West Brom won 2-0, they played in all red and Asa Hartford, who famously played with a hole in his heart, scored, I think) the tannoy system played Hey Jude. I just remember how great the song sounded, from its plaintive but moving Paul McCartney beginning to its mass singalong extended (four minute) ending. It captivated me totally. I can envisage being there now, and like with Hello Goodbye, I remember that moment, that grey October afternoon, literally every time McCartney begins the song. It gets me hopelessly nostalgic. 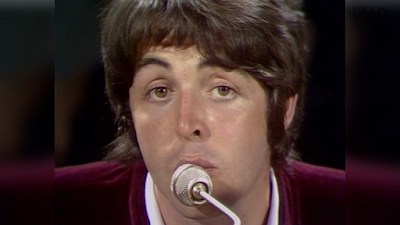 Written (supposedly) by McCartney for John Lennon's son Julian (initially it was intended to be "Hey Jules") it has since become possibly the group's most popular song. It builds up beautifully and emotionally before launching into its anthemic, rousing ending. It is notable for the fact that cheeky, narky old Lennon, at 2:58, curses "fucking hell", audibly. How they got away with this retained in the recording on the BBC in 1968 is unbelievable. The group had previously suffered I Am The Walrus being banned because of the word "knickers", for Heaven's sake! Also what was surprising was that a seven minute-plus single made it on to radio playlists and to number one, particularly as the Magical Mystery Tour shenanigans at the end of the previous year had begun to see the media turning against the group somewhat. It was also the first Beatles release on their new Apple label.

Lennon, unsurprisingly, wanted his own song, the 'b' side, Revolution, as the 'a' side. I am not surprised, it was an absolute corker, full of fuzzy, distorted guitar (that had many people thinking their disc was faulty) cynical lyrics and The Beatles properly rocking for once. It fitted in perfectly with the zeitgeist of protest-ridden 1968. McCartney didn't want to court controversy by headlining the single with it. Now there was a surprise. For me this rocking out version is by far the superior to the slowed-down one that appeared on The White Album.

Hey Jude has been covered by many artists subsequently, probably the best one being the vocally-inspired one delivered by Wilson Pickett. 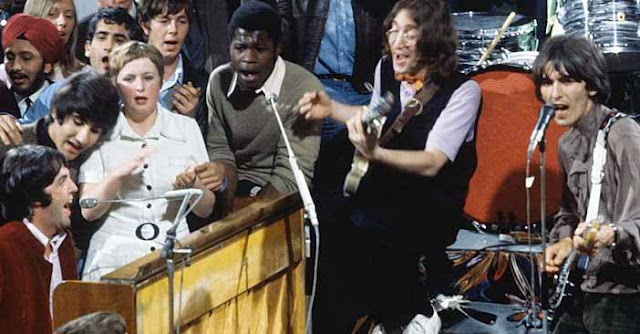