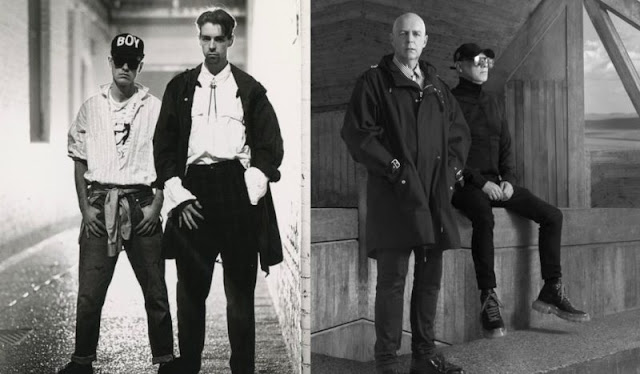 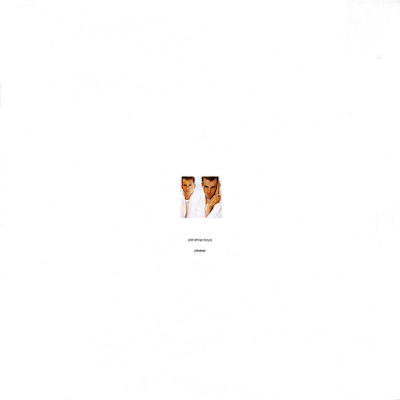 I will be totally honest here, I was never really into The Pet Shop Boys, finding that their somewhat contrived, narcissistic image just wasn't my thing. Neither was their electro-dance-pop music, particularly, either. However, from 1986 onwards, for a few years, their music was everywhere, so it sort of has a nostalgic feel for me in a perverse sort of way. There was definitely a character and an atmosphere to their creations and ex-music journalist Neil Tennant had a knack for a killer lyric, that was for sure. There is no way I will dismiss their music.

Incidentally, the tiny images on the cover was, I am sure, a deliberate ploy to say "don't notice us - now make damn sure you notice us...". Clever move.

Two Divided By Zero kicks things off with masses of programmed drums and synthesisers (not a favourite thing of mine) but is has an oomph to it and Tennant's laconic, drawlingly gay-sounding voice gives it something special. He was Marc Almond with bags more deliberate ennui.
West End Girls was the group's first big hit and remains the song they are known for best, with its mysterious ambience, semi-rap vocal (the style would be used by Madonna on Vogue several years later), sweeping synthesised strings and throbbing bass. It represented the hedonistic, carefree, city-loving self-obsessed mid eighties culture as much as any other song. This is not a criticism. It is a truly great song.
Also latching on to the "loadsamoney" acquisitive zeitgeist is the tongue-in-cheek, cynical Opportunities (Let's Make Lots Of Money). "I've got the brains, you've got the looks - let's make lots of money..." - how very 1986. Clever dance pop was The Pet Shop Boys' bag. It built on the foundations laid by Soft Cell's Non-Stop Erotic Cabaret but in a more world-weary, less sexual fashion.

Love Comes Quickly has another rubbery bass sound and some ethereal vocals/synths. It is full of atmosphere. Madonna would produce a whole album like this eight years later with Bedtime Stories, so there was considerable influence here.

Maybe my favourite Pet Shop Boys number is the extremely evocative Suburbia, with its wonderful chorus hook and Tennant's bored-sounding but deeply cutting voice. A brief reprise of Opportunities leads into the beguiling groove of Tonight Is Forever. It is a rhythmic, attractive number with yet more impressive, convincing semi-spoken quietly-dominant vocals. Violence is similarly brooding with a nice deep bassy sound.

I Want A Lover is a more upbeat piece of electro disco pop. Even on a more throwaway song like this, though, the lyrics are sharp and acerbic. "I don't want another drink or fight, I want a lover...". Indeed. Can't argue with that.
Later Tonight is the album's only plaintive, piano-driven ballad and Why Don't We Live Together? returns to Madonna-style dance pop vibes.

As I said, not essentially my thing, but a worthy and credible album all the same, overflowing with the feel of 1986. 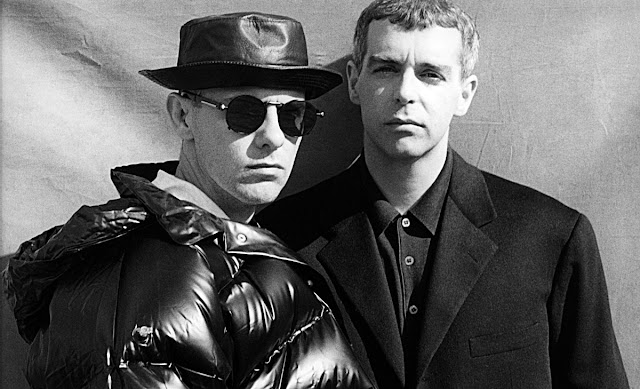