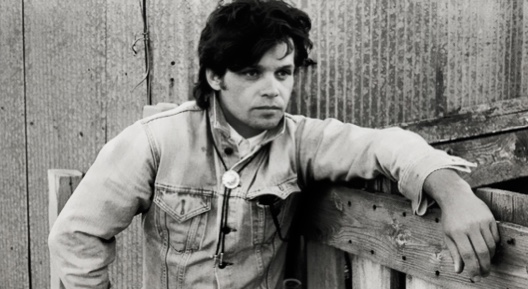 The Best That I Could Do 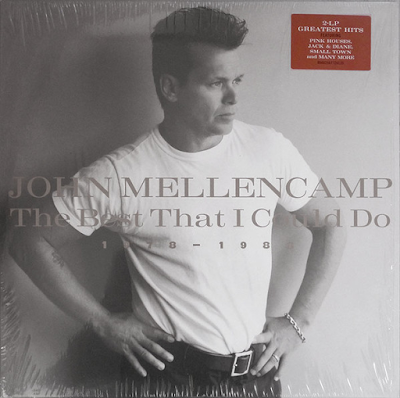 John Mellencamp is normally (and probably correctly) assessed as being a dime store Bruce Springsteen or Bob Seger with some riffy Stones influence in there too. Although those assessments are a bit clichéd they are sort of true. Mellencamp leans heavily on those artists - Springsteen for the honest whole working man blue collar image and Seger for the pounding American driving voice and growling, perfect rock voice. For whatever reason, Mellencamp (initially known as John Cougar) never truly made it properly big. This best of compilation would have you questioning why that was because, as the title suggests, it was the best he could do. However, he released many albums and many of them were patchy as he struggled to fully stamp a personality on many of the tracks. When he did nail them though, he was pretty damn good, as the fine selection on here proves. Proper driving Mid-West rock. Roll down the window and switch that power on.

I Need A Lover has an extended piano, drums and guitar intro that builds up like a Jim Steinman song until the tempo drops acoustic guitar, drums and backing vocals and Mellencamp arrives with his charismatic voice.
Ain't Even Done With The Night is sort of Seger meets Southside Johnny vocally, over a convincing mid-pace and melodic backing.

Hurts So Good is a great track, overflowing with Stonesy riffs , handclaps, a throaty Rod Stewart-ish vocal and a singalong roll the window down chorus. It's great - one of his best ever cuts.
Now for his absolute best one, Jack And Diane - a Springsteen-esque tale of a regular hometown US couple set against a crashing introductory riff and Mellencamp's finest ever vocal. That riff just gives me goosebumps every time - surely one of rock's greatest and the song merges acoustic and electric guitars perfectly. The lyrics are great too - "suckin' on chilli dog outside the Tastee Freez...".  If you only have two John Mellencamp songs, make them these latter two.

Crumblin' Down is a very Bob Seger-ish rocker with another killer chorus and some more Stones-derived riffs. Pink Houses is a slower tempo piece of Springsteen-style social observation. Like Bruce, Mellencamp liked a bit of social comment, probably even more so as he went on to become a bit of a spokesman for Mid-Western farmers.

Authority Song starts with a Footloose-style opening riff and is a thoroughly catchy piece of upbeat rock. The old rebel in Mellencamp is there on the lyrics as well. I really love this one.
Lonely Ol' Night is a slightly slower tempo but still mid-pace and solid rocker. Once more, the vocal is superb. Small Town is classic Mellencamp - I don't really need to say that it has great riffs, acoustic and electric guitars in tandem, social comment and a killer vocal. This was what he was all about and I'm buying into it, that's for sure - I'd forgotten just how good some of this stuff was.

R.O.C.K. In The USA is as upbeat as the slightly cheesy title suggests that strangely reminds me of some of Neil Diamond's more lively numbers, particularly on the verse and acoustic guitar bits.
Paper In Fire is excellent too, in the same riffy way, with some swampy guitar hints and Cajun-ish accordion swirling around. Cherry Bomb has a bit of a rhythmic swing to it and some fetching harmonica that differentiates it just slightly from the material thus far. Check It Out is a slow burner of a rock ballad with a tinge of sadness to it.
Without Expression is an infectious, bassy mid-pacer with Mellencamp singing in a softer style. Another great song.

This is a really good, enjoyable compilation from an artist who, if this material is the benchmark, was a bit underrated. 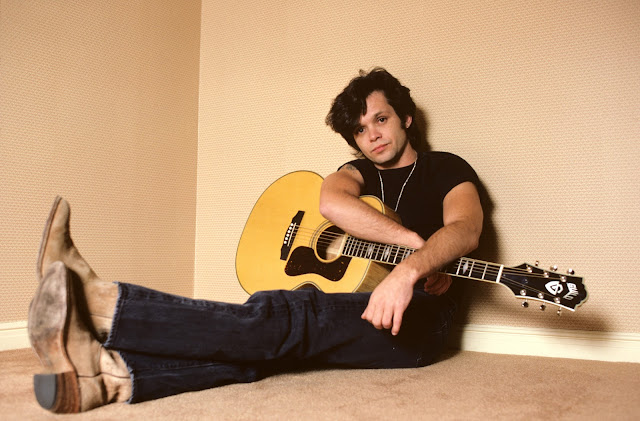 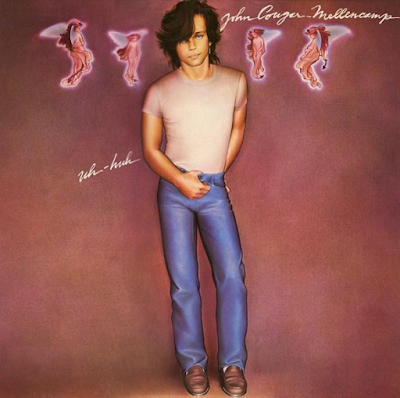 1983's rocking Uh-Huh was one of John Mellencamp's best albums. I will cover the songs not dealt with in the above "best of" review, which exclude the album's first three excellent songs that provided such a fine introduction to the album. It is a solidly Mid-Western album with an undercurrent of downtrodden broken dream Springsteen-style emotion running through it. It is Mellencamp's Darkness On The Edge Of Town, comparatively. Not quite as bleak or lyrically astute, but it certainly has its cynical moments.

The rocking, riffy quality is continued on Warmer Place To Sleep with rocks a hard as the previous three numbers had. Jackie O was a song that Mellencamp later credited to John Prine and it has a laid-back country rock vibe to it, totally different to Mellencamp's usual fare.
Play Guitar sees Mellencamp returning to business as usual on a thumper of a rock number - chunky riffs and kick-ass vocals. The guitar sounds like Them's Gloria at one point.

Serious Business is an excellent bassy rocker full of Stonesy riffage while Lovin' Mother Fo Ya has a punky edge to it and a Jagger-like vocal. You know, this stuff is really good. Golden Gates ends this strangely short album (less than thirty minutes) with a fine muscular ballad. Good album. 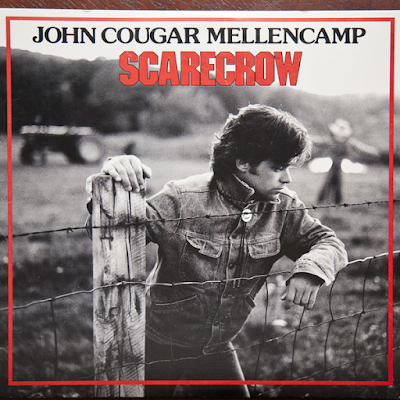 From 1985, this was John Mellencamp's powerful blue collar statement. I have concentrated on the tracks not included on the Best Of compilation reviewed above. It was arguably his finest album although there is a paper-thin difference between it and Uh-Huh. This one probably just edges it due to slightly more variety, musically, in the compositions. It plays as a pretty cohesive album.

Rain On The Scarecrow is a brooding and blistering protest song in support of Mid-Western farmers. The crackly old Grandma's Theme is pretty superfluous but I guess it sort of leads into the power of Small Town.
Minutes To Memories is blue-collar rock by numbers, but it is still a fine track, with a strong vocal and hook. Mellencamp spits out his invective against the system convincingly. Protest rock at its best.

The Face Of The Nation has a quirky, staccato bass-driven beat before the song breaks out into another powerful rocker. The lower-key verses give it a different appeal to some of the earlier material.
Justice And Independence '85 also has a catchiness to its verses and a big hooky chorus. It also has a captivating "drum solo" part in the middle.

Between A Laugh And A Tear is one of those acoustic and electric guitar fusion songs that Mellencamp did so well around this time. Once again, he nails down a great chorus.
Rumbletear has echoes of Bruce Springsteen in places on the deep vocal verses. It almost seems to go without saying now that the chorus is great.
You've Got To Stand For Something sees Mellencamp looking back on his past and nailing his colours to the mast on a grinding, brooding rocker.
The Kind Of Fella I Am is a melodic rocker to finish up with. As I said earlier, there is more musical variety on this album and it stands as a fine eighties rock album. Thankfully there was still some proper rock around in the mid-eighties. 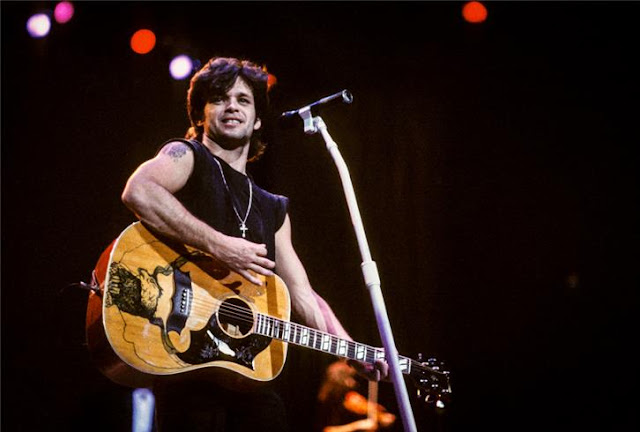