The Supremes & The Four Tops 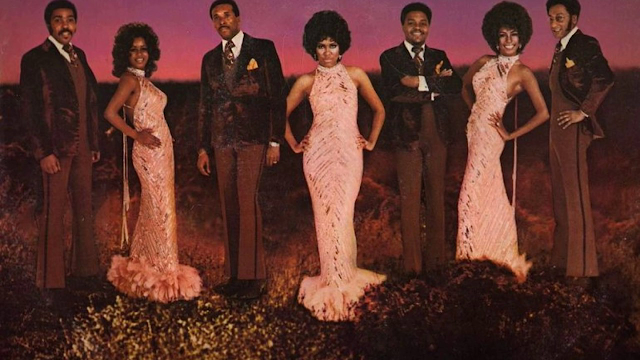 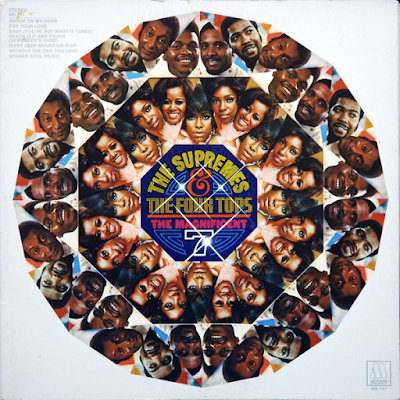 This was a fine collaboration album from 1970 that followed on from the success of Diana Ross & The Supremes getting together with The Temptations. This time the remaining Supremes (now a group in their own right with the superb Jean Terrell taking over from Ross) joined forces with the ever-reliable Four Tops. The result is an enjoyable forty minutes of original material mixed with covers of contemporary soul songs. The vocals of Terrell and the mighty Levi Stubbs stand out, of course, but so also do the sumptuous harmonies of all seven of the participants. The album has a breezy, catchy vibe that is just so typical of Motown at the end of the sixties/early seventies. It takes me right back to those carefree days. Nickolas Ashford and Valerie Simpson and Frank Wilson were involved in the production so that pretty much guarantees quality. To be honest, it is not an album that begs detailed analysis. It is just a pleasure to listen to. You can over-study these things. Sometimes good pop music is just that.

Highlights are the punchy Motown sound of Knock On My Door; the Stubbs-dominated glory of Lamont Dozier/Brian Holland's Without The One You Love; complete with some typically Motown fuzzy guitar, the cover of The Fifth Dimension's hippy pop-ish Stoned Soul Picnic; a harmonious Reach Out and Touch (Somebody's Hand); a vibrant cover of Ike & Tina Turner's River Deep, Mountain High that matches the original; a rumblingly bassy Ain't Nothing Like The Real Thing; Sly Stone's ebullient Everyday People (check out that bass line and Stubbs' vocal) and the hit single Together We Can Make Such Sweet Music. The great hidden gem is, for me, the wonderful It's Got To Be A Miracle (This Thing Called Love). The vocal interplay is magnificent. 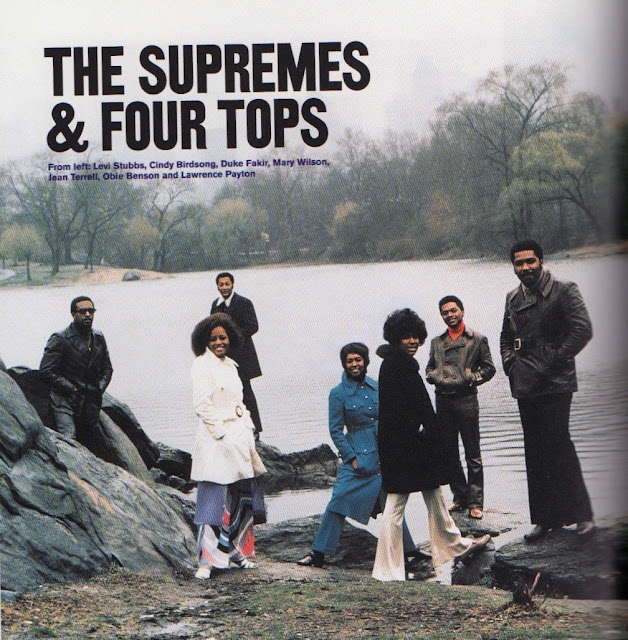 For Your Love is a bit of a throwaway ballad, Baby (You Got What It Takes) has Stubbs and Terrell singing to each other fetchingly, while A Taste Of Honey has another stonking bass line.

This was a fine, underrated Motown album, packed full of irresistible full of joie de vivre. You get the impression they really enjoyed doing it. 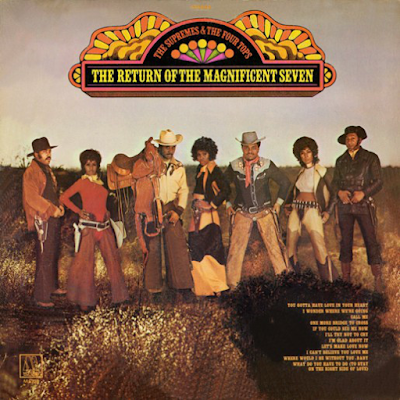 You Got To Have Love In Your Heart /I Wonder Where We're Going/Call Me /One More Bridge To Cross/If You Could See Me Now/I'll Try Not To Cry/I'm Glad About It/Let's Make Love Now/I Can't Believe You Love Me/Where Would I Be Without You, Baby/What Do You Have To Do (To Stay On The Right Side Of Love)

This was the second collaboration between these two fine Motown vocal groups. It is another immaculately-produced effort, full of quality material, but I prefer their first album, finding this one a bit too ballad-weighted in the middle part.

You Got To Have Love In Your Heart was the collaboration's greatest hit and it was an irresistible, joyous celebration of an early seventies Motown song - a bit of a forgotten classic.
I Wonder Where We're Going tapped in to the beginning of the decade vibe with a Temptations/Undisputed Truth-style socially-conscious number, enhanced by some genre-typical fuzzy guitar.
Petula Clark's Tony Hatch-composed Call Me is a slightly disposable number, to be honest. Ashford & Simpson's One More Bridge To Cross is a solid, muscular and brassy number. Proper punchy soul.

Now the slower stuff starts. The ballad duet If You Could See Me Now is very Diana Ross-esque and a departure from the more gritty, soulful material that had preceded it. It contains some Stevie Wonder-style metallic harmonica. Indeed, it may have been Stevie, but I am unable to find out.
I'll Try Not To Cry is a pleasant slice of easy listening. Ashford & Simpson's I'm Glad About It is a more powerful ballad while Let's Make Love Now is as syrupy as the title suggests.

Some Levi Stubbs-powered gritty soul is found on I Can't Believe You Love Me but Where Would I Be Without You, Baby sees a return to balladry, albeit sublime.
What Do You Have To Do (To Stay On The Right Side Of Love) is slightly more funky and bassy, only just, though. As I said, I find the debut album to be a more appealing one, overall. There's nothing wrong with this one, but it just feels a bit more lightweight. 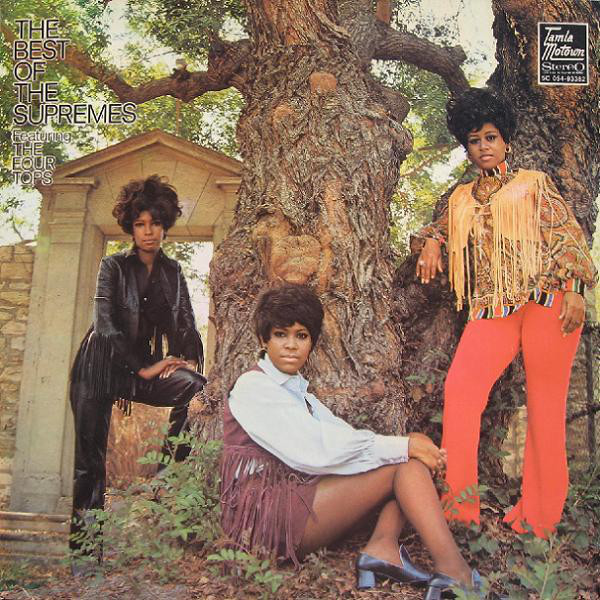