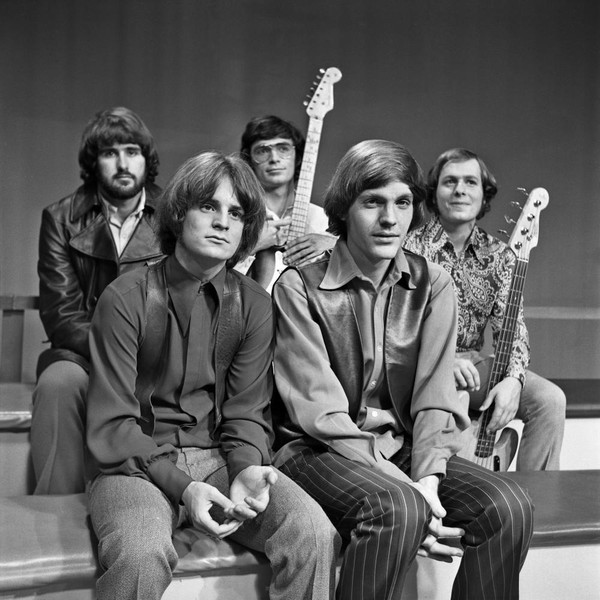 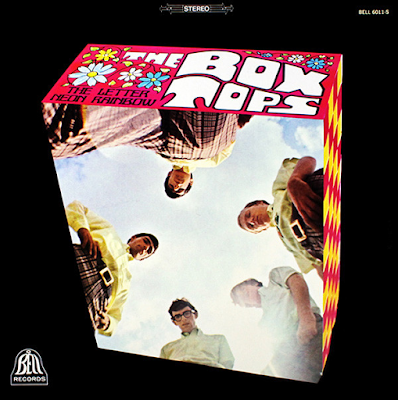 Until recently, I only knew The Box Tops for their huge hit, The Letter, so it has been interesting listening to this, their debut album from November 1967 (strangely given a double title).

It has been revealed over time that the music was played by session musicians, including Bobby Womack on guitar, giving the music a really professional sound, which, mixed with Alex Chilton’s unique vocals, resulted in a fine product, albeit a bit of a short-changing one, morally, or whatever. I have to say, though, that the sound quality is fantastic throughout. Ironically, The Letter was actually played by The Box Tops themselves. Genre-wise, the group were thought of as "blue eyed soul".

The Letter is the one track the group are really known for. It is an irresistibly catchy, soulful sixties groove of a song, full of great brass, bass, drums and a superb, gruff vocal from the (amazingly) teenaged (16) Alex Chilton. Only The Love Affair’s Steve Ellis had so mature a voice for one so young. The track was very short, however, not quite making two minutes. She Knows How is similarly soully in a Stax-ish, Southern way. Bacharach/David’s Trains, Boats & Planes is covered well (it was a hit for Dionne Warwick).

John Loudermilk’s Break My Mind has a growling, atmospheric vocal from Chilton, who sounds about fifty on it. Procol Harum’s A Whiter Shade Of Pale is an absolute revelation, for me, as one of my favourite songs of all time is done unbelievable justice, possibly, whisper it quietly, bettering the original. This was my late mother’s favourite song. She never heard this version, I know she would have loved it. Alex Chilton’s vocal is simply outstanding. It is one if the greatest little known cover versions around.

Everything I Am is a Stax-ish, gospelly brassy soul number while Neon Rainbow is a fine piece of sixties jazzy pop in a Donovan sort of way. People Make The World is an impressive ballad with a sumptuous bass line. I’m Your Puppet was also a retrospective hit in the seventies for James & Bobby Purify. While I like this version, I prefer the brassier Purify one. Happy Times has a very sixties-esque Latin tinge to it and an absolute killer bass line. Tommy Cogbill was the session bassist and he delivers once more on the punchy soul of Gonna Find Somebody. I Pray For Rain is a slow, very sixties ballad.

Despite the unauthenticity of the session mens' involvement, this was still a really good album and should always be considered so, not least for the precocious talent of Alex Chilton. 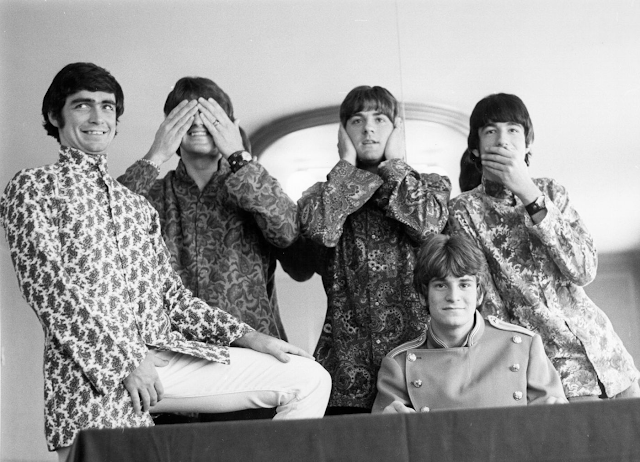 An enjoyable non-album track from the period was the lively pop of Turn On A Dream. The mono cut of The Letter sounds superb, by the way, pounding right out of the centre of your speakers with a big, warm bassy thump. Neon Rainbow also has a fine sounding mono version. Georgia Farm Boy is a country ballad with vague hints of Dr. Hook’s The Ballad Of Lucy Jordan. All are available on the extended edition of the album. 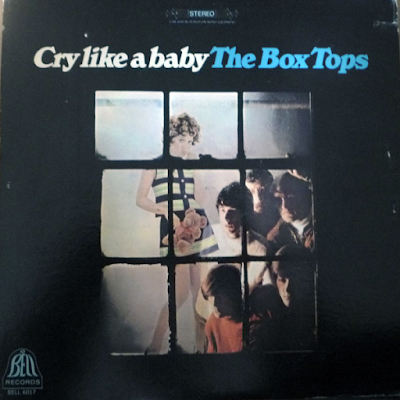 This was "blue-eyed soul" US group The Box Tops' second album. Again it was played by the house band at America Sound Studio, but the shimmering class of vocalist Alex Chilton shines through once again. Incidentally, this was the band of musicians that backed Dusty Springfield on Dusty In Memphis.

Cry Like A Baby is a wonderful bassy piece of soul/pop - blue eyed soul that has more than a hint of Stax about it. Alex Chilton's voice is superb as it had been on the previous album and the guitar is great too. Deep In Kentucky is a country soul song similar to the sort of material R. Dean Taylor would be recording on the Motown label in the early seventies. I'm The One For You is a slow pace brassy soul gem of a song, full of Stax feeling.

Weeping Analeah is a sort of Glen Campbell meets Gene Pitney country-ish ballad. Everytime is a upbeat groover of a track that reminds me a bit of Neil Diamond's early, poppy, vaguely Latin-influenced songs. Fields Of Clover is a solid, Elvis-esque number with Chilton's voice spine-tingling once more. He had one of the great under-mentioned white soul voices. Up there with Steve Ellis and Joe Cocker.

Trouble With Sam is a very sixties number in its slightly cheesy romanticism about a girl called Samantha while Lost is an organ and brass-driven piece of powerful poppy soul. It kicks ass in the middle of the song when all the horns break loose. Good Morning Dear is a lachrymose country ballad with some typically sixties instrumental breaks. 727 is a lively, drum-powered, rhythmic rocker about flying home on a 727. A few bits of late sixties Eastern instrumentation crop up too. You Keep Me Hanging On is a psychedelic take on Diana Ross & The Supremes' hit Motown track. It seems many who covered this song - Barry White, Rod Stewart and firstly The Box Tops here - felt the need to slow it down. It sort of works, though, in a crazy, drugged-up sixties party way.

The stereo sound on the album is outstanding, particularly for 1968.

The bonus tracks are the slow Stax churchy soul of The Door You Closed To Me; the catchy, psychedelic pop of You Keep Tightening Up On Me (check out the bass line); the bluesy thumping Traffic-esque rock of Come On Honey (check out the guitar and organ soloes) and the sumptuous sad Tex-Mex-ish soul of Take Me To Your Heart. This final track is a bit of an undiscovered gem. 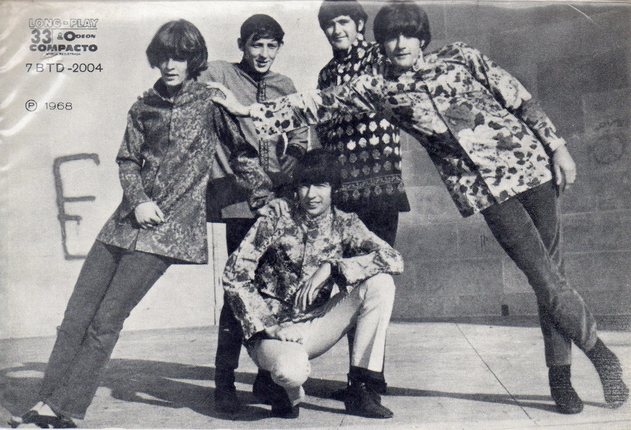 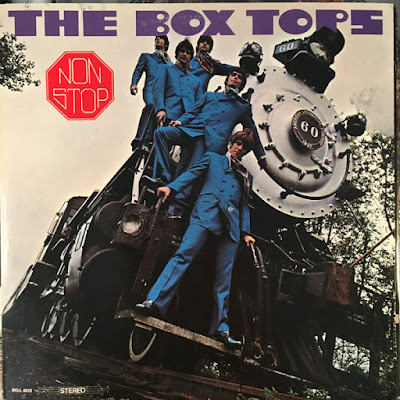 This album, from late 1968, has often been described as one  that saw The Box Tops treading water and going off the boil etc etc. Granted, it is a serving of similar catchy late sixties white soul but there's nothing wrong with that, for me. It is full of great brass, bass, soulful guitar, powerful drums and, of course, Alex Chilton's deliciously gruff voice. Personally, I feel it is a more soulful album than the previous one and is a bit of an undiscovered treasure.

Choo Choo Train is a Southern, Stax-influenced cooker of a soul track, with echoes of Al Green in both Alex Chilton's vocal and the punchy brass sound. Some swampy Southern bluesy guitar features too on what is a fine track. Movin' On is a guitar-picking piece of melodic country rock that breaks out into a great brass and bass bit. As often, there was a superb rubbery bass sound to the song. Sandman is a slow ballad with a strong chorus.

She Shot A Hole In My Soul is an upbeat, jaunty Motown-ish piece of brassy pop/soul. Southside Johnny would have loved this, I'm sure, and Steve Van Zandt. Similarly solid and muscular in its soulful groove is the infectious People Gonna Talk which rocks from beginning to end and features some great bluesy harmonica. I Met Her In Church is as gospelly as the the title would have you expect, loaded with killer organ and rousing voices. 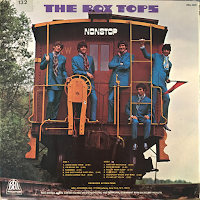 The cover of B.B. King's Rock Me Baby is simply superb - growling and gritty from the outset. The Box Tops were never given enough credit for their bluesiness. Here they drip with it. They would return to the song in extended fashion on their next album, incidentally. Rollin' In My Sleep is a tender serving of string-backed country soul. I Can Dig It sees the group going funky for the first time on a bass, guitar and fatback drums corker of a track. Excellent stuff, for sure. Alex Chilton goes full-on Joe Cocker on the massive thump of Yesterday Where's My Mind which is another absolutely top notch cut. This wonderful album ends with the soul of If I Had Let You In, which has a very Walk Away Renee-influenced chorus. Chilton sounds very Levi Stubbs, perhaps unsurprisingly.

What a great little find this has been. It didn't sell at the time, which is incomprehensible.

The bonus tracks include the slow bar-room blues of Let Me Go; the Stax brass-driven soul of the lively Got To Hold On To You and the bassily beautiful acoustic tones of Since I Been Gone. This one sounds a lot like early Mott The Hoople. Ian Hunter must have been familiar with this. 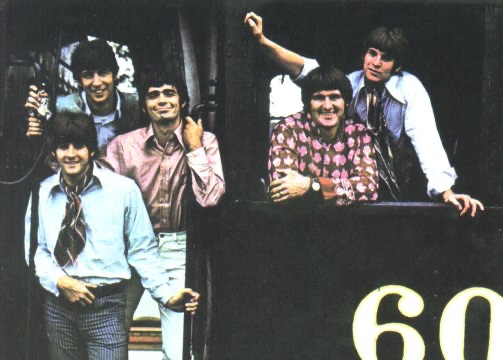 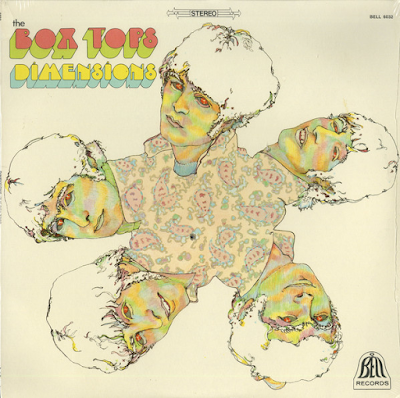 This, the last of the four really high quality albums The Box Tops produced between 1967 and 1969 kicked off with an absolute stonker in Soul Deep, also covered by Gary US Bonds on his 1982 On The Line album. It bristles with soul from the first note. Next up is a convincing cover of Bob Dylan's I Shall Be Released that (whisper it quietly) out-does the original. Midnight Angel is a sumptuous piece of gruff, brooding Alex Chilton soul featuring (unsurprisingly) a killer vocal and some mysterious, bluesy backing. Listen to that great guitar solo in the middle.

Together is a Traffic-esque organ and drum-powered serving of soul rock. This was really good stuff and should have received far more acclaim than it ever got. Another sublime guitar solo can be found on here. Proper rock music. I'll Hold Out My Hand is a brassy slow number of the kind that it seemed The Box Tops and Chilton could deliver in their sleep by now. The song carried echoes of The Band and Traffic once more.

As I said in the review for the previous album, The Box Tops could play the blues and they do so again on the very late sixties slow blues rock grind of I Must Be The Devil. The bass line on this is superb as are the vocals. The oddly-titled Sweet Cream Ladies, Forward March is influenced by The Beatles, The Stones, Traffic, The Kinks and The Small Faces, all of whom went vaudeville and oompah brass band with music hall lyrics at times. This was very much in that vein, even down to The Beatles-style drums. Again in a jaunty, late sixties breezy style is The Kinks-like (The) Happy Song. It features some fine harmonica but it sacrificed soul and bluesiness on the altar of late sixties whimsy.

Ain't No Way was a punchy, ebullient cover of a Neil Diamond song and the album finishes with an extended version of B.B. King's Rock Me Baby, which had appeared in shorter form on the previous album. It features some fine slowed-down bass, drum and piano interplay. It was a finer, assured, mature way to end a brief but really impressive career.

The non-albums tracks are the Johnny Cash-esque country rock of King's Highway; the dreamy easy-listening soul of I See Only Sunshine and the vaguely bubblegum soul of Lay Your Shine On Me. 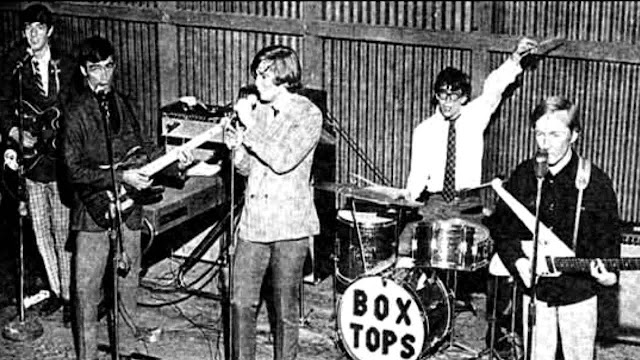