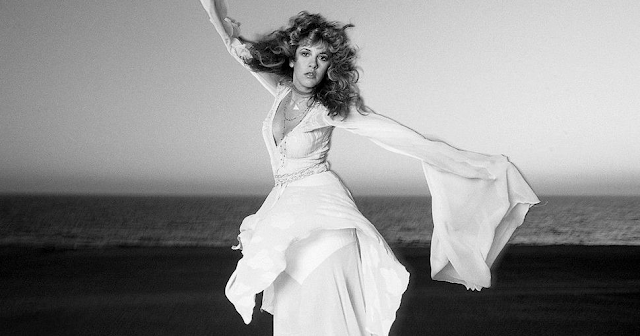 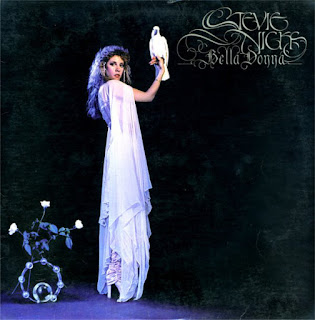 1. Bella Donna
2. Kind Of Woman
3. Stop Draggin' My Heart Around
4. Think About It
5. After The Glitter Fades
6. Edge Of Seventeen
7. How Still My Love
8. Leather And Lace
9. Outside The Rain
10. The Highwayman
This was Stevie Nicks' first solo album, from 1981, before Fleetwood Mac's Mirage and five years or so before her drugs meltdown. It is a veritable who's-who of guests - Tom Petty, Roy Bittan, Benmont Tench, Donald "Duck" Dunn, Don Henley, Davey Johnstone and Waddy Wachtel among others. The sound on it is more muscular, more obviously rocking than the ethereal material she contributed to Fleetwood Mac’s albums. She either wrote or co-wrote all the material too.

Bella Donna starts slowly and quietly before breaking out into a solid piece of guitar-driven rock, more rockier than her Fleetwood Mac material. Kind Of Woman is a slow, sensual number, but again Nicks' voice is strong, coarser and gruffer than on the Mac albums thus far.

Stop Draggin' My Heart Around was a duet/co song-write with Tom Petty and you can tell, it has that typical Petty mid-pace rock sound. It is a fine track. Think About It was co-written with E St. Band pianist Roy Bittan (the first time I have seen him credited with writing a song) and it is a good one, unsurprisingly featuring his piano. It has a bit of an E St. feel to it, also unsurprising. I really like it. Stevie sounds so vibrant, so alive, so confident on this album’s material, as if she is really enjoying herself. 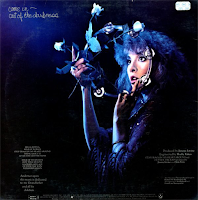 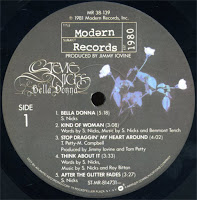 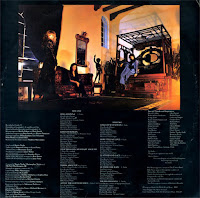 After The Glitter Fades is a nice piece of tough country rock and Edge Of Seventeen rocks consistently along, Nicks’ voice rising strongly above an insistent, chugging guitar riff. It is many people’s all-time favourite of hers (including the Principal in the movie School Of Rock), but I have others I put before it, such as the next one along, the Fleetwood Mac-ish, seductive How Still My Love. Edge Of Seventeen, for me, is lacking in definite hooks, with comparatively indistinct vocals and doesn't quite go anywhere. That's just me, though, lots of others absolutely love it.

Leather And Lace has an Eagles feel to it and, of course, features Eagle Don Henley. It is an attractive slow country rock ballad. Outside The Rain is standard driving radio AOR rock, but none the less appealing for it. The Highwayman is a slow, evocative guitar-driven ballad, full of quiet dignity. It is a high quality track from an album that doesn’t have any particular “wow” moments but lots of quality ones. It is always highly listenable and showcases what an underrated songwriter Nicks was, for many years.

** The non-albums tracks feature the excellent brooding rock of Gold And Braid; the slow country bar-room ballad Sleeping Angel; the beguiling, acoustic If You Were My Love; the solid, enjoyable mid-pace radio-friendly rock of The Dealer and the equally muscular rock of Blue Lamp. All were quality songs. 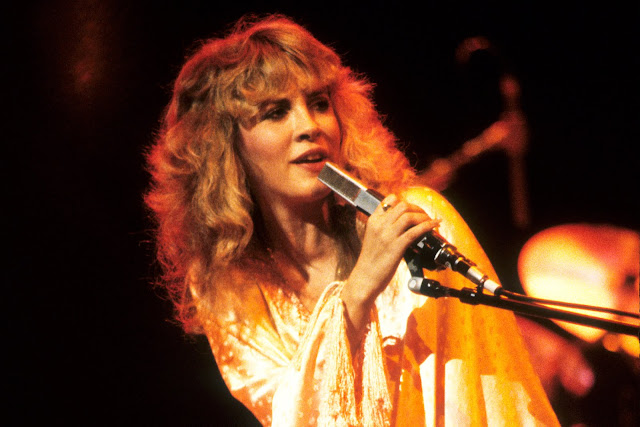 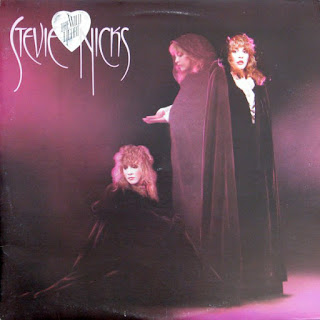 Two years after her debut solo album, Stevie Nicks was back in 1983 with basically more of the same tried and tested AOR but often quite hard-edged rock formula. There is nothing surprising on here, but it is also solid, quality rock and full of vibrancy, well worth forty minutes of your time.

Wild Heart is a powerful rocker with some gospelly backing vocals, pounding drums and a similar strong vocal to those Nicks used on the previous album. This is really good stuff. Check out that rocking piano too. If Anyone Falls is a slow burning, synth-powered number. The synth is not typically eighties, however, and doesn't blight the song too much. There are still "proper" drums and guitars. Nicks' voice is great, again, well, it always is.

Gate And Garden is a slow, piano and backing vocal country-ish ballad, at the beginning, which then breaks out into a piece of Fleetwood Mac-style rock with hints of Sara about it. Enchanted is a rousing serving of piano-driven bar-room rock with Stevie sounding as lively as she ever has, not so much ethereal or dreamy, she rocks, big time, on this one. Don't worry, seductive Stevie fans - her croaky bedroom voice is back on the Dreams-like Nightbird. 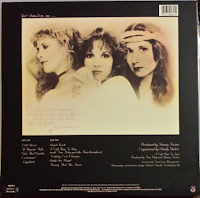 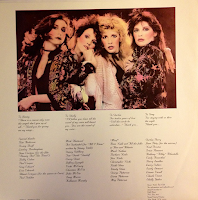 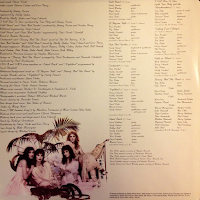 Stand Back is the most eighties-sounding track thus far, backed by layers of synthesisers and what are probably proper drums that sound like programmed ones, you know that Robert Palmer/eighties Rod Stewart sound. Nicks' voice is strong and throaty, however, which is the song's selling point. I Will Run To You is a duet with Tom Petty (there was one on the previous album too). It is brooding in ambience and slow in tempo. Nothing Ever Changes is a solid saxophone-enhanced rocker.

Sable On Blond is a typically enigmatic number and Beauty And The Beast finishes the album on a haunting, heavily-orchestrated low-key note.

**  The non-album tracks from the period's sessions are the excellent mid-pace rock of Violet And Blue; the Springsteen-esque and attractive I Sing For The Things, a great song that definitely should have made the final cut; the sober but strong All The Beautiful Words; the excellent bluesy rock of Sorcerer; Dial The Number, which is a vaguely ABBA-like piano-driven ballad; the moving, autobiographical Garbo; the quiet, acoustic Are You Mine and the robust rock of Wild At Heart (Alternative Version) All these songs are really good - as good as anything on the actual album, in most cases. 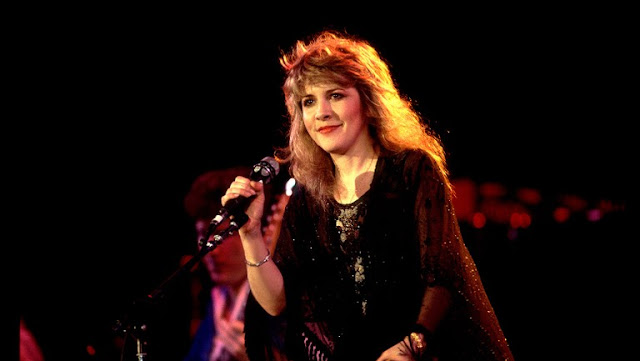