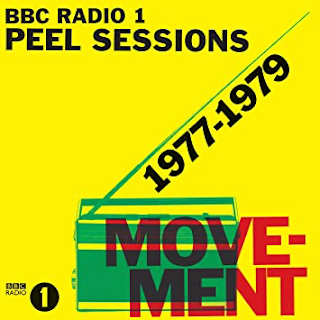 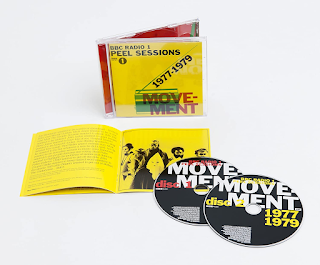 This is a truly wonderful compilation of live BBC session performances recorded on the iconic John Peel show. Anyone who was there in those years, tuning in after 10 pm as I did in my bedroom, on my tinny transistor, will love this. The sound quality is clear and surprisingly unspoilt and the performances are excellent, quashing the claim that punks couldn't play.

This is the track listing, it reads as a veritable who's who of the punk/new wave/post punk scene from 1977-1979 and plays like an audible holy grail :-

In The City - The Jam
What Do I Get? - The Buzzcocks
Youth Youth Youth - Generation X
No More Heroes - The Stranglers
Gary Gilmore's Eyes - The Adverts
Love And Romance - The Slits
Science Fiction - XTC
She's A Wind Up - Dr. Feelgood
Don't Take No For An Answer - The Tom Robinson Band
Sex And Drugs And Rock And Roll - Ian Dury & The Blockheads
Deutscher Girls - Adam & The Ants
Hong Kong Garden - Siouxsie & The Banshees
Another Girl Another Planet - The Only Ones
Get Over You - The Undertones
Top Of The Pops - The Rezillos
Love And A Molotov Cocktail - The Flys
Sound Of The Suburbs - The Members
Alternative Ulster - Still Little Fingers
The Saints Are Coming - The Skids
We Are The People - The Angelic Upstarts
S.U.S. - The Ruts
Homicide - 999
Readers' Wives - John Cooper Clarke
Movement - Penetration
Goodbye Joe/Strange Boutique - Monochrome Set
The Other Window - Wire
The Light Pours Out Of Me - Magazine
Transmission - Joy Division
Wardance - Killing Joke
Being Boiled - The Human League
Messages - Orchestral Manoeuvres In The Dark
Sister Europe - The Psychedelic Furs
Premonition - Simple Minds
Poptones - Public Image Ltd
Jay Pickney - Steel Pulse
Its Not Our Wish - Aswad
Food For Thought - UB40
Gangsters - The Specials
The Prince - Madness
Street Feeling - The Selecter
Ranking Full Stop - The Beat

The order of the songs progresses nicely from frantic, frenetic punk through jerky reggae crossover to comparatively poppy new wave and brooding post punk finally to crucial dubby reggae and effervescent ska. Look, I could describe how great each track is one by one but just take a look at the listing, I really don't need to do that, they speak for themselves. Just put it on and turn it up and it's the heady, sweaty, exciting days of the late seventies again. This really was the sound of that era, for me, anyway. Ok, here's a few of my favourites - The Jam, The Buzzcocks, The Adverts, The Tom Robinson Band, Stiff Little Fingers, 999, The Rezillos, The Members, Public Image, Steel Pulse, Aswad, UB40, The Beat. 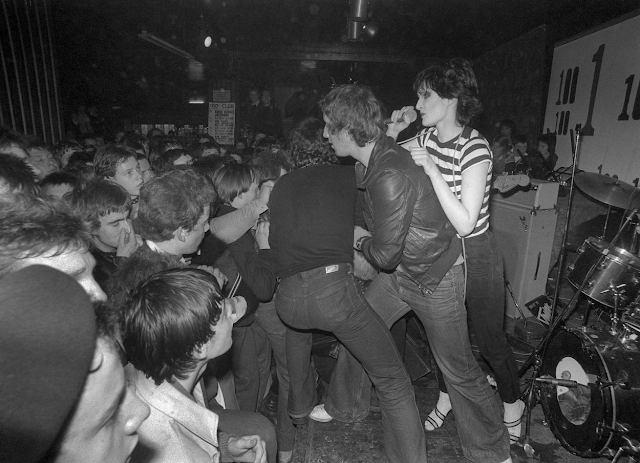