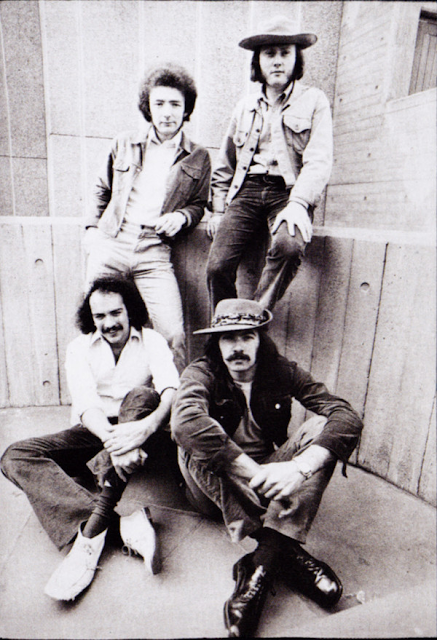 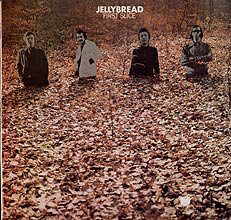 Jellybread were a relatively short-lived British blues rock band formed in 1968-1969 and lasting until 1971. They arrived pretty much at the end of the UK r'n'b/blues boom but their music in none the worse for it, being lively, bluesy and in possession of superb sound quality. The one of their members that went on to further fame was pianist Pete Wingfield, who played on countless tracks in the seventies. The other members were Paul Butler (guitar), John Best (bass) and Chris Waters (drums). Recording on the now-legendary Blue Horizon label, along with Fleetwood Mac, Christine Perfect and Chicken Shack among others, the group's sound merged jazz piano with traditional blues rock sounds to great effect. Their music was quality and it was a shame that they were never very successful.

River's Invitation begins with a drum intro straight out of Led Zeppelin's Rock And Roll (which of course had yet to be recorded - maybe John Bonham had listened to this) and it continues with a positively jazzy beat reminiscent of South African jazz pianist Abdullah Ibrahim. Wingfield's piano is to the forefront on this and also on the brassy, powerful cover of the blues standard I Pity The Fool. The groove is an insistent, addictive one and once it gets going it chugs along most infectiously.
These guys, straight out of Sussex University, could play. Never Say No is a delicious, slow bassy blues. Check out that cymbal work and killer piano. The topically-titled Chairman Mao's Boogie is a magnificently bassy instrumental featuring some Traffic-esque piano breaks. Really good stuff.

Evening is over seven minutes of late night smoky blues. Again, the bass is superb and the sound quality outstanding. This was really solid, mature music. Listen to the bass-drum-piano interplay half way through and then when the lead guitar comes in. Wingfield's piano runs at 5:45 are impressive too.
I've Got To Forget You is a melodic, slow ballad. Boogie Sandwich is, as you might expect, a brief and lively boogie-woogie piano-only instrumental.
Rusty Blade returns us to traditional blues of the kind that was so popular for bands to cover at the time.

No Brag Just Facts (Parts 1 & 2) is a fine instrumental number with a hint of the Handbags And Gladrags piano break to it. You'll know what I mean when you hear it. The second part of the track has some excellent bass/percussion/guitar jamming.
No One Else is a deep, warm blues ballad and this truly excellent blues rock album ends with the upbeat, brass-enhanced Don't Pay Them No Mind. This is a really enjoyable album and well worthy of half an hour of anyone's time. Listen to some of those piano breaks and you will hear The Style Council from 1983 too. I reckon it was more influential than it has ever been given credit for.