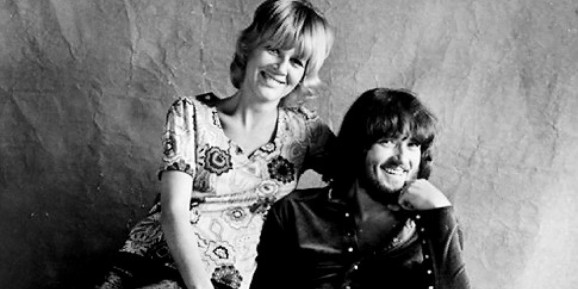 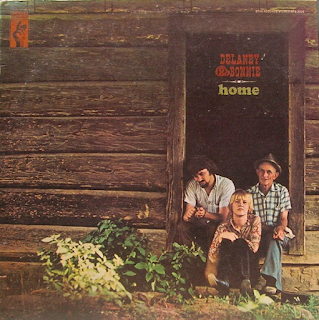 It surprised me to learn that husband and wife Delaney and Bonnie Bramlett's debut album was a solid slice of soul/rock recorded on the legendary soul Stax label. I had always thought of them more as bluesers hanging out with Eric Clapton, as opposed to Booker T. & The MGs, who supply the instantly recognisable backing on here. It is far more soul-orientated than rock. I love this album, it is just a shame it has taken me so long to get round to it. It is Stax soul of the highest quality. Incidentally, I remember when I was about fourteen, a boy in my class trying to turn me on to D & B, together with telling me attractive he found Bonnie, but my David Bowie/Mott The Hoople self wasn't really interested, but I always remembered the recommendation.

It's Been A Long Time Time Coming is a superb, chugging piece of soul/rock, featuring kick ass horns, fatback drums and two great vocals from Delaney and the gruffly soulful Bonnie. I am sure Southside Johnny would have loved this. This album really is a prototype for his mid-seventies offerings. Those Memphis horns and funky guitar introduce the also supremely soulful groove of A Right Now Love. We Can Love is another very Southside-ish and Asbury Park-esque number. 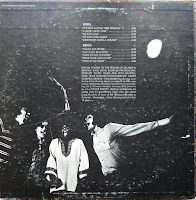 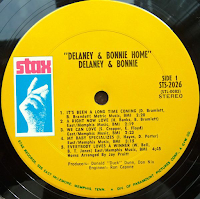 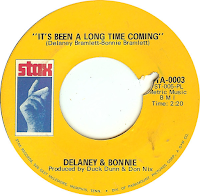 Just listen to that deliciously rumbling bass from Donald "Duck" Dunn on the catchy, horn-driven My Baby Specialises. If you didn't know that D & B were a white couple, you would think that this was an authentic black r'n'b outfit. It has echoes of William Bell's Private Number about it. Everybody Loves A Winner is a classic slow Stax ballad in a Percy Sledge/William Bell style. It is simply glorious. Things Get Better is a lively, organ-powered thumper. Those horns are pure Memphis too, although within a few years they would be seen as just as purely Asbury Park.

The rhythmic shuffle of Just Plain Beautiful is most addictive, and once again the two vocals are superb. Hard To Say Goodbye was a single and is more poppy than the rest of the album, sounding almost breezily country in places, while Pour Your Love On Me returns to the muscular, industrial horn-powered bull elephant grind we had become used to. Finally we get the couple's biggest unfortunate non-hit, as their version of Piece Of My Heart disappeared unnoticed while Janis Joplin's version went stratospheric. D & B's version is a good one, however, and worthy of attention, as indeed is this whole album. 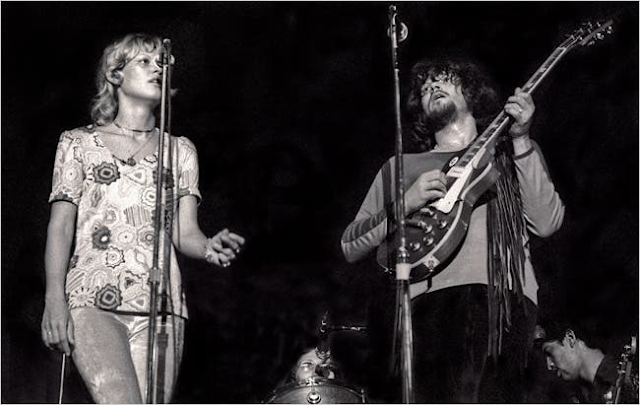 ** The non-album extras include the slightly more bluesy, Clapton-esque A Long Road Ahead, the solid brassy country-ish rock of All We Really Want To Do, the bass and organ beauty of Look What We Have Found (check out Bonnie's great vocal), the sumptuous soul balladry of I've Just Been Feeling Bad, the Joplin-esque blues of Dirty Old Man and the country blues of Get Ourselves Together. The latter two both appeared on the couple's next album. 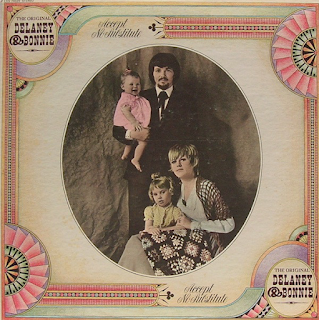 1. Get Ourselves Together
2. Someday
3. Ghetto
4. When The Battle Is Over
5. Dirty Old Man
6. Love Me A Little Bit Longer
7. I Can't Take It Much Longer
8. Do Right Woman, Do Right Man
9. Soldiers Of The Cross
10. The Gift Of Love
Delaney & Bonnie's second album was more blues/rock orientated than their soulful debut on the Stax label. This one didn't use Booker T. & The MGs as backing, using a selection of musicians such as Leon Russell, Bobby Keys and Jim Keltner among others. It was more of an album that would appeal to Eric Clapton and he, impressed by it, duly used the couple on his own recordings over the next few years. While the first album was a soul one which sounded black, this was definitely a white blues/country rock album but one with considerable gospel/soul influence. I bet Ringo Starr loved it too.

Get Ourselves Together still had the brassiness, but it had a sort of country blues feel to it. Someday is a lively piece of bluesy, horn-drenched riffy rock, while Ghetto is an atmospheric gospelly ballad with Delaney initially on lead vocals. Bonnie arrives by the end as Leon Russell cranks up his piano and it becomes a most dramatic, unusual song.

When The Battle Is Over is an infectious serving of blues/soul with some great bass and drums. It has a laid-back, sleepy but insistent groove to it that is irresistible. Dirty Old Man is sort of Janis Joplin meets Otis Redding over some delicious plucking guitar, kick ass brass and big drums. Love Me A Little Bit Longer is a classic piece of horn-driven blues rock while I Can't Take It Much Longer harks back to the Stax album with its horns and bass beat. It grooves, sways and rocks from beginning to end. I really like it. 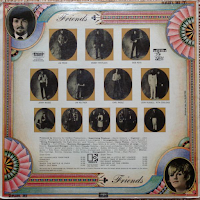 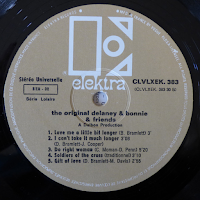 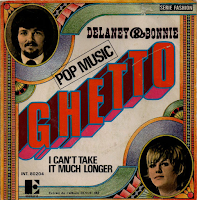 The cover of Aretha Franklin's Do Right Woman, Do Right Man is enhanced by Leon Russell's piano and is suitable gospelly. Bonnie's vocal at times goes very Janis Joplin. Soldiers Of The Cross is a pure gospel rave up. The Gift Of Love sounds quite like The Band to me, in its country rock feel, very late sixties/early seventies.

While I like this album, I have to say I prefer the soulfulness of the first one. This one contained more of the sound that became to be associated with Delaney & Bonnie, however. 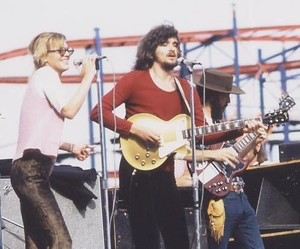