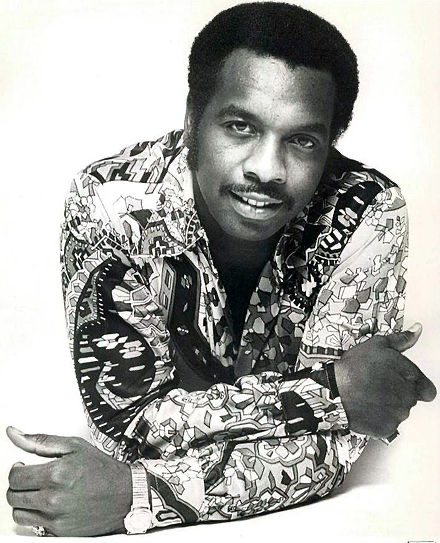 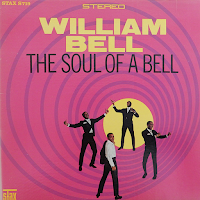 William Bell had been around for ages, seemingly, when this, his debut album, was released in 1967. He had been recording since 1961. Everything was about singles for soul artists in the sixties, and that non-album period for him exemplifies that perfectly, but eventually he released this. The album is a mix of mainly slow, emotional ballads sung by Bell's rich, warm and soulful voice over a typically Stax brassy backing and a second half of toe-tapping, horn-driven, upbeat numbers.
Everybody Loves A Winner is a fine example of Bell's brand of soul balladry. There were other ballad-orientated groups like The Originals and The Dramatics but, for me, Bell delivered his slower numbers with more of a soul feel about them than an "easy listening" one. He always sounded very much like the Stax artist that he was. Would you believe that You Don't Miss Your Water dated from 1961 and had taken six years to finally end up on an album. Aretha Franklin's Do Right Woman, Do Right Man and Otis Redding's I've Been Loving You Too Long are covered is solid, convincing fashion, although I do feel that Bell's voice was good enough to have handled more original material. He approached the numbers with the velvety but earthy soulful abundance of gospel-drenched Southern soul, however, therefore they do still have something to offer.

Nothing Takes The Place Of You is an immaculately-played heartbreaker. The same applies to the yearning, emotive Then You Can Tell Me Goodbye. Stax musicians Issac Hayes and David Porter were involved on the instrumentation of this album, I believe. At this point the old "side one" ends, it had been a deliberately slow-paced side.

Side two is much more uptempo. It opens with the energetic, Four Tops-ish Eloise (Hang On In There) that features a Levi Stubbs-esque gritty vocal from Bell. Any Other Way is a mid-pace piece of gospel meets slowed-down rock 'n' roll backed by some sumptuous, uplifting horn breaks. I love this one - classic smouldering, brassy Stax soul. Sometimes music doesn't get much better than this. It's Happening All Over was an Isaac Hayes-penned song that has a fine groove to it, full of Northern Soul beat, female backing vocals and those punchy horns taking us to heaven. The Stax glory continues on the ebullient, addictive Never Like This Before, which is my favourite cut on the album. It pounds with a big Memphis thump from beginning to end. It even features a killer electric guitar solo - Steve Cropper? Unfortunately I haven't found that out. You're Such A Sweet Thang is also a lively Stax groover to end this album of two different, but equally impressive, halves. It has excellent sound quality too.
Related posts :-
Email ThisBlogThis!Share to TwitterShare to FacebookShare to Pinterest