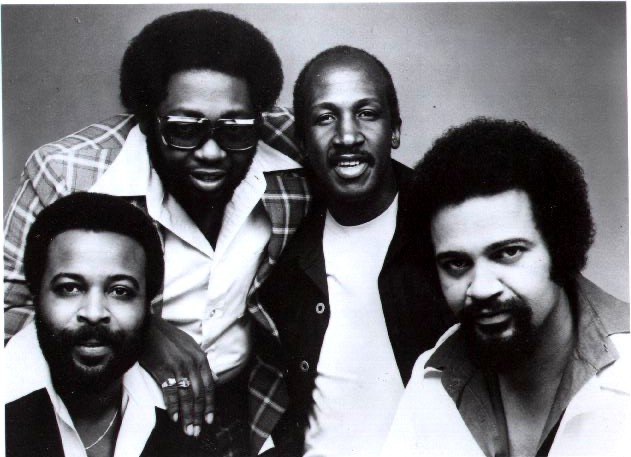 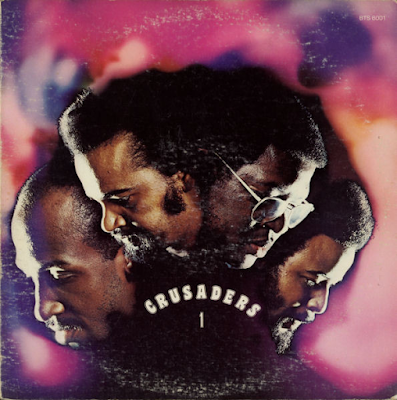 That's How I Feel/So Far Away/Put It Where You Want It/Mystique Blues/Full Moon/Sweet Revival/Mud Hole/It's Just Gotta Be That Way/Georgia Cottonfield/A Shade Of Blues/Three Children/Mosadi
In 1971, The Jazz Crusaders diversified away from the jazz of their original name, and became simply The Crusaders, adding more than a little funk to the sound as they did so. Many jazz artists seemed to be getting the funk in the early seventies. It was the vibe, man. They were taking the sounds and atmosphere of a jazz club and mixing it with the gritty, urban funk music of the streets, which made for a mighty appealing mix on this lengthy 1972 double album release.

Put It Where You Want It (also covered by The Average White Band but with added lyrics) is a magnificent track, which, despite having no vocals, is marvellously catchy. You almost feel that it has vocals, but it doesn't. Radio stations caught on to that as well, and played it alongside other singles. Check out that infectious guitar line (Larry Carlton). Great stuff. The same can be said for the atmospheric slow burn of Mystique Blues. Once more, what a great track. 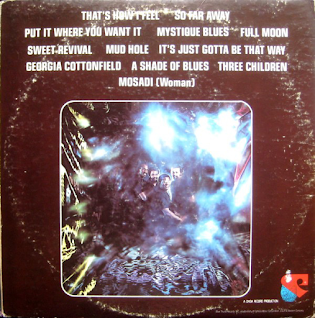 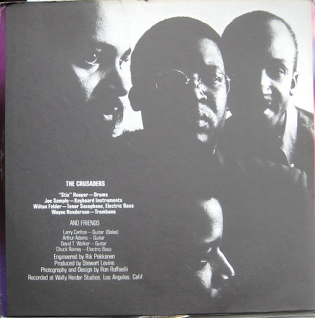 Full Moon is an intoxicating piece of early seventies gritty jazzy funk that wouldn't sound out of place on a Blaxploitation compilation. It has that urban street jazz sound that was so prevalent in 1971-1973. Man, just listen to that bass intro to Sweet Revival. Then the guitar and the drums kick in and the rhythm is utterly captivating.
Mud Hole is a gritty, funky number with some excellent drum parts. It's Just Gotta Be That Way sees the group going late night jazz blues on a most relaxing number, while the jazzy funk is back in a. big way on Georgia Cottonfield, with is very "jazz" piano solo.

A Shade Of Blues is very Blaxploitation soundtrack-esque. Wah-wah and horns - you know the sound. Three Children ploughs the same furrow. The piano solo reminds me of Mike Garson's piano work on David Bowie's Aladdin Sane. The bass too.
Mosadi is a slow burning jazzer to finish with, with a touch of Abdullah Ibrahim about it (with added wah-wah, of course).

A whole double album here is a lot of music but it serves well as really high quality background (but loud enough to hear and appreciate) music, while you're reading, for example. 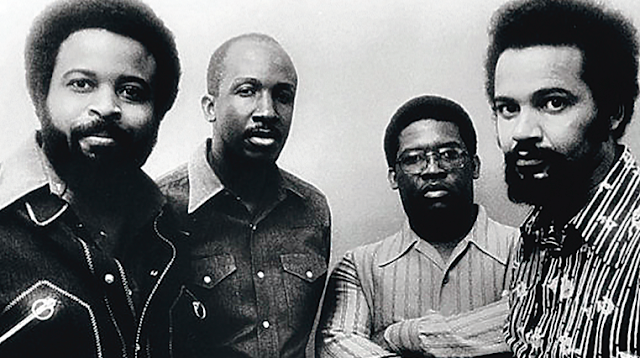 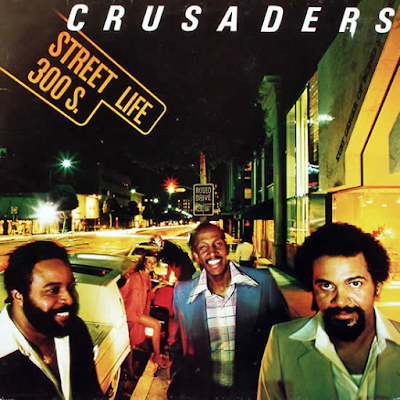 From disco's rhythms, in 1979, melodic, jazz funk grooves had become a more discerning music of choice for those who found disco's poppy vibes too lowest common denominator. Nothing summed this up more than The Crusaders's huge hit, Street Life, although I have often wondered what those who bought this album expecting more of the same felt when they heard five instrumentals along with that track.

The album is crammed full of superb saxophone, piano and jazzy rhythm, however. It is a lovely late night, chilled out piece of work. The sound quality is also outstanding, the sort of thing you used to hear played in hi-fi shops as a demonstration of the equipment’s quality.

Street Life, as I said, needs no introduction, of course. It is the album's only vocal track, featuring the talents of Randy Crawford. It is presented here in its full, eleven minute plus version, with its slow, soulful introduction before that instantly recognisable horn/funky guitar riff kicks in. 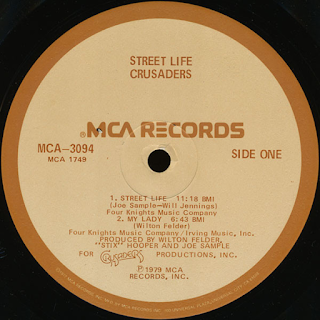 My Lady has an infectious, insistent drum beat and that typically jazz funk tinkling piano, the sort that Shakatak would come to specialise in. The saxophone soloing is superb and the track, indeed like all the album washes over you like a warm bath. Near the end it features some really good drum/sax rhythms.

Rodeo Drive (High Steppin’) and Carnival Of The Night are largely saxophone-driven. The former is quite jaunty and has a feel of a seventies movie soundtrack, you know, as the camera sweeps over brightly lit New York streets and skyscrapers of an evening as the opening credits roll in big yellow writing. The latter has some intoxicating percussion work and a pretty irresistible series of saxophone breaks. The two tracks sort of complement each other.

The Hustler has a bit of a blaxploitation funky vibe to it, while Night Faces is a deliciously bassy slice of dignified jazz funk to finish off the album in relaxed mood. The bass and piano interplay is excellent and that bass is just beautifully warm and melodic. Good stuff. It is a real pleasure form beginning to end.