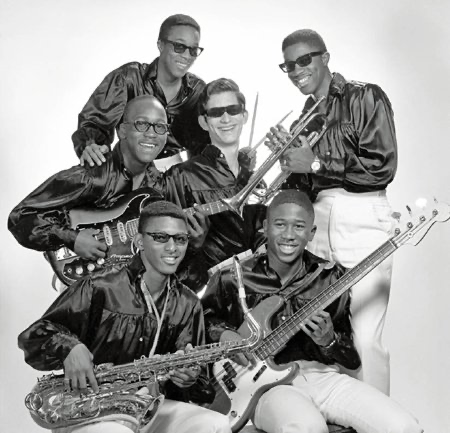 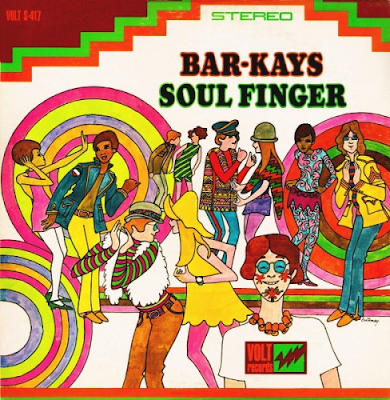 Soul Finger/Knucklehead/With A Child's Heart/Bar-Kays Boogaloo/Theme From Hell's Angels/You Can't Sit Down/House Shoes/Pearl High/I Want Someone/Hole In The Wall/Don't Do That
The Bar-Kays were an instrumental Stax/Atlantic group similar to Booker T & The MGs, being a backing combo for a lot of the vocalists on the Memphis-based Stax and Volt labels, as well as a self-contained unit, releasing their own singles and this, their debut album, in 1967.

The group unfortunately had a tragic story and this became the only album featuring the original line-up. Four of their six members lost their lives in the plane crash that also took Otis Redding's life. Later replacements carried the group through into the seventies, however, appearing at Wattstax.

Soul Finger was their best known cut and is one that often appears on Stax/Atlantic compilations. It is a catchy instrumental that broke through into the main pop charts as well as the black/r'n'b ones. The whole album is made up of similarly infectious instrumentals that followed the Booker T style of including killer hooks and blending uptempo numbers with slower, more atmospheric numbers. The front cover is suitable freaky too, man.

Soul Finger has an added on backing of party noises helping to cement its reputation as a party anthem. It stomps from beginning to end and it a very danceable piece of fun.
Knucklehead has some great bass and lead guitar on it. There is a brief, groovy drum solo too.
With A Child's Heart is one of those afore-mentioned slow numbers that has a touch of The Shadows about its guitar soloing.
Bar-Kays Boogaloo is an organ-driven stomper, you can't go wrong with any of this stuff, really, all good time fare.

Theme From Hell's Angels is odd as it does not seem to relate to any film of the same name. It, unsurprisingly, has a foreboding, pounding drum rhythm to it. It is probably the heaviest cut on the album. That doesn't stop it featuring some subtle guitar breaks too, however.
You Can't Sit Down returns to the party vibe on a lively romp. House Shoes features a stonker of a bass line and some superb guitar.
Pearl High is another one with an absolutely captivating melody. The way the band feed off each other is so cohesive and the sound so attractive. Incidentally, the sound quality is outstanding on this album.

I Want Someone was a vocal hit for The Mad Lads. The instrumental version here is beautifully and mournfully evocative. Indeed I prefer the instrumental version to the vocal one.
Hole In The Wall is beguiling in its seductive, bleeping organ notes. Check out those drums too.
Don't Do That is similarly impressive. There isn't a sub-standard track on this magnificent album. One of the best instrumental albums around. 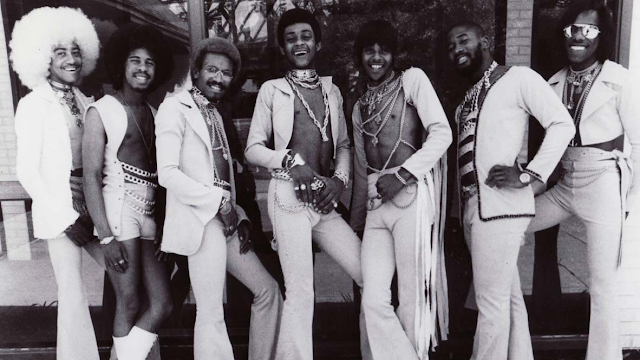