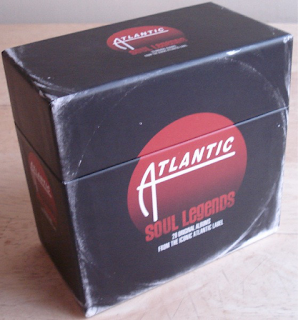 The albums included in this box set are:-

This is a truly exceptional collection of albums from Atlantic Records. There are 20 albums in all, released between 1959 and 1975, covering some of the label’s well-known artists, and also some comparatively little-known ones. The beauty of 21st-century streaming allows me to listen to all 220 songs at random. The sound quality is excellent, although some albums are better than others, depending on their age, obviously. Even the older ones are pretty good, however. One particular Wilson Pickett track, I Found A Love, has dreadful sound, for some unknown reason. Others on the same album are fine.

The music really needs no introduction, just look at the names and the albums. Quality soul music. You can’t go wrong with this, however you source it. 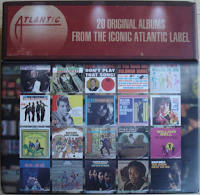 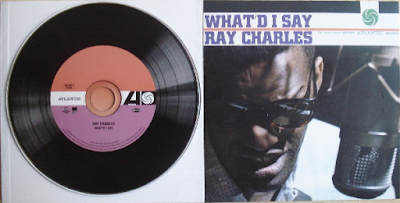 Aretha and Otis take the headlines, standing head and shoulders above everyone, but I have always had a liking for Eddie Floyd and Sam & Dave. Their albums are surprisingly good. William Bell always gave value for money too, as of course did Wilson Pickett (although his album here is a bit of a hodgepodge, including some older, sonically-inferior numbers) It is also nice to hear Arthur Conley singing something other than Sweet Soul Music (however great that track is). His is another mightily impressive album produced by Otis Redding, no less. The more “modern” artists like Howard Tate, the jazz instrumentals from Clarence Wheeler and the “social message” material of Sam Dees are good to hear as well. I knew nothing of any of them, actually. Howard Tate’s punchy brand of Southern soul is particularly good.

The Ben E. King album is very dated, however, as is The Drifters' one and the Solomon Burke one is not as good as I expected it to be. It is the 1966-68 ones that really do it for me - Conley, Floyd, Sam & Dave and the sumptuous-voiced William Bell.

What is notable is that so many of these albums were debuts, or if not, released early in the artists' careers, which emphasises again just how impressive they were.

Although this is a great listen, probably even better are the three Atlantic Singles box sets, which are great singles all the way, avoiding album “filler”. There isn’t too much of that here, though. Some, to be fair, particularly on the earlier albums, but not enough to detract from what is a quality set. 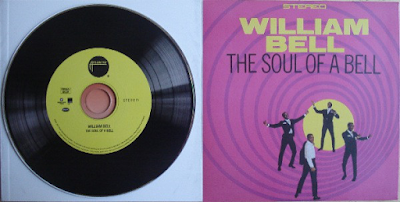