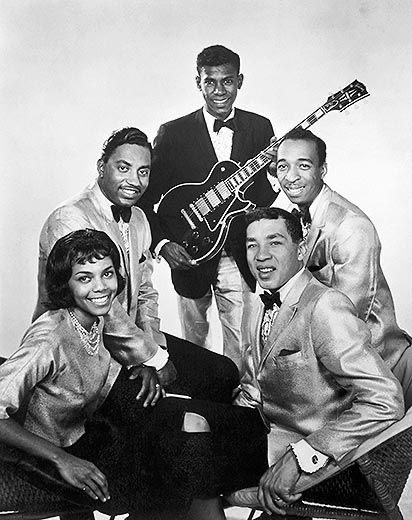 "As a kid, this is what I wanted my life to be. Not in my wildest dreams did I ever dare to dream that it would be this" - Smokey Robinson 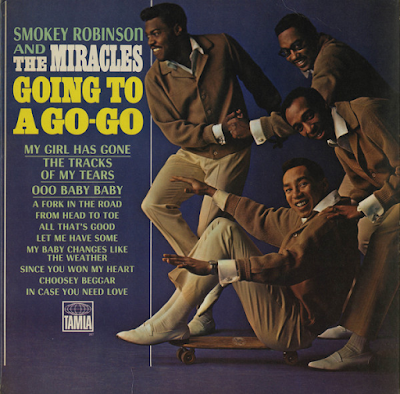 The Tracks Of My Tears/Going To A Go-Go/Ooh Baby Baby/My Girl Has Gone/In Case You Need Love/Choosey Beggar/Since You Won My Heart/From Head To Toe/All That’s Good/My Baby Changes Like The Weather/Let Me Have Some/A Fork In The Road
Along with 1967’s Make It Happen, this album, from 1965, is probably the only other truly credible Smokey Robinson & The Miracles album i.e. one not blighted by cover versions, something that was true of so many sixties Motown albums. As Motown male vocal groups went, however, it was always The Temptations and The Four Tops for me, before Robinson & The Miracles. This is a fine album, though.

The album kicks off with three copper-bottomed Robinson classics in the iconic The Tracks Of My Tears, the catchy drum-powered and irresistibly catchy Going To A Go-Go and the sumptuous romantic ballad Ooh Baby Baby which showcased Robinson’s unique high-pitched voice. That was some start to the album. Maybe it is because I have loved the song for over fifty years now but The Tracks Of My Tears just stands out on the album as being just so damn perfect.

My Girl Is Gone is almost a re-make of The Tracks Of My Tears and is equally full of soulful hooks and superb backing vocals behind Smokey’s soaring vocal.
In Case You Need Love is a quirky, semi-funky staccato number featuring some parping saxophone too. The sound quality on this one is noticeably better than on the previous track.
Choosey Beggar is a polished ballad that typifies Robinson’s ability to make seemingly mundane lyrics sound very clever. “I’m a choosey beggar and you’re my choice” somehow sounds great in his hands. He was a master pop lyricist.

Since You Won My Heart is a late fifties-influenced slow doo-wop style ballad. It is another one with good sound quality.
From Head To Toe is, forgive the phrase, utterly toe-tapping with its jazzy beat. Elvis Costello & The Attractions covered it in 1982. All That’s Good is a song with a typical Robinson structure - a bit like The Way You Do The Things You Do.

My Baby Changes Like The Weather is a lively, Northern Soul-ish number with a superb bass line driving it along. Let Me Have Some is also upbeat and infectious.
A Fork In The Road ends the album with a slow, immaculately-delivered ballad. This was an album loaded with classic Motown pop and, for a mid-sixties Motown album, was pretty impressive, both musically and sonically. 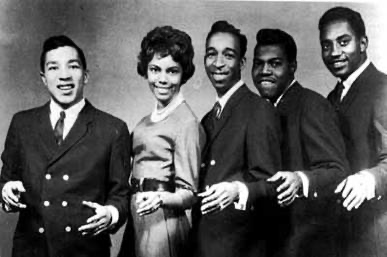 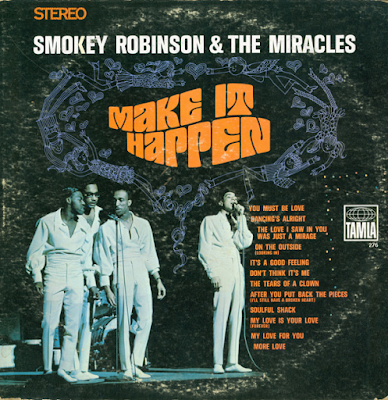 This was probably the best album from Smokey Robinson &  The Miracles, from a time in 1967 before albums from Motown artists were taken particularly seriously, either by the music media or by the artists themselves. It actually only contained one really big hit, The Tears Of A Clown - a rare initial mistake from Motown’s hitmakers who didn’t release it as a single until three years later. There were several other songs that should have been hits on the album, though and the quality is generally maintained throughout. It is a fine mixture of infectious, energetic dance numbers and slick, polished ballads. Oh, and there were no Beatles or easy listening “supper club” covers to be found.  It has a superb, clear, pounding stereo sound too. One of the best Motown album sound reproductions around.

The Soulful Shack is a copper-bottomed killer of a Robinson track with an insistent, lively beat and a great bit of saxophone half way through. Robinson’s instantly recognisable vocals positively soar throughout.
The Love I Saw In You Was Just A Mirage is a typical mid-pace piece of Robinson fare enhanced by sumptuous strings and the usual clever and hooky lyrics. The pace slows down to walking on the ballad My Love For You. I have to say that I prefer the more typically Motown, upbeat numbers such as the previous two, but I can’t deny that the execution is superb. The same applies to I’m On The Outside (Looking In), another pitch-perfect ballad. It was a cover of a Little Anthony & The Imperials song.

Don’t Think It’s Me is a slow number but it has a dramatic, slightly Stand By Me-style backing beat. The tempo is back up on the Northern Soul dance vibe of My Love Is Your Love (For Ever). It is an irresistible number.
More Love is a ballad but an incredibly melodic, catchy one. The lengthily-titled After You Put Back The Pieces (I’ll Still Have A Broken Heart) has a lovely, laid-back appeal and a beautifully subtle but equally rumbling bass line.

Another floor-filler is the enthusiastic Motown pop of It’s A Good Feeling. Classic stuff. You Must Be Love is classic slow, romantic Robinson.
Dancing’s Alright is a rousing, slightly Latin-influenced stomper with one of those Mickey’s Monkey singalong "na-na-na” choruses accompanied by thumping, rhythmic drums. Then, of course, there is The Tears Of A Clown, which needs no introduction. Quite why it was not immediately singled out as a potential hit defies belief. That is not a feeling in retrospect, either, I’m sure that the track would stand out whether you knew it had been a hit or not. It is also worth stating that the sound on the song is one of the best I have heard it (the introduction is often notoriously a bit dodgy, sound-wise).

This is a highly recommended sixties Motown album and as I said earlier, probably the best one that Smokey Robinson & The Miracles put out, although the next one was a fine offering too. 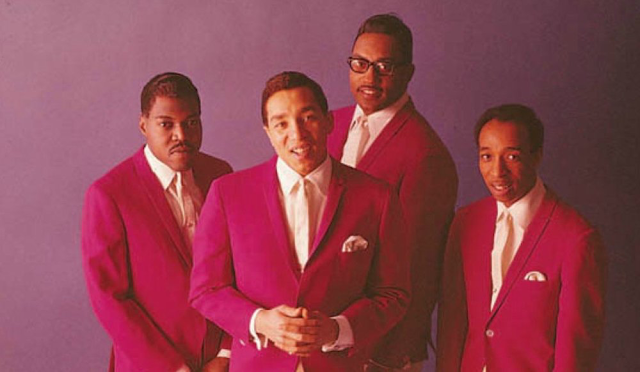 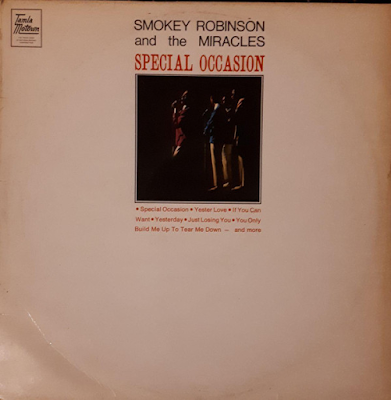 Smokey Robinson & The Miracles released three pretty acceptable albums in the mid-late sixties in Going To A Go-Go, Make It Happen and this one, containing some good songs and delivered with a good sound quality. I have to say the quality is superb on this one. It is a really good album overall too, even though it includes the now seemingly obligatory Beatles cover.

Yester-Love is a great opener, full of brass breaks, great drums and a sublime Robinson vocal. This was Robinson and The Miracles at their very best. Great songwriting, great harmonies.
If You Can Want has a fine rhythm to it that is almost proto-funky. Check out that drum/bass interplay. This was a definite underrated Miracles tune. I really like it.
Special Occasion continues the quality with more sumptuous bass and drum backing and another killer vocal. These really were three corkers to open the album with. Everybody Needs Love, with its catchy Northern Soul-ish vibe, is another excellent cut, too.

Just Losing You is a typical smooth, slick Robinson ballad. Personally, I prefer the more chunky, upbeat numbers but there is no doubt that it is beautifully done. Give Her Up is another slow number, but it has an impressive bassy backing to it and more sold drums.

Sandwiched between Gladys Knight & The Pips' original version and Marvin Gaye's iconic one comes Smokey's take on I Heard Through The Grapevine. All versions of the song have to be compared to Gaye's, however, but, taken in isolation, this is a solid rendition.
Then there is Yesterday. No need for this cover of the Paul McCartney classic, but, of course, Smokey does it appealingly, slowing it down to walking pace and enhanced by The Miracles' harmonies.
Back to some classic Smokey, I think, and it arrives with the uplifting Your Mother's Only Daughter, which has echoes of I Second That Emotion. Much Better Off is a typical ballad and You Only Build Me Up To Tear Me Down ends the album in classic mid-pace Robinson style.

On balance, this is probably my favourite Smokey Robinson & The Miracles album, just edging out Make It Happen. 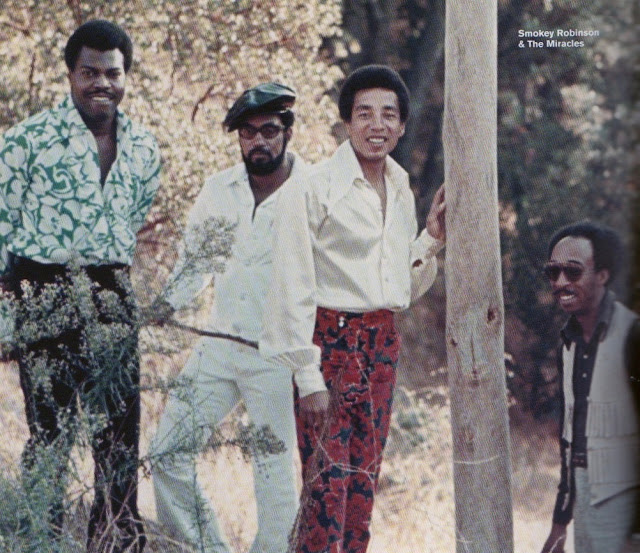 Probably the best Smokey Robinson & The Miracles compilation around is the Motown “Gold” double CD release. It contains fifty tracks all remastered to a high standard. Its sound quality is the most impressive I have heard on a Robinson compilation. 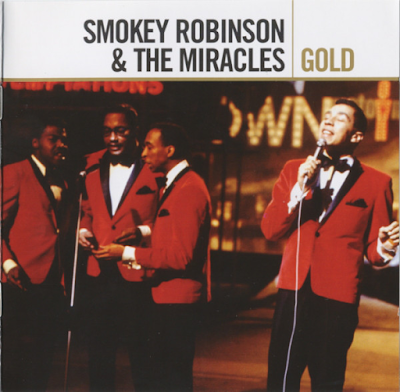 One thing it highlights is the fact that the group were one of the earliest Motown groups to have material released. By the time The Tracks Of My Tears came around in 1965, they had had lots of chart success, going right back to the late fifties/early sixties with 1958's Got A Job and 1959's Bad Girl, both included here. So, a large amount of the material on here is from the doo-wop, rock 'n' roll influenced early period of the group, something that often makes a song like Going To A Go-Go seem like a later-era song! Indeed, it begins CD two. The Tracks Of My Tears, for example, is track number twenty-six, emphasising the wealth of material that came before.

The group pre-dated The Four Tops and The Temptations and were Motown's first big chart group. Some of their earliest hits were on other labels as shown above. A classic rarity, for me, is 'Til You Were Gone. Try as I might, I can't find from when it dates. It comes a fair way through the compilation, along with songs from 1967's Make It Happen album and has a mid-sixties vibe and sound quality so I imagine it is from around 1966-67. It has a great bass sound on it. Special Occasion and the breezy, irresistible I Don't Blame You At All are two other later gems too. Overall CD Two is the better of the two, as for me it contains more classic Motown, as opposed to doo-wop. 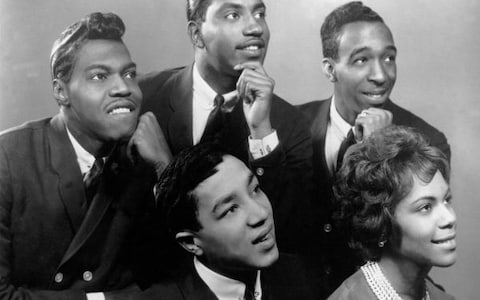