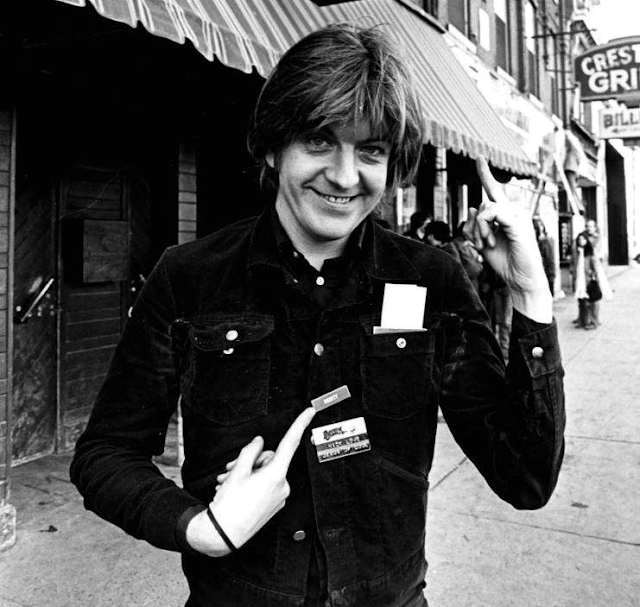 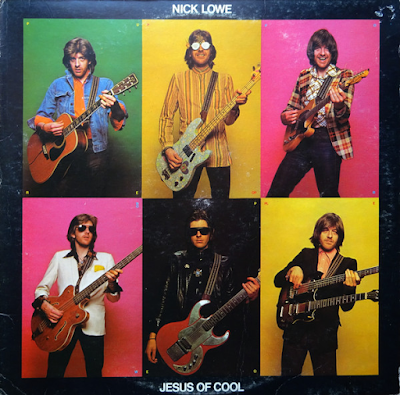 Music For Money/I Love The Sound Of Breaking Glass/Little Hitler/Shake And Pop/Tonight/So It Goes/No Reason/36 Inches High/Marie Provost/Nutted By Reality/Heart Of The City (live)
As a teenage new wave fan in the great days of 1978-79 I always had a somewhat detached relationship with the work of Nick Lowe. Yes, I was familiar with his excellent singles of the period but I was much more drawn to Lowe's contemporaries Elvis Costello and Graham Parker, both of whom he notably produced albums for, and Joe Jackson also. I felt, at the time, that Lowe, despite his respect within the music media and among fans, was a bit of a smart-arse, far too clever for his own good. He was also guilty of railing in many of his songs about the ills of the music industry, while simultaneously trying to break into it. They all hated the music industry, didn't they - Costello, Parker, Lowe - yet they all wanted a place at its table.

The title of this album was, for whatever motive, a pretentious one and its alternative title and the one used in the US - Pure Pop For Now People - even more so. I felt back then that Lowe was a bit of a Bob Geldof-like figure - not the real deal but full of cynical comment, whereas those afore-mentioned artists were far more credible. I realise now that that was a somewhat ill-considered point of view and in re-assessing this album it gives me the opportunity to alter some of my feelings. For whatever reason, though, Lowe never really made it and the other artists did, which was a shame, as this album is up there with Costello's This Year's Model, for example.

What is not in doubt is that Lowe had an instinctive ear for a captivating hook and a Costello-like knack for coming up with killer, clever lines. Often cynical but with a cutting humour too. Listening to his stuff you can hear many other influences, but was Lowe the influencer? Possibly a bit of both.

Back to this album - it is an interesting, intriguing and eminently listenable one that I find myself re-assessing positively. So there you go - and so it goes.

This was Lowe's first solo album and was released in March 1978. Music For Money is a chunky, dense opener with more in common with heavy mid-seventies rock than new wave, to be honest.
All that changes, though, with the glory that is I Love The Sound Of Breaking Glass, a deserved hit single which I loved back then and still do - from its intoxicating slow, rhythmic bass line through its evocative guitar lines to that classic piano sound with its great solo. It was one of the first classic new wave singles, packed full of atmosphere and it takes me right back to 1978. 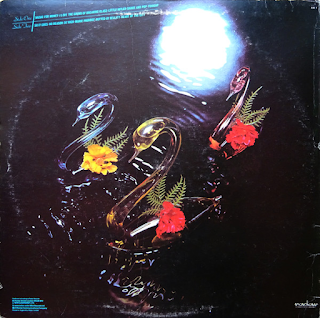 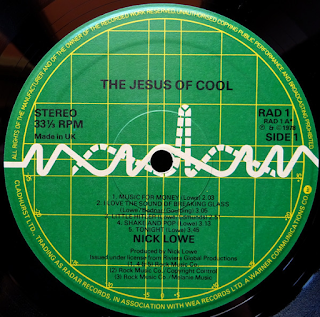 Little Hitler is a strange one, slightly underwhelming, musically, with Lowe enunciating "Hitler" as "Hiddler", irritatingly. Elvis Costello recorded a song called Two Little Hitlers the following year, which was a totally different much better track.
The Squeeze-sounding Shake and Pop is an excellent, upbeat, barroom stomp of a diatribe against the music industry (surprise), while Tonight is a late fifties/early sixties-influenced number with Lowe giving his vocal an Elvis Costello tone. It is an understated grower of a track with some clear Velvet Underground influences on the vocals and general ambience, for me anyway.

The quirky, catchy So It Goes was also a hit single and it a good track, very much under the influence of Thin Lizzy and Phil Lynott, both musically and lyrically.
The excellent No Reason has Elvis Costello's Watching The Detectives all over it, in its bass line, reggae-ish groove and organ sound. It is very much the sound of 1978. I like it a lot.
36 Inches High is a beguiling, mysterious number with a pounding, slow drum sound and an industrial, almost post-punk vibe to it in places. It has a very Attractions-style organ too.
Another of my favourites on the album is Marie Provost, which is a melodic very new-wave-ish song. Once again, those Lynott (and by osmosis, Geldof and the debut album-era Boomtown Rats) echoes are there, plentifully.

Nutted By Reality is a a poppy, slightly Madness-esque song about Fidel Castro. It has an odd appeal. The short, thirty-three minute album ends with a frantic, breakneck live version of Heart Of The City, a single that Lowe recorded with Dave Edmunds under the Rockpile name. It is probably the punkiest thing Lowe ever did. Dr. Feelgood also recorded it and Elvis Costello has played it live many times. Bruce Springsteen paraphrased the "I want a thousand guitars" line in Radio Nowhere too, if you ask me.

Look, this is a good album, showcasing a variety of styles within the basic new wave framework and I unfairly ignored it back in 1978. I stand accused. 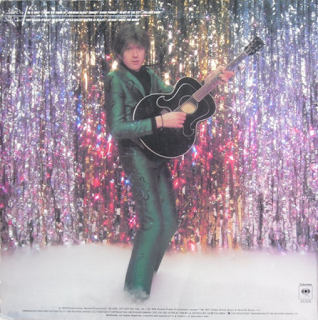 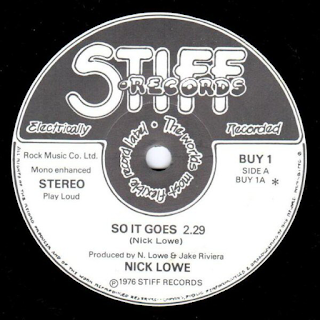 ** The non-album material from this period is extensive, almost like a second album. Because the original album is so short, you can listen to the whole lot without losing interest at all - anything but.

Shake That Rat is a Duane Eddy meets Dr. Feelgood to play some surf pop of an instrumental. I Love My Label is a cynical song about guess what - yes, the music industry. It has a nice bad/drum interplay bit at the end.
They Called It Rock was a single by Rockpile and was an alternative, more rockabilly version of Shake and Pop. It would have fitted in fine on Elvis Costello's My Aim Is True album in some ways. It rocks lustily from beginning to end.

Born A Woman was a cover of Sandy Posey's cynical 1966 country song. Lowe gives it a fine new wave makeover. Endless Sleep is a sombre, mournful vocal and bass number with Lowe's voice quiet and understated.
Halfway To Paradise has Lowe and his band giving a sparkly new wave sheen to the Billy Fury song.
Rollers Show, while a clever, accurate musical pastiche of The Bay City Rollers' sound, is an unnecessary, sour dig at that group's teenage girl fans. If they liked that group, then so what? It was also several years too late as well. Lowe comes across as pointless and bitter. I don't quite get his motivation for doing this song. He seemed to have a strange obsession with the teeny-bop group because he had earlier released a pseudonymic single under the name Tartan Horde called Bay City Rollers We Love You - nothing better to do with your time, Nick?

Cruel To Be Kind was Lowe's biggest hit the following years, 1979, but the version here is the original Brinsley Schwarz single from 1974, for which Lowe admitted using the bass line from Harold Melvin & The Blue Notes' The Love I Lost, a record he loved. It is amazing how much of a new wave sound it had for a song recorded back in 1974. The eventual single was such a part of 1979 and very nostalgic for me, almost as much as any song.
The original Rockpile single, Heart Of The City, is punkily appealing, although the live version is better. The final extra cut is the Dr. Feelgood-ish thrash of I Don't Want To Night To End.

So, there you go, despite my misgivings about some of Lowe's approach, I like this album. I would say, though, that despite having been remastered, the sound is still a little too indistinct for my liking, which is surprising as it is a Vic Anesini remaster. There always was a track-to-track disparity in the sound's quality, though - some were better than others, which remains one of the album's frustrations. It can be forgiven due to the songs' hooky appeal, nevertheless. Good album. 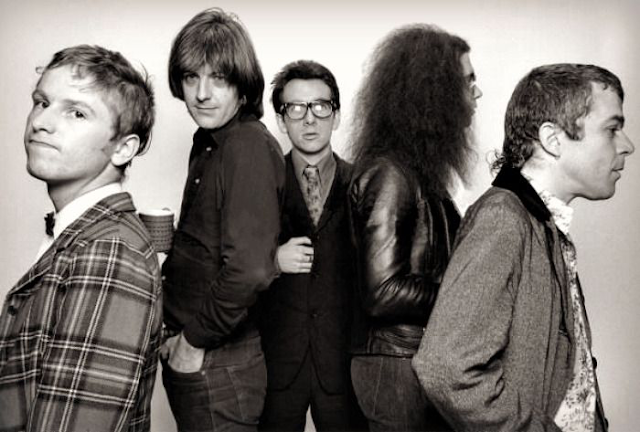 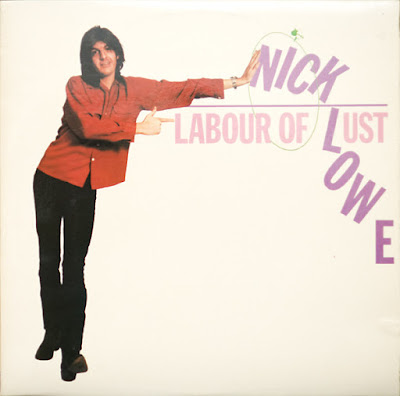 Cruel To Be Kind/Cracking Up/Big Kick, Plain Scrap/American Squirm/Born Fighter/You Make Me/Skin Deep/Switch Board Susan/Endless Grey Ribbon/Without Love/Dose Of You/Love So Fine/Basing Street
This was Nick Lowe's second album, from mid-1979, and was more Elvis Costello, Joe Jackson, Graham Parker-influenced new wave pop-orientated material. While Jesus Of Cool, however, had dabbled in many different styles, this is more of a homogenous pub rock meets melodic new wave affair, less eclectic than its predecessor.

Cruel To Be Kind was a top twenty hit for Lowe, reaching number 12 in the autumn of 1979. It is a very catchy, acoustic-backed but with rock drums number that is just so nostalgic for me for that period. One listen and it is 1979 again.
Cracking Up is a chugging, bluesy rocker with a vague swamp rock undertow to it and a deep, gruff vocal from Lowe.
Big Kick, Plain Scrap begins with an Elvis Costello & The Attractions-style drum intro (Watching The Detectives) and continues in a quirky, staccato rhythm that has a real feel of oddball 1979 new wave about it. It ends abruptly and included on the latest CD version (but not on the original UK album) is the single American Squirm, which is a catchy, singalong obvious single. Elvis Costello, Pete Thomas and Bruce Thomas all appear playing on it. 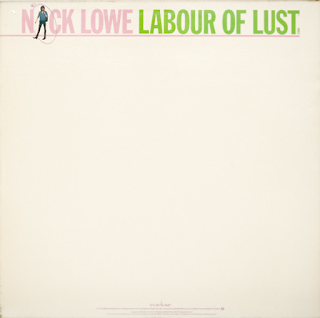 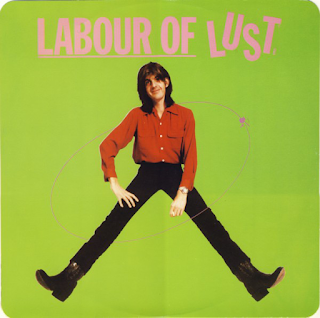 Born Fighter is melodic, sort of Dr Feelgood-ish (slightly) rocker with big hints of Squeeze in there too. You Make Me is a short, acoustic and vocal Costello-ish ballad.
Skin Deep is almost late sixties/early seventies David Bowie in places and has that acoustic/electric guitar interplay that Bowie did so well. The enjoyable, riffy rock of Switchboard Susan is actually also very Costello-influenced, for me anyway, with hints of Paul McCartney too. Endless Grey Ribbon is also in that Squeeze country rock style.

Without Love is another poppy piece of country-ish acoustic/electric rock and Dose Of You is similarly pop in its vibe.
Love So Fine is a perfect slice of jangly guitar-driven new wave pop with a great line in "she's got a pair of tits that just won't quit..." and the album ends with the low-key acoustic, quiet Basing Street. The album has disappeared under the rdar for many years and while it is ok, it is not as varied or as inventive as Jesus Of Cool. 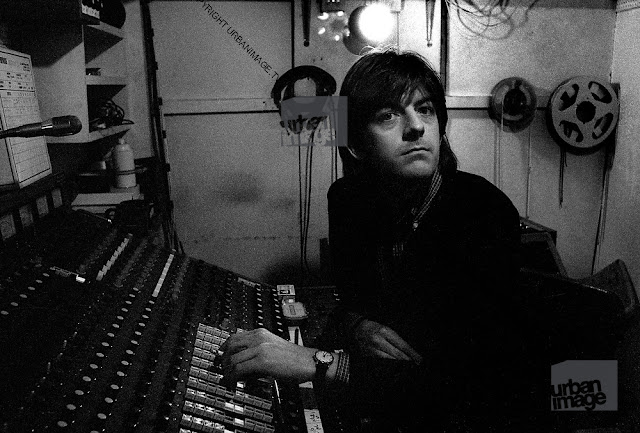