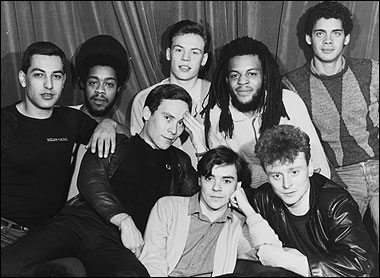 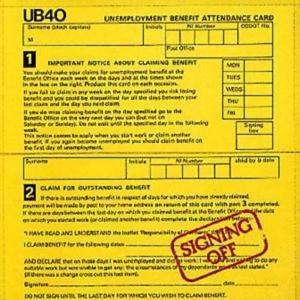 Released in 1980, this eight piece Birmingham-based multi-racial reggae band hit the heights with this stunning debut of original reggae compositions, both vocal and instrumental. From the memorable Brian Travers saxophone intro to Food For Thought to the anti-Deep South institutionalised racism of Tyler and the anti-imperial Burden Of Shame this albums cooks - beautifully. Their cover of Randy Newman's I Think It's Going To Rain Today is just lovely and King (an ode to Martin Luther King) is so evocative. All delivered by Ali Campbell's trademark unique voice. 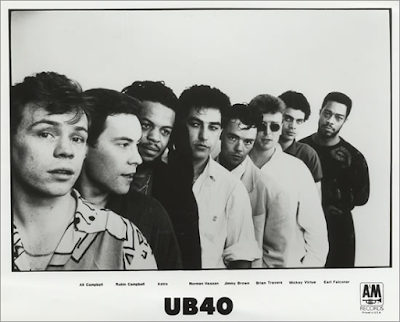 Remastered beautifully, the "deluxe edition" contains the excellent 12" inch single mixes of the melodic Dream A Lie and the chilling The Earth Dies Screaming and the anti-Thatcher song Madam Medusa.

Also, the John Peel BBC sessions live cuts are good too. I caught UB40 live a couple of times in those early years and they were excellent.

This album fitted in well with the new wave/ska feel of the age and garnered due critical respect. Most people would still afford it that. Although UB40 went on to release many great albums, it possibly never got much better than this excellent debut. 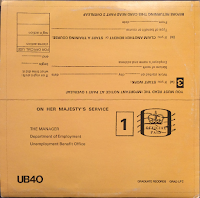 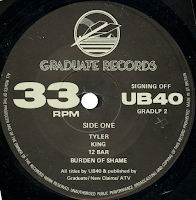 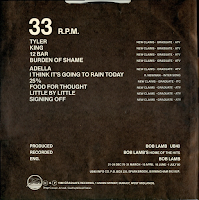 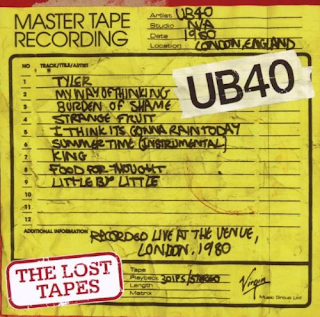 I remember seeing UB40 live in November 1980 and what a breath of fresh air they were. At last, this live performance from London Victoria's now-defunct The Venue from those great days has been released here.

Opening with a storming version of Tyler, they play a lot of material from their stunning debut album, Signing Off (six tracks in fact) plus non-album single, the excellent My Way Of Thinking and a "B" Side, a cover of Billie Holliday's Strange Fruit. They cover the jazz classic Summertime, instrumentally, as well.

The sound quality is really excellent, particularly given that it dates from 1980, but still retains that essential "live" quality that makes you remember the gigs you saw and want to be back there. Burden Of Shame just takes me right back. Just listen to that saxophone, bass and keyboards at the end bit. Great stuff. 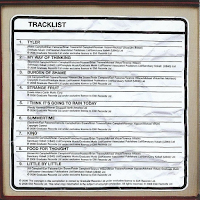 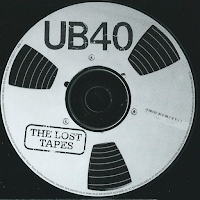 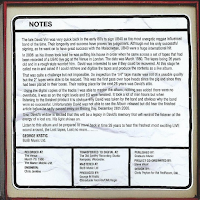 There is a more "live" and earthy feel to this recording than on 1982's previous live release, UB40 Live, which, for some reason, had much less atmosphere. It is also clear that the band are still possibly not that well known to their audience, as songs are introduced and Astro exhorts the crowd to dance on several occasions.

This was when UB40 were really cooking, with all that vitality of being a relatively new group, with new success. Nothing tired or "going through the motions" here. 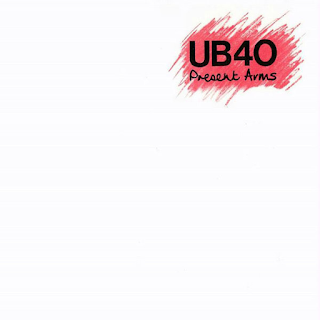 This was UB40’s second album, released in 1981, following their successful debut Signing Off. It contained the big hit single One In Ten, quoting the unemployment percentage at the time. The melodic Don't Slow Down was also a hit, and its “B” side, the extended, brassy Don't Let It Pass You By was impressive too.

Present Arms is a rousing call to arms, while Sardonicus is full of laid back UB40 atmosphere, showcasing Ali Campbell’s unique voice, as indeed does the sad tone of Silent Witness. Lamb's Bread was as “roots” as anything the band had done so far.

Wild Cat continues the Signing Off trend of including and instrumental or two. It is this album's only one, however. 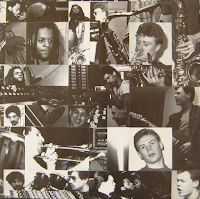 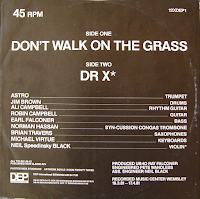 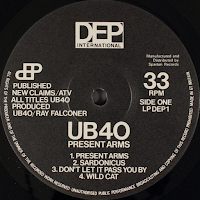 While the album didn’t quite have that certain “new band” feel that gave the previous album its appeal, this one was more polished and gave a hint as to the considerable commercial success UB40 would have over many more years. Nothing quite recaptured that atmosphere and general feel of that stunning debut though. Funny how it happens like that for some bands.

In 2018 we are still waiting for a mooted “deluxe edition” of “Present Arms”, however. The link below does, nevertheless, include the excellent Present Arms In Dub cuts as well as the original album. Worth checking out.

(in brackets are the original tracks the dub versions relate to) 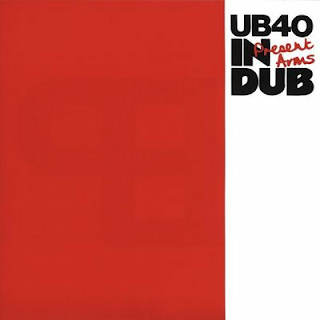 This was an adventurous thing of UB40 to do, after just two albums, they released a dub version of their second album. It was a bit different to much Jamaica dub, however, in that they didn't simply remove the vocals, several of the instruments and turn up the bass. They actually produced listenable instrumental versions of all the tracks from Present Arms, almost re-writing the instrumental tracks, adding all sorts of additional noises and percussion in particular. There are captivating new saxophone parts here and there, keyboard riffs and also typical dubby reverb parts. There are also excellent new bass lines all over the tracks. Listening to King's Row, for example, the dub version of Sardonicus it is like you are listening to a new track, to be honest. B Line, the version of Lamb's Bread is packed to the brim with lots of electronic noises, infectious percussion and a copper-bottomed dubby bass line. These tracks are a mixture of convincing dub and inventive new instrumentation. Indeed , several of them are instrumental re-workings of cuts that already were instrumentals.

While I am a fan of deep, thumping, authentic Jamaican dub, I feel there is certainly enough "proper" dub floating around to not render this a "plastic" dub album, and the use of a lot of inventive instrumentation makes it a more than interesting style of dub album. Not many dub albums have ever broken into the UK album charts. This one did. 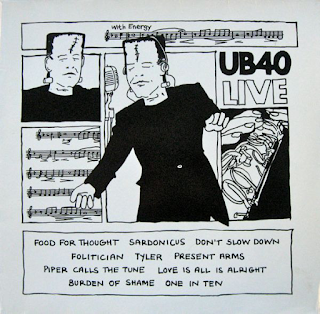 This was the first official UB40 live album, The Lost Tapes from 1980 were not released until the 2000s. This is taken from gigs in Ireland in 1982 and contains material from the band's first three albums - three tracks from Signing Off, four from Present Arms and three from UB44. The sound quality is excellent throughout and the material is played impressively, reproducing the sound of the studio recordings with ease. UB40 could play, particularly saxophonist Brian Travers and the album showcases just what a good band they were in those vibrant, early days. Considering they had only been around for three years they sound most experienced already, effortlessly delivering the material.

There are no particular highlights, all the tracks are good - clear, sharp, bassy and of course featuring vocalist Ali Campbell's unique voice. For me, it is a trip down memory lane having seen them live in both 1980 and on this tour at the Brixton Academy in South London. The underrated Love Is All Is Alright is a memory of that latter gig and the dubby toasting of Folitician too. Good solid stuff from a group who were far more ground-breaking and credible than they were ever given credit for, particularly in this period. Just listening to tracks like Tyler and Burden Of Shame is so evocative of that 1980-82 period. 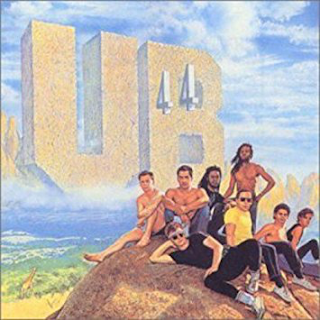 I remember getting this, back in 1982, and having the feeling that, after two wonderful albums, UB40 were treading water a bit with this one, their third album. It was their last one clearly in the style of the first two, although it was more laid-back than the other two. It is a good album and just sort of washes over you, but there are no real classic standout tracks as there are on the previous two. That said, take your time and you will get into it, it just isn’t as instant. It is an intense, uncompromising album that demands more than a few listens. In many ways, it gets better each time. I dismissed it a bit too easily back then.

Highlights are the lovely, sax-laden Love Is All Is Alright, the laid-back, reflective single I Won't Close My Eyes and the dubby Folitician. The Piper Calls The Tune is another that fits the description “laid back”. Some excellent soothing horns and that gently, easy slow skanking. So Here I Am and Forget The Cost fall into the same bracket as indeed does the whole album.

Don't Do The Crime is the most “Ali Campbell” of the tracks, with the singer’s unique voice at its most, well, unique. Conveying that sadness in his intonation. Nice keyboard bit in the middle too. 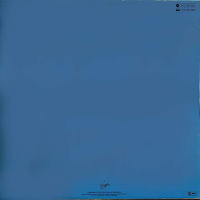 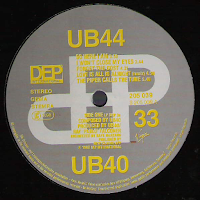 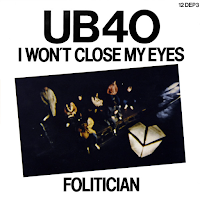 The Key features Astro’s “toasting” as he name checks several contemporary Jamaican artists as “reggae music holds the key to my heart”. Yellowman, Eek-A-Mouse and Dennis Brown among those mentioned. This is the most “rootsy” of the tracks, along with the dubby Folitician.

Listening back then, and seeing them live in 1982, I felt they had lost a little something from those heady early gigs in 1980. I feel I am re-discovering this album now. It is a pleasure to listen to it on a good system too. It has not been remastered but to be honest it doesn’t matter. Listen to the percussion interplay a couple of minutes into the album’s excellent closer, The Prisoner, it sounds wonderful. 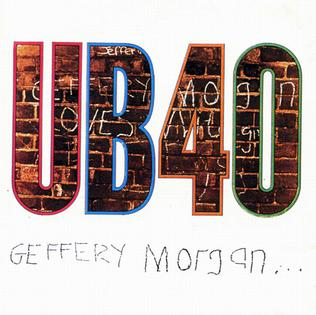 UB40s first three albums of self-penned material (as opposed to Labour Of Love covers) were notable for their laid-back reggae rhythms merged with Brian Travers’ trademark saxophone. It was only these three albums that saw this more pure and authentic reggae sound. Yes, subsequent work was always underpinned by a reggae rhythm, but it was increasingly generated by synthesisers as opposed to skanking guitars and drum machines instead of traditional drums. Synthesiser swoops abound. The final track, Your Eyes Were Open perfectly exemplifies this. It is almost jazz funk reggae.

This was the first album to utilise the new sound. It is also far more horn-driven (trumpet, trombone and saxophone together), as opposed to just saxophone. The results are a far more “manufactured” type of sound. This is immediately apparent on the first two tracks Riddle Me and As Always You Were Wrong Again. The hit single If It Happens Again is made more notable by its killer hook of a chorus and D.U.B. featuring Astro’s “toasting” is more rootsy and sounds it, more authentic, as does the instrumental Nkomo A Go-Go, to a certain extent. The Pillow returns to the previously mentioned sound. Drum machine to the fore. The nice saxophone bits are much lower in the mix than they had been in 1980. 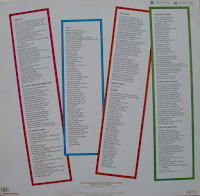 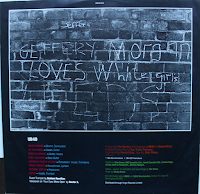 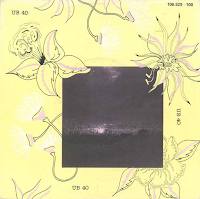 Seasons has a staccato, dubby feel to it, but is still dominated by synthesisers. I would have preferred a more stripped back, roots style, but I guess it was 1984, and everything was synthesised, even The Rolling Stones. You're Not An Army dabbles in reggae/rap and has a great rumbling bass line. The politicised lyrics are still there, so they haven’t strayed far there. The synth/reggae continues on the soulful tones of I'm Not Fooled So Easy. It is all quite listenable, but I am just imagining how good these songs might have sounded if they had been given the Signing Off treatment. UB40's sound would stay in this style for many years. Don’t get me wrong, its ok, and Ali Campbell’s voice remained unique, but I much preferred the sound of the first three albums.

Great front and rear cover too. Some grafitti from the time on a wall that said “Geffery (sic) Morgan loves white girls”. Good old Geffery.