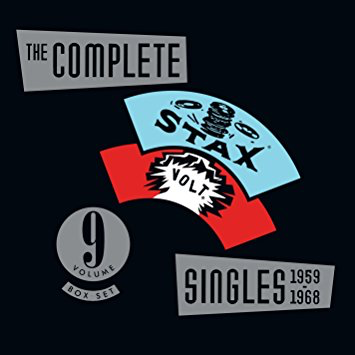 This excellent box set is, for some reason, extortionately priced in comparison to volumes two and three which can be obtained for around £30 each. The individual nine CDs can be collected relatively cheaply and the whole collection can be downloaded for £50. Also, one can "cherry pick" the best tracks to download.

With regard to the sound, these are the original 1991 CD box set remasters, some of them are a bit "crackly" (the earlier release date ones) but on the while, it is a good remastering, many of the tracks in my beloved stereo.

The attraction of this box set is to get hold of tracks not included on box sets such as "Atlantic R&B 1947 - 1974 8 Volumes Box Set" (which by the way has the best remastered sound of all). Tracks by artists who recorded on Atlantic, such as Eddie Floyd (pictured), Sam & Dave and Rufus Thomas but who also recorded on Stax and/or Volt are included here, many of them. 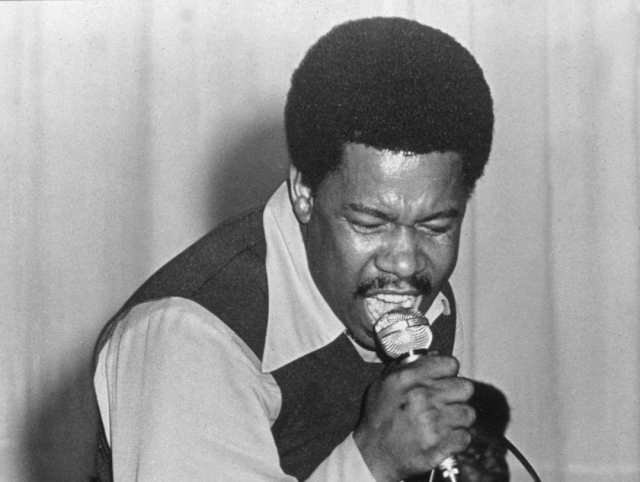 Then there is the great soul voice of Mable John, who can also be found on The Complete Motown Singles Volumes One and Three box sets; The blues of Albert King; The great instrumentals of Booker T & The MGs, The Bar-Kays and The Mar-Keys; The wonderful soul voice of the underrated Johnnie Taylor; the "Northern Soul" of Linda Lyndell (Bring Your Love Back To Me); Oh, and did I forget to mention Otis Redding....

For me, I feel I need to own all these sets to cover the best of these artists and of the Stax/Volt/Atlantic/Memphis sound. On many of the tracks, that trademark Steve Cropper guitar sound is as integral to the "Southern Soul" sound as The Funk Brothers were to Motown. So many diverse artists were influenced by this material - The Rolling Stones, Elvis Costello, Bruce Springsteen, Steven Van Zandt, Eric Clapton, David Bowie, The Animals, Chris Farlowe, Lynyrd Skynyrd, Vintage Trouble, Dr. Feelgood....too many to mention. This is seminal soul/blues music.As opposed to listing all the tracks, my own personal highlights of this remarkable collection of some of the best kick ass, horn-driven soul you will hear are:-

Those are a few to be getting on with, but they only scratch the surface of this wonderful collection. Yes, it will cost you a bit, but it is money well spent. 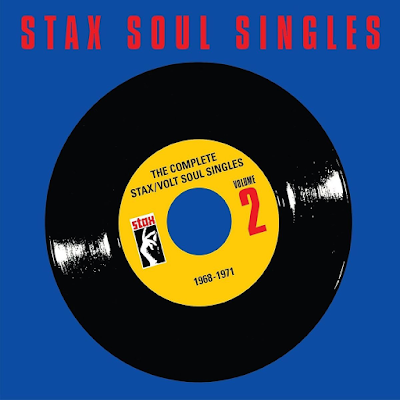 The first thing to say about this wonderful box set is that the remastered sound is SUPERB. The era of stereo was thankfully arriving for most of these recordings and they sound great. Full, bassy sound, just what these recordings need. Check out Booker T & The MGs' pounding Slum Baby as an example.

Secondly, in comparison to Volume One, which is extortionately priced for some reason, Volumes Two and Three are available for a good price, either as physical product or download. Individual tracks can also be downloaded in their own right too.

This box set only covers a three year period, but man, what a period. Stax must never be allowed to hide for too long in the shadow of Motown. Some magnificent soul (and blues) classics on here, as well as some that many will not have heard. So many of them featuring that rumbling bass sound and that heavenly blast of the trademark "Stax" horns and top notch vocal performances. My own personal horn-driven highlights are:-

I Have Learned To Live Without You - Mavis Staples
By The Time I Get To Phoenix - The Mad Lads
Girl, Come On Home - Major Lance
Mr. Big Stuff - Jean Knight
Blues Power - Albert King
Private Number - Judy Clay & William Bell
Sweetback's Theme - Melvin Van Peebles
Do The Funky Chicken - Rufus Thomas
Time Is Tight - Booker T & The MGs
Theme From Shaft - Isaac Hayes
I Stand Accused - Isaac Hayes
Respect Yourself - The Staple Singers
I Like Everything About You - Jimmy Hughes
Jody's Got Your Girl And Gone - Johnnie Taylor
Born Under A Bad Sign - William Bell
The Look Of Love - Isaac Hayes
Never Can Say Goodbye - Isaac Hayes
Who's Making Love - Johnnie Taylor
Soul Limbo - Booker T & The MGs
Your Sweet Lovin' - Margie Joseph
Stealing Love - The Emotions
Slum Baby - Booker T & The MGs
Bracing Myself For The Fall - Ollie & The Nightingales
The Challenge - The Staple Singers

That's just for starters. Maybe some the classic cuts from Stax were from 72-74, such as The Staple Singers' I'll Take You There and If You're Ready (Come Go With Me) and Mel & Tim's Starting All Over Again, but many of them are on here, certainly those from Isaac Hayes and also the blues material. There is a "pure soul" earthiness to many of the songs on here, without the polish of the mid 70s material. Listen to Stealing Love by The Emotions. There are also interesting recordings of Stax artists covering other soul artists' songs, like The Staple Singers' Sittin' On The Dock Of The Bay and The Mad Lads' By The Time I Get To Phoenix. There are also some soul cuts from Northern Soul favourite Darrell Banks. Actually, probably an amalgam of the years 68-73 sees one hell of a lot of good material captured.

I remember at ten years old, hearing Do The Funky Chicken by Rufus Thomas. While I found the song's subject matter hilarious, there was also something about the sound and the dirty soul vocal that Thomas delivered that hooked me. I have remained so ever since.

"...This is the kind of stuff
To make you feel like you
Want to do something nasty
Like waste some chicken gravy
On your white shirt 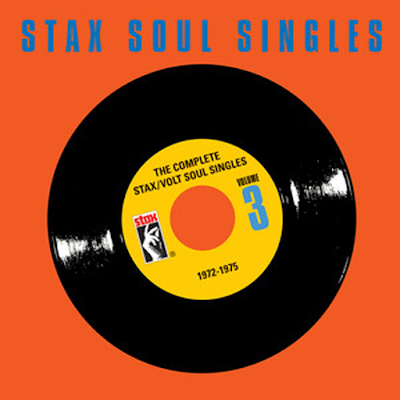 Just as with Volumes One and Two, the sound on these Stax remastered box sets is SUPERB - full, bassy and warm and (thankfully) mostly in stereo. We are fully in the era of stereo by now and the sound quality on most of the recordings is truly excellent. While Volume One is still prohibitively expensive, Volumes Two and Three are not so. Certainly they can be downloaded quite economically, or indeed, the tracks can be "cherry picked" individually. Good luck with that, though, there is so much that is good on here. There is so much good stuff that you find yourself discovering new nuggets every time you listen. A great way of doing this is by digitally shuffling the whole box. I just did this. This first one up - It Ain't Always What You Do (It's Who You Let See Do It) by The Soul Children. What a funked up soulful treat. I never knew it existed until I bought this box set, ditto the next one up - Rufus Thomas's Do The Double Bump. The goodies don't stop. Sure, the quality tails off a bit come 1975 but even then there are new listens to be enjoyed, even just the once or twice.

Although the other box sets contain some wonderful material, there is a case for saying that the years 72-74 (75 is also covered here) saw the release of some of the best material from this seminal Southern soul label. Having said that 68-71 isn't half bad either. Probably 68-73 contained all of the best stuff.

The material here is very much in the more laid back "soul" category, as opposed to the more poppy Motown and Atlantic-style songs that typified the the mid to late sixties. Funk is also making its presence felt and contemporary dance crazes like "the Bump". The blues is still there, however, Albert King and Little Milton in particular. Even a bit of Northern Soul in Annette Thomas's Nothing Is Everlasting. Those wonderful Stax horns still predominate, however.

Stand out artists in this period were the wonderful Staple Singers - two iconic ones here, If You're Ready (Come Go With Me) and I'll Take You There, Isaac Hayes, Eddie Floyd, The Emotions, Mel & Tim (Starting All Over Again), Rufus Thomas, Motown refugee Kim Weston and William Bell. Unfortunately, instrumental kings, Booker T. & The MGs are no more by now. Rather than go through the box, disc by disc, here are some personal highlights:- 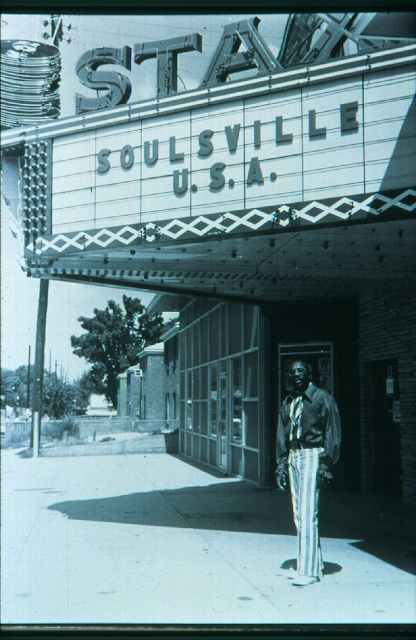