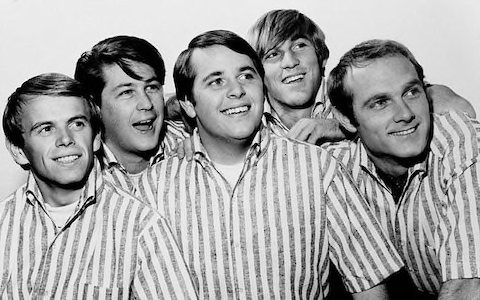 Forget all those drug-addled witterings about Vegetables and Wind Chimes, there is still a lot to be enjoyed about The Beach Boys' early "surf and cars" albums. Stick this on during a hot summer afternoon and tell me that your spirits weren't lifted. Yes, this is no work of "genius" but in a way, maybe it is. Sometimes, you can't beat a collection of two minute great pop songs. Just look at the early Beatles' albums and their popularity.

Furthermore, these "mono/stereo" remastered releases are excellent. I am a stereo man myself, although I recognise these songs were originally presented to the world in mono.

Surfing' USA is a stonewall delight, of course, but I have developed a weakness for the "surf instrumentals" Misirlou and Stoked, and Farmer's Daughter is much better than some often say it is. The rest of the tracks are not really worthy of any deep analysis, they just come at you, one after the other, like a series of big waves. Ride them. 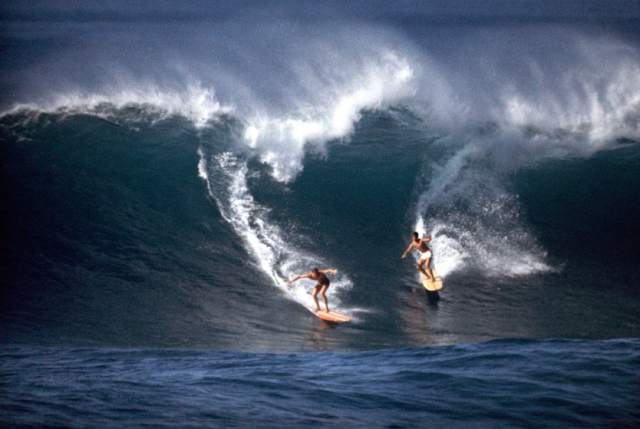 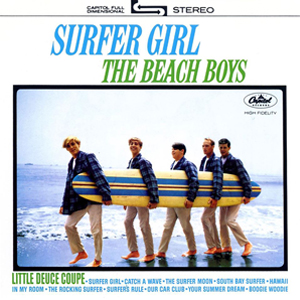 On all these mono/stereo remasters, I prefer the stereo versions, they give a new vibrancy to material that was admittedly originally intended for mono. I feel the stereo mixes highlight just how good musically these two/three minute surf and car songs were.

Brian Wilson’s songwriting was really coming on here. For such a young man to come up with songs as beautiful and concise as Surfer Girl and In My Room is quite astounding. They are works of pop perfection. Surfer Moon is nice too.

The upbeat stuff, Hawaii, Catch A Wave and Little Deuce Coupe, are just plain enjoyable. I would rather listen to this than Smiley Smile any day. Yes, really.

The sound quality is, as on all these releases, excellent. A revelation, in fact, considering this music was originally recorded in 1963. 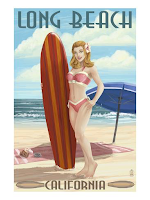 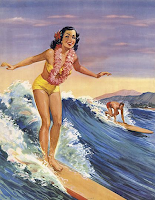 Another great mono/stereo remaster. Personally I love the stereo mixes. I know that originally the music was mono, but these new mixes just add some vibrancy to the songs we have known for all these years. I have tried with mono, again and again, but stereo wins for me every time. Just personal taste. I understand those who prefer mono, but I have a weakness for the fullness and the "activity" of stereo. Having said that, the mono recordings are full, balanced and punchy and very enjoyable.

So, to the girl who "walks, looks and drives like an ace now..."

Possibly the best of The Beach Boys' "surfing, girls and cars" albums. Up there with Today!. Shut Down Volume Two is an enjoyable romp kicked off by Dennis Wilson's girlfriend at the time taking her daddy's car and cruisin' to the hamburger stand (now). Personally I think Fun, Fun, Fun is a great little song - funny, and character driven in a way that say She Loves You and I Wanna Hold Your Hand just are not. I have always been able to visualise the girl in her California sun and she knocks spots off the girl from She Loves You who I always imagined waiting in the rain outside the Gaumont in her Mac. 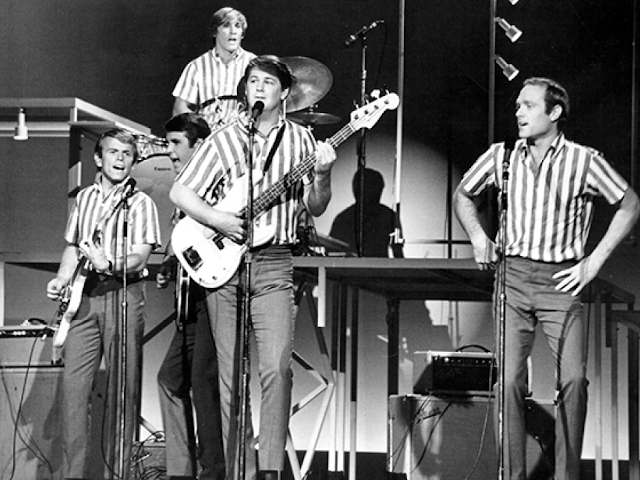 Up next is the album's undoubted jewel, the peerless Don't Worry Baby. How old was geeky Brian Wilson when he wrote and sang this? 19? 20? A truly stunning, beautiful song, and the phraseology - wow! That first line "well it's been building up inside of me for oh I don't know how long" gave me shivers down my spine when I first heard it on a hot summer afternoon in 1977 and it still does now. Also wonderful is the third verse - "she told me baby when you race today just take along my love with you..." Sheer poetry and wordsmithery from one so young and awkward.

In The Parkin' Lot is underrated but the less said about "Cassius" Love Vs "Sonny" Wilson the better! Why did The Beach Boys always have to put some dreadful studio "goofery" on their albums? The Warmth Of The Sun is truly beautiful and again, belies Wilson's tender years. This Car Of Mine and Pom Pom Play Girl are unadulterated FUN and Why Do Fools Fall In Love is a more than acceptable cover of the Frankie Lymon And The Teenagers doo-wop classic. 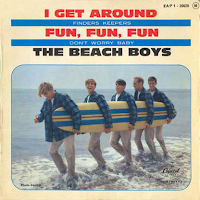 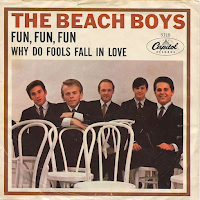 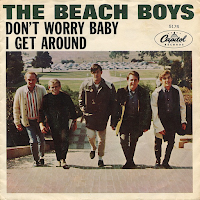 Keep An Eye On Summer is lovely and Shut Down Part Two a jaunty surf instrumental. Louie Louie is not quite as convincing a cover and Denny's Drums ends the album not quite as barnstormingly as it began, but that is splitting hairs.

Stick this on on a hot summer day, your spirits will be instantly lifted!

PS - check out both Ronnie Spector and Billy Joel's covers of Don't Worry Baby. The former's Be My Baby was the inspiration for the track and her version of it is wonderful. 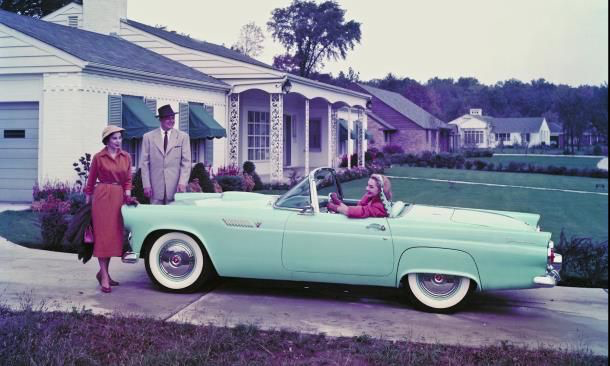 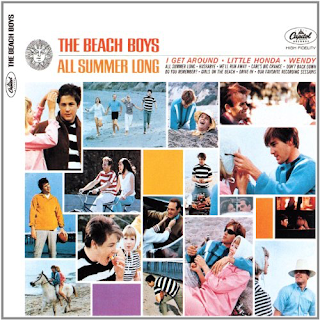 This is still very much a surfing, cars, girls, beaches and drive-ins album. There is just a great vitality and joie de vivre about it though that makes it irresistible.

As always, the hit single, I Get Around is the best track on the album by far.

Although the melody of All Summer Long is totally infectious. It could have been a huge hit single too to be fair. From the lyrics, it seems that miniature golf and Hondas were where it was at. Now for some true Beach Boys heaven. A wonderful vocal harmony intro ushers in Hushabye - just listen to the huge, crashing music intro and then more simply glorious vocals. Tracks like these two are certainly not "filler" (an accusation that has often been levelled at the non-single tracks on these early/mid sixties albums). Hushabye is one of the group's best ever tracks from this period. It is both sad and uplifting at the same time. 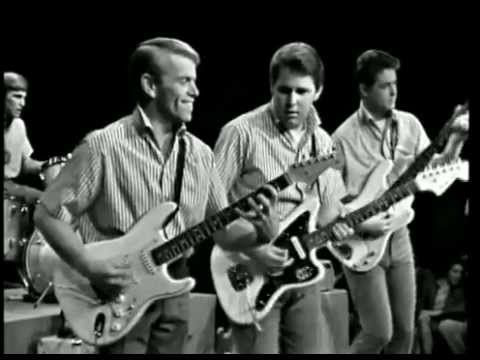 Little Honda is a fun, lively song about their favourite brand of Japanese motorbike, "just a groovy little motorbike" with a throbbing bass line and great vocals. We'll Run Away is a harmonious romantic song about eloping and getting married, a very contemporary theme, as teenagers rebelled against their often dictatorial parents. Carl's Big Chance is an impressive, upbeat instrumental (with hints of Can I Get A Witness). Some nice guitar parts in it too. It sounds great in stereo.

Wendy is another summery song with more great harmonies, a candidate for being on a "best of" compilation while not being a hit single, while Do You Remember is a breakneck tribute to the early rock'n' roll singers, with a piano intro straight out of At The Hop by Danny & Juniors. The already nostalgic (for a time they were living in) Girls On The Beach is vocally pleasing, but a little bit "barbershop". Drive-In is another of the group's regular celebrations of aspects of sixties Americana but, unfortunately Our Favourite Recording Sessions is another example of idiotic studio goofery left on the album as a supposed track. Unforgivable. No need for it whatsoever. Thankfully it segues via a great drum beat into the I Get Around-esque Don't Back Down. 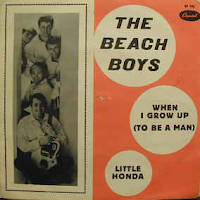 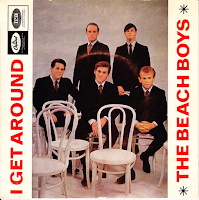 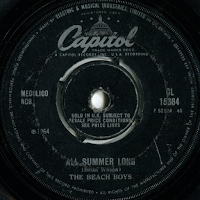 Overall, this is a pleasant album, without as much of the dreaded "filler" as popularly perceived. Yes, it is lightweight, but so was The Beatles' output at the time.

The stereo version is a revelation, showing just how advanced US studio techniques were at the time (compared to The Beatles' rudimentary stereo from a few years later, even). However, the mono version is also enjoyable, with a full, bassy, powerful and balanced sound. Both are worth owning, to be honest. 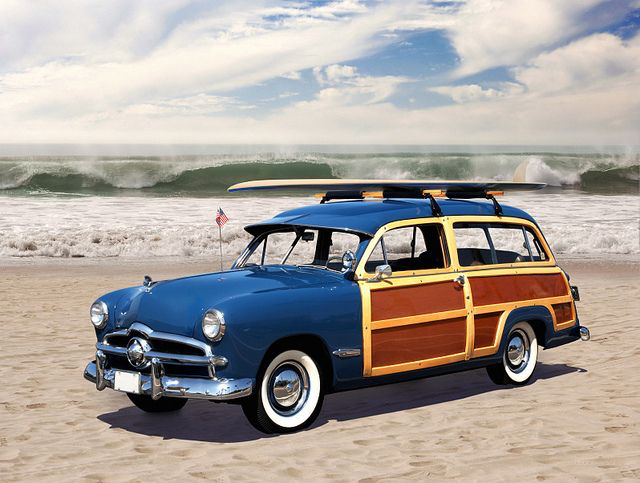 1. Do You Wanna Dance 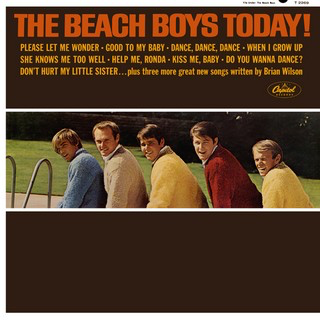 Just before The Beach Boys started blathering on about vegetables and wind chimes, they were releasing classic pop songs like the wonderful When I Grow Up (To Be A Man), Help Me, Rhonda with its great bass line and harmonies and Dance, Dance, Dance. Give me this material over those supposed works of “genius” any day of the week. Here is where the genius lay in many ways, in classic two-three minute perfect pop songs. The Wilson brothers were still so (comparatively) young, it is often overlooked.

The harmonies on Do You Wanna Dance and Good To My Baby are just so uplifting and supposed “filler” songs like Don't Hurt My Little Sister, I'm So Young and the beautiful, sensitive She Knows Me Too Well are more than just afterthoughts. Yes, they couldn’t just keep putting out material like this and I guess they had to experiment with other styles eventually, but taken for what it is, this was just so good. Just as I enjoy listening to Beatles For Sale I enjoy this.

These innocent albums had a real appeal, and still do. Just listen to Please Let Me Wonder, echoes of Don’t Worry Baby I know, but still such a pleasure to listen to.

Regarding the mono or stereo choice, give me the stereo versions most of the time. Not that the mono is without good points too. It certainly has a full, balanced sound I own both and listen to both. 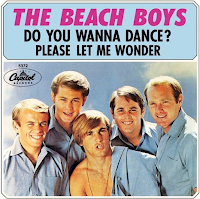 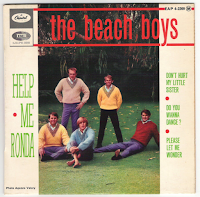 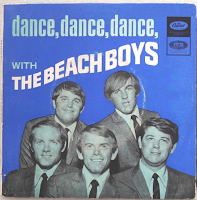 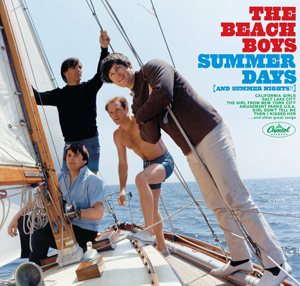 First off, I'm a stereo man. I realise the cultural and historical importance of the mono recordings but I just love that stereo sound on these pre-Pet Sounds Beach Boys classics. The mono is perfectly listenable though, powerfully balanced from the centre of your speakers, with crystal clear reproduction. Then I Kissed Her is a perfect example. There is a real bass power to the mono recordings that make them definitely worth owning.

The classics on here are the obvious ones - the beautiful Then I Kissed Her; the singalong Help Me, Rhonda; California Girls, which speaks for itself and the sometimes overlooked but beautiful You're So Good To Me. As for the rest, there not as much good stuff on there as on others. I'm Bugged At My Old Man is best consigned to history. There was always one dreadful song on each of the early/mid sixties albums, it seemed. 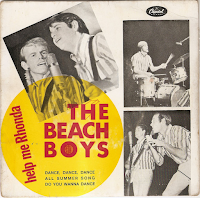 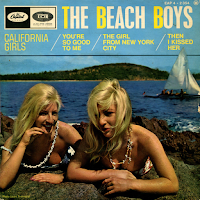 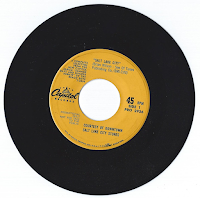 Salt Lake City is just plain fun, Amusement Parks USA has a sort of goofy, fairground in summer appeal and the lovely, harmonious, bassy Let Him Run Wild and Girl Don't Tell Me are surprisingly mature compositions. The Girl From New York City is an upbeat enough opener, with some great vocals, but on the whole this album is pleasant but certainly not essential. By now, yet another album about the joys of a Californian summer was always, of course, going to be pleasurable, but it was a bit like being on holiday and drinking large cokes with ice every day as a kid. After a while it loses its appeal, just a bit. The Beach Boys couldn’t carry on, year in, year out, as the “niche boys”, could they? The needed to diversify away from the beach at some point.  Nevertheless, I could listen to You’re So Good To Me endlessly. Summer Means New Love was a delightful instrumental too.

Incidentally, on the cover Brian Wilson looks decidedly uncomfortable on board ship (which apparently he was) and nerdy, while Mike Love looks, as he always did - old. 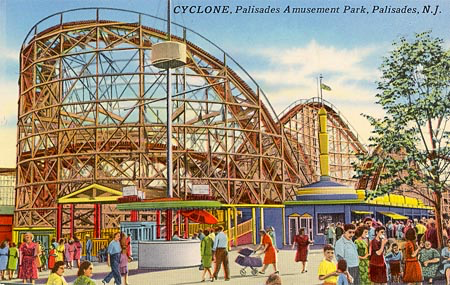