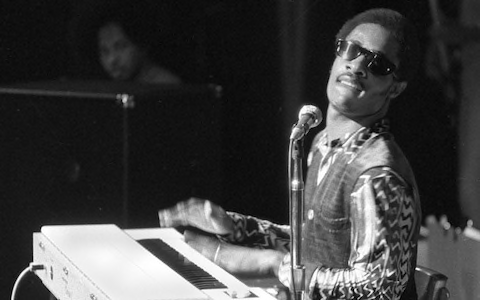 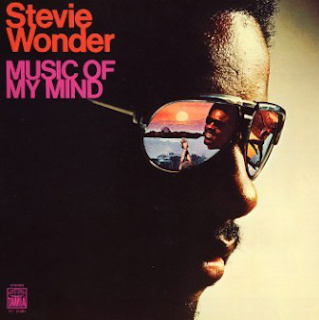 1. Love Having You Around
2. Superwoman
3. Where Were You When I Needed You
4. I Love Every Little Thing About You
5. Sweet Little Girl
6. Happier Than The Morning Sun
7. Girl Blue
8. Seems So Long
9. Keep On Running
10. Evil

After the previous year's Where I'm Coming From had seen Stevie Wonder starting to broaden his horizons and experiment with different sounds and types of songs, he went the whole hog here and released this entirely self-played album. Wonder took on all the instruments and this was the first of several albums on which he would do the same thing (with just the occasional bits of help). This is still not quite the finished article, though, and, despite its brave intentions, is not as good as the next four albums would be. I have always found it to be a somewhat patchy album, which maybe a tad unfair, considering the dexterity of its implementation.

Love Having You Around is a lengthy and pulsating, funky cooker of an opener, full of clavinet, bass and pounding drums. Superwoman is another extended track, with definite vibes of some of the material on Fulfillingness' First Finale. It has a real laid-back soulful feel to it. It is what would come to be regarded as typical Stevie Wonder. Half way through it changes pace into its Where Were You When I Needed You section. To be honest, the two halves are like two separate songs. 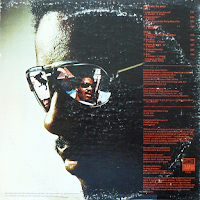 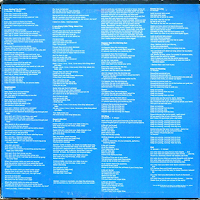 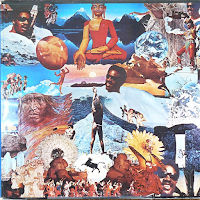 I Love Every Little Thing About You is a poppy, catchy number that you would imagine would have been a single, but wasn't. Stevie's percussion is intoxicating on this one. The track Sweet Little Girl  seems to have attracted a fair amount of criticism over the years but I have always found it quite   rousing in its funky beginning, but I have to admit when it goes into the spoken bits it loses something. It does have a reassuring thump to it though. My favourite has always been the melodic Happier Than The Morning Sun with its infectious clavinet backing and gentle vocal.

Girl Blue is a shuffling, rhythmic number and Seems So Long is a delicious slice of Wonder sweet, syrupy soul sung over some equally appealing percussion. Keep On Running brings back the funk, big time, with probably the album's funkiest cut, with backing vocalist helping Stevie out. Evil is a slow tempo, low key closer to this adventurous, and, to a certain extent, ground-breaking album. Despite is grand intentions, however, there was much better to come from Stevie Wonder in the next five years. 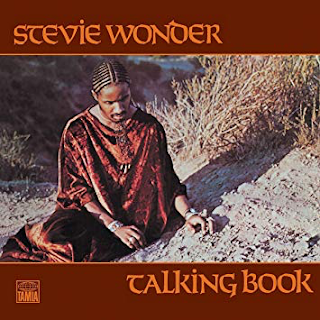 After the somewhat rambling, inconsistent Music Of My Mind, this was the first of a classic series of seventies albums that saw Stevie Wonder really getting his whatever together. For me, it is not as great an album as Innervisions, though, neither did it have so much socially aware material on it. It is a good album, however, mainly concerning love, romantic bliss and occasional heartbreak.

As he did on nearly all of his seventies albums, Wonder played lots of the instruments himself, save the brass (trumpet and saxophone). Keyboards, bass and drums were Stevie's territory. The album was notable for its use of the clavinet, an electronic keyboard that produced that trademark funky sound particularly utilised on the iconic Superstition.

There is a relaxed feel to many of the songs, led by the opener, the beautiful You Are the Sunshine Of My Life, the lovely, soulful You've Got it Bad, Girl, the laid-back smoothness of Lookin' For Another True Love and the closer, I Believe (When I Fall In Love It Will Be Forever). 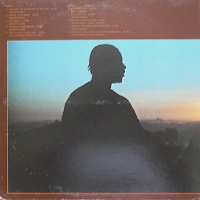 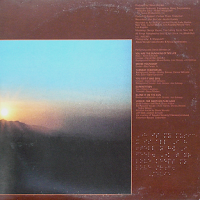 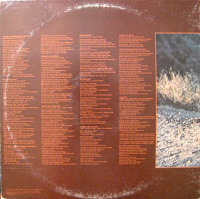 You And I is a delightful slow number too. There is funk, led by the clavinet on Big Brother, the shuffling, Sly Stone-ish Maybe Your Baby and, of course, Superstition where that instantly identifiable drum intro leads into the copper-bottomed funk of the melody. One of Wonder's finest songs of all time. Tuesday Heartbreak combines both the funky clavinet sound and wah-wah guitar with the smooth soul that is all over the album. Blame It On The Sun is a lovely, soulful song with some great percussion from Stevie and some sumptuous backing vocals.

Wonder's voice is finding that soulful, slightly nasal voice that characterised his seventies material, it was a different tone to that of his sixties hits - gruffer, deeper and funkier. This, and the three albums that followed it proved to be the high points of his career. All perfectly realised pieces of work. This was the first of those four classics. 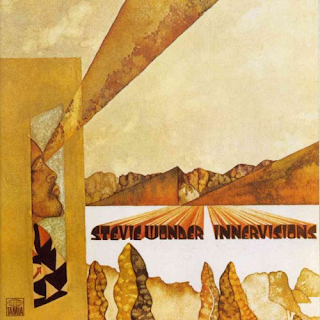 This is probably the highlight of Stevie Wonder's remarkable career. As on many of his seventies albums, the multi-instrumentalist played many of the instruments on the tracks. Various percussionists and the experienced bassists Willie Weeks were used, but it is largely Wonder's work, and a remarkable achievement it is too. Almost a totally solo album. In common with many of the Motown/other black artists of the time, black consciousness and various social issues are dealt with - drugs, racism, inequality, and a corrupt presidency as well as some sensitive love songs.

Too High is a funky, bassy "message" track concerning drug abuse, while Visions is a wistful, laid-back and beautiful rumination upon the future, featuring Utopian visions in the lyrics of a better future, somewhere, if we could only make real what we imagine in our mind. Some lovely guitar at the end of it. 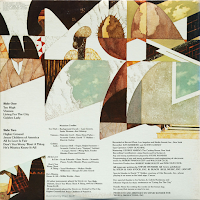 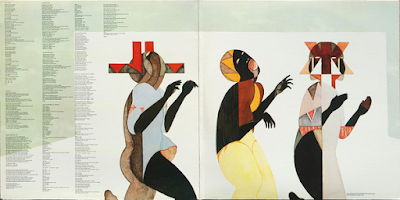 Three tracks in, we get the mighty Living For The City with its funky, insistent, rumbling opening organ riff against a throbbing bass and assisted by some swirling synth riffs and, of course, Wonder's gritty vocal telling of an innocent black man's unjust descent into urban crime and eventual incarceration. The spoken "prison guard" scene in the middle was a shocking portrayal of institutionalised racism. It is a depressing tale, with no hope at the end of it whatsoever. A vitriolic condemnation of contemporary times and, indeed of much of today's society. It hits you right between the years. As a musical spectacle it is superb. Wonder's vocal at the end is growling and desperate, a narrator who has reached rock bottom.

Just as Living For The City fades out in a chorus of "no, no - no, no" the soft, soulful Stevie is back in the house, lifting our spirits again with the lovely tones of Golden Lady, with its razor sharp percussion, melodic synths and dreamy typical laid-back Wonder vocal.

Higher Ground is a magnificent slice of genuine funk - all clavinet licks, great drum sound and a catchy down and dirty vocal and a big hit too. What an intro it has too. Jesus Children Of America sounds like a typical evangelistic song but it betrays a cynicism directed at the "holy roller" preacher who is simply concerned with his own showy performance as opposed to any genuine holiness. It has a mesmeric, funky backing too. Wah-wah guitar and funky backing vocals. All In Love Is Fair is a gentle, charming love song, of the kind Stevie does so well, almost in his sleep. Relaxing and peaceful. Don't You Worry 'Bout A Thing starts with a bit of cod Spanish and is a funked up, Latin, hustle-ish number that raises the energy levels of the album again just in time for the barnstorming closer, the marvellous He's Misstra Know It All, apparently directed against then President, Richard Nixon. Melodic, with a totally addictive piano hook and a gruff, soulful vocal culminating in the "look out he's comin' " shriek. Great stuff. The sentiments could be equally, if not more so, applied to the present incumbent of the said office. It is probably my favourite Stevie Wonder track of all.

Definitely his finest album, even against the double album claims of Songs In The Key Of Life. 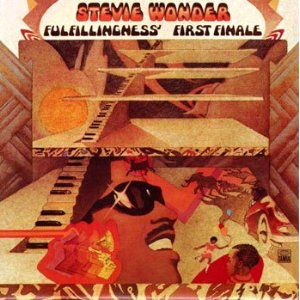 Another of Stevie Wonder's excellent seventies albums, this was slightly more laid-back and a little darker in places than the smooth, romantic feel of parts of Talking Book and some of the social comment of Innervisions. It is certain not a morose album, though, not in any way, just a relaxing one. Coming between the two titans of Innervisions and Songs In The Key Of Life the album has often been overlooked, which is a shame, as it has hidden depths. An appealing facet of this album is the way the tracks gently flow into each other at times.

Smile Please is a lovely, melodic soul opener and Heaven Is Ten Zillion Light Years Away is one of those clavinet-dominated, semi-funky tracks Wonder was doing so well at the time. As on all these seventies albums, he played keyboards, bass, drums and the clavinet electronic keyboard. As on Talking Book, he had developed a funky, throatier voice than the one from his sixties hits, one which perfectly suited the songs. Too Shy To Say is a lovely, bassy, deep and slow ballad. Motown bass legend James Jamerson does the business on this one. 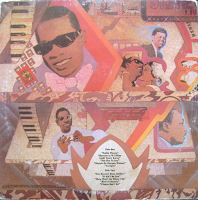 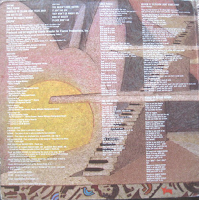 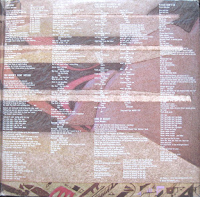 A highlight for me has always been the delicious clavinet-driven, upbeat funk of the hit single Boogie On Reggae Woman, one of Wonder's finest songs. Pure funky brilliance. That trademark harmonica makes an appearance too. Creepin' is a truly lovely piece of slow and easy soul with some infectious, tuneful backing vocals. After such a peaceful song, he showed he still had an appetite for a bit of social comment on the biting, funky You Haven't Done Nothin', a lambasting of Richard Nixon's US presidency at the time. The Jackson 5 feature on backing vocals, name-checked by Wonder before they sing.

The comparatively indistinct It Ain't No Use leads into the bleak piano and vocal of They Won't Go When I Go. The rhythmic, samba-influenced Bird Of Beauty comes complete with some Portuguese lyrics. Please Don't Go is a jazzy, soulful closer to this comparatively underrated album.  Every time I listen to it, it always brings enjoyment.

1. Love's In Need Of Love Today 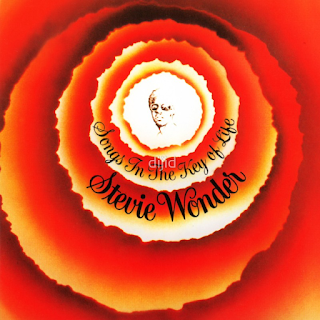 Beloved of all the girls I was at sixth-form college with, 1976’s double album from Stevie Wonder, was, despite accusations of bloatedness (that, to be honest, haunt every double album) his crowning achievement.Firstly, I have to say that the sound on this remaster is SUPERB - clear, sharp and bassy at the same time. Beautiful. Just what this great album deserves. 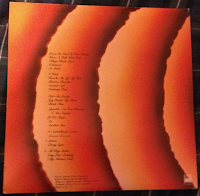 Packed with classics, of course - the funky I Wish; the sheer fun of Sir Duke; the later to be sampled Pastime Paradise and the monumental As, with its wonderful funky second half. There are also other wonderful tracks too - the funky instrumental Contusion; the Talking Book Stevie of Love's In Need Of Love Today the smooth soul of If It's Magic and Summer Soft. 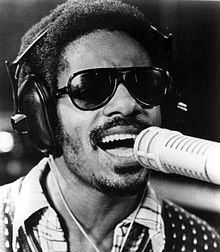 The funky second half of Ordinary Pain. Then Joy Inside My Tears and Black Man. They are all excellent. All of them. Even the harmonica solo that ends the otherwise schmaltzy Isn't She Lovely.

The extra tracks included on the old bonus 45 single are good too, particularly the dreamy Saturn and the funk of All Day Sucker.

The “single album would have been better” argument always prevails with double albums. Always has. Personally I am happy to listen to the whole lot.

Although my favourite Stevie Wonder album is Innervisions, you simply can’t deny what an achievement this was. It never got any better than this.