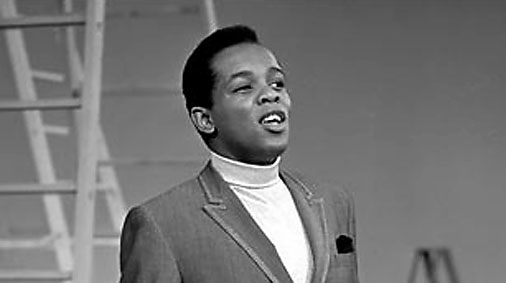 Lou Rawls was from Chicago and had a background, as many soul singers did, in the gospel tradition of his church. He also served in the US Army as a paratrooper and later suffered a car crash in which he was pronounced dead but recovered, amazingly....
The Very Best Of Lou Rawls 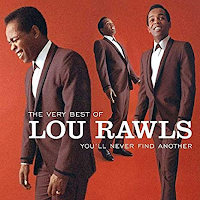 ....he had a strong, soulful, expressive voice and is a most underrated when the great male soul vocalists are talked about. This is a fine collection of impressive soul that surprises by its sheer quality, both in the music and also in the sound quality. I really enjoyed it , not being initially familiar with all the material on here. I have to say I was mightily impressed. Sometimes you find yourself listening to an album and thinking "bloody hell, this is great". This is most definitely one of those. I looked on my purchase history. I had bought it three years ago and took me this long to play it. That's the way it sometimes is when you're buying music all the time, but it is nice when you get a pleasant surprise like this, out of the blue. That's the beauty of it.
Dead End Street is an evocative number about Rawls' upbringing in Chicago, the "Windy City". It is   semi-spoken at the beginning as the brass and drums build up the atmosphere before Lou's full-on soul vocal kicks in over a kicking backbeat and jazzy piano. Great stuff.
Rawls' signature tune, Love Is A Hurtin' Thing was referenced in Arthur Conley's Sweet Soul Music  - "....spotlight on Lou Rawls, y'all, singing' "Love Is A Hurtin' Thing" y'alll". It is a dramatic, soulful brassy number with a fine, dominating vocal from Rawls. Trouble Down Here Below is a lovely number that sees Rawls using his vocal skills honed in the gospel church choirs of his youth. It has a great rhythm to it and some kick-ass drums too. The vocal is effortless, riding and soaring above the infectious beat. A Natural Man starts with a beautiful, deep bass line and Lou gives us a preacher's spoken intro before launching into another wonderful vocal over a fine drum, bass and piano beat, enhanced by some nice female backing vocals. Your Good Thing (Is About To End) is a dignified slow, Stax-style brassy ballad. Street Corner Hustler Blues/World Of Trouble is a live cut, the first half being a spoken autobiographical story that seems to amuse Rawls' audience but probably goes on a bit too long, for my liking anyway - just get on with the song, man! The second half is much better when the song breaks out. I Can't Make It Alone is a magnificent piece of uplifting soul that will be recognised by Dusty Springfield fans, as she covered it on Dusty In Memphis. You Can Bring Me All Your Heartaches is a mid-pace number driven on by some impressive brass breaks and, despite its slightly less pacy beat than a Northern Soul number usually has, has a real Northern feel about it.

You've Made Me So Very Happy dates from 1970 and is a cover of the Brenda Holloway-Blood, Sweat & Tears song. Rawls does it a suitably brassy, soulful justice, no need to worry about that. On Broadway is a lively, jazzy cover of The Drifters' number. Righteous Woman/I Wanna Little Girl is another double song that begins with a spoken "rap" over a sumptuous stand up bass and ends in some fine bluesy soul vocals over the same bass, together with some excellent brass. Rawls wants his girl to cook some "good soul food" and "she don't have to wear no wigs..". Sounds good to me. The catchy rhythm of Breaking My Back (Instead Of Using My Mind) is seriously toe-tapping. Check out that bass-drum-brass interplay near the end. The Shadow Of Your Smile is another live recording  and is a late-night smoky jazz-club ballad. It is from a film called The Sandpiper, Rawls tells us. I was not familiar with it. It is a 1965 Richard Burton/Elizabeth Taylor film.
Bring It On Home is a slowed-down and funky over of the Sam Cooke classic. Rawls gives it a Stax-y Memphis-style groove. It cooks to boiling point, giving the song a completely different veneer. Show Business once more kicks ass, big time with some killer bluesy piano and punchy brass backing a great vocal. Down Here On The Ground is a dramatic, cinematic sort of song with a late sixties feel to it. It is a little bit orchestral and overblown for my liking - to many strings and not enough bass and brass. Lady Love is a number that dates from 1977, and you can tell. Its production is more polished and slick, with some lovely percussion. It is an attractive, Philly/Harold Melvin-Sounding slice of seventies soul. Quality stuff. This vibe is continued on the equally Melvin-esque, conga-driven groove of See You When I Git There. Beautiful seventies soul, yes sir. Incidentally, although the title says "git", Rawls actually sings "get". Groovy People is also in the same vein, but faster and more urgent. Rawls likes to hang out with "groovy people who ain't on no ego trip". Fair enough. Let Me Be Good To You is a superb, atmospheric piece of classy disco soul from 1979, written by Kenny Gamble and Leon Huff, with a simply delicious throbbing bass line and some intoxicating, rhythmic percussion. Rawls' vocal has a feel of Luther Vandross about it. It also has a Barry White spoken bit near the end when Lou offers to rub his lover's feet after her long day. Mmmm, that's right baby....you just relax now.... This admirable collection ends with another Harold Melvin-influenced number In Rawl's second most famous number in the vibrant You'll Never Find Another Love Like Mine. It is number full of Philly-style soul. As I have said throughout this review I cannot praise this album highly enough.
Check out Harold Melvin & The Blue Notes' Philly soul here :- 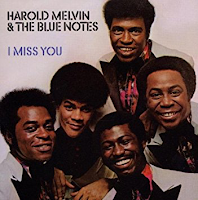