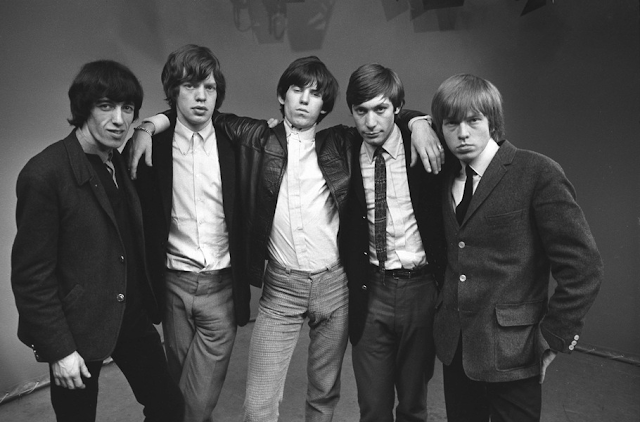 These are The Rolling Stones' early albums - those that had confusing UK/US versions and were liberally populated with bluesy cover versions. Like with The Beatles, there were several albums in this vein before the supposed "proper" albums came along. Let this not detract from the seismic influence these collections of music had on popular culture, however, which is indisputable. 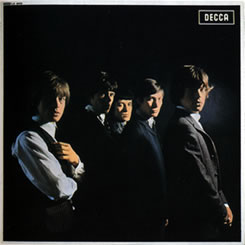 This is a hugely significant album. It is the debut album from The Rolling Stones. Before this there was no Rolling Stones. Just imagine that. Granted, it is almost all blues/r 'n' b cover versions, save the two "Nanker/Phelge" compositions, Now I've Got A Witness and Little By Little and the first Jagger/Richards composition, Tell Me (You're Coming Back), but it is played with a huge effervescence and energy that made people really sit up take notice.

The UK version of the album included Mona (I Need You Baby) instead of the hit single Not Fade Away and was simply titled The Rolling Stones, as opposed to England's Newest Hitmakers, as it was for the US version. The album was recorded in mono and, for me, by far the sonically-best version to listen to is that taken from The Rolling Stones In Mono box set. It is the UK version of the album on this set, and it quite simply will blow you away with its pure mono power. The sound comes blasting right from the centre of my speakers with a huge big, bassy thump right from the frantic opener, Chuck Berry's Route 66.  The throbbing bass is a thing of aural beauty. I Just Want To Make Love To You, Honest I Do and Mona all continue the quality with a full-on attack that is pretty much irresistible. I have been listening to stuff from The Yardbirds, The Animals and Them (all bluesy contemporaries of The Stones) a lot recently, and, in doing so, I have sort of neglected The Stones' recordings that kicked the whole thing off. Listening to this now, I realise just why it spawned so many similar groups hammering out the same stuff. It is wonderful, youthfully vibrant fare but with a real respect to music from what was, until then an almost-forgotten bygone genre. 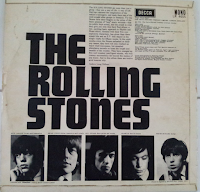 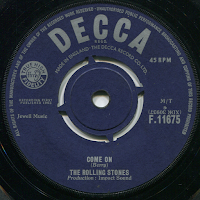 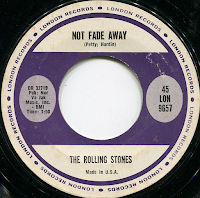 Now I've Got A Witness is a monaural jewel. The sound on it is simply superb. I'm King Bee has Mick Jagger adopting that affected supposedly-American accent most obviously for the first time. Once again, the sound on this just takes your breath away with its clarity. Keith Richards nails the riff on Chuck Berry's Carol, which is another copper-bottomed corker.

Tell Me (You're Coming Back) is, as mentioned earlier, Jagger and Richards' first song and you can tell. It has that typical mid-sixties Stones sound that the other songs don't have. That mid-paced, electric and acoustic guitar backed sound. It has an excellent guitar solo near the end too. It is a bit of an underrated early Stones number.

Obviously this album's wide-reaching effect was far greater than the sum of its parts, but it is still a most uplifting, invigorating listen, all these years later. 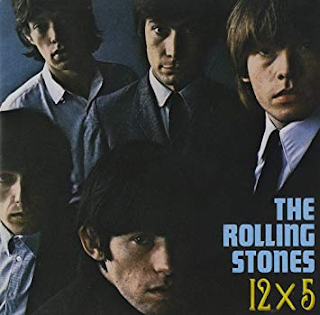 This album was actually only released in the USA, but it has long been available everywhere. It featured more Jagger/Richards compositions than the debut album from five months earlier. There were still several impressive, excitingly-played cover versions, though, notably Chuck Berry's rocking Around And Around, The Drifters' Under The Boardwalk and Bobby Womack's It's All Over Now. Grown Up Wrong is an excellent early Stones composition.

It is, once again, a vibrant, energetic album that cemented The Stones' reputation in the USA, as well as in the UK as the tracks eventually got released on the next two albums "No.2" and "Now". 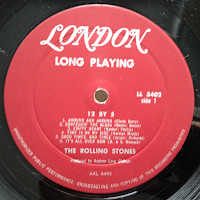 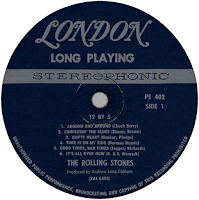 With regard to the best way to listen to it, as with the debut album, the mono version of the album taken from the excellent Rolling Stones In Mono box set is simply wonderful, with a huge, bassy sound shaking your floor. Just check out Around And Around. Sublime. Having said that, the ABKCO remaster of the album has six songs in stereo - Around And Around, Confessin' The Blues, Empty Heart, Michigan Avenue,  If You Need Me and It's All Over Now and these sound absolutely magnificent too.

All these early Stones albums, whether in the UK or US format are excellent and worth checking out. There is a youthful, irrepressible energy to them all. 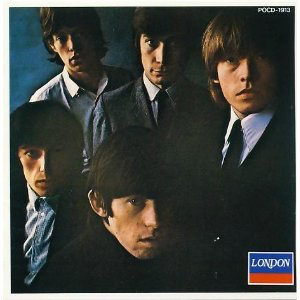 They are strange things, these early Rolling Stones albums, in that there are UK and US versions (similar to The Beatles) and tracks from one album crop up on another or don't appear at all on an album and so on.

This is basically the group's second UK album and includes some tracks that appeared on the US-only "12 x 5" and some that would appear on the forthcoming US-only release, "The Rolling Stones, Now!". Like the group's debut album it contained a fair few r 'n' b cover versions, notably Chuck Berry's You Can't Catch Me, Solomon Burke's Everybody Needs Somebody To Love and Muddy Waters' I Can't Be Satisfied. The Stones covered this sort of material so well. Mick Jagger gives Somebody To Love an almost ad hoc, almost "live" feel. Jagger/Richards compositions were now also beginning to make themselves known - What A Shame, Grown Up Wrong and Off The Hook are on this one. It is the next step in their development. Of course, individual non-album singles were also being released at the same time. 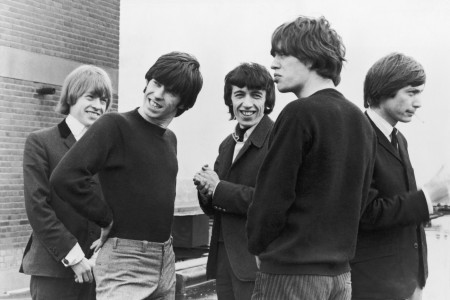 When the early albums were remastered in 2002 by ABKCO, they overlooked this one (as they did the UK version of The Rolling Stones, the group's first album), so it is pretty difficult to get hold of individually. It is available in its original form as part of the excellent Rolling Stones In Mono box set. The sound on all these early albums in mono is mind-blowingly good - full, powerful, bassy and crystal clear. Perfect mono. Stereo versions of What A Shame and the infectious Down The Road Apiece appear on the ABKCO version of The Rolling Stones, Now!. These are impressive but listening to the album in booming, bassy mono is a highly recommended experience. 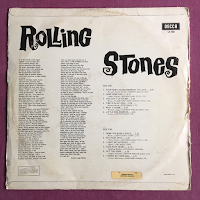 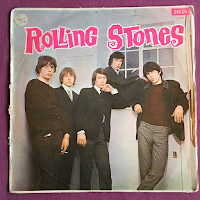 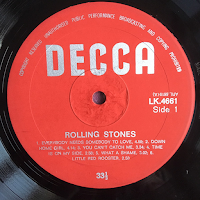 1. Everybody Needs Somebody To Love 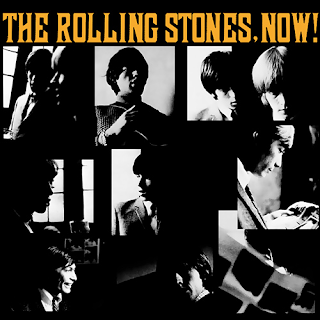 This is another of those US-only early Rolling Stones releases, coming just after the UK release of "Rolling Stones No. 2". It was released on CD by ABKCO in 2002 with three of the tracks in stereo - Heart Of Stone, What A Shame  and Down The Road Apiece. They all sound incredibly good it has to be said. Sixties stereo at its very best. The others were in mono, but also of seriously good quality, particularly the crystal clear blues of Little Red Rooster, the cod-Southern States drawling Down Home Girl and Chuck Berry's rocking soul/blues of You Can't Catch Me. Indeed, Rooster in mono is a thing of beauty.

The album is also included, in wonderful pure mono, on the incredibly impressive Rolling Stones In Mono box set. Listening to it in perfect, bassy, powerful mono via this box set is, for me, the best way of listening to the album, although as I said earlier the three stereo tracks from the ABKCO remaster sound incredibly good too. 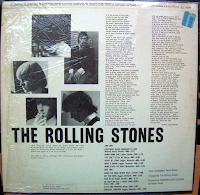 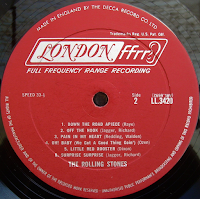 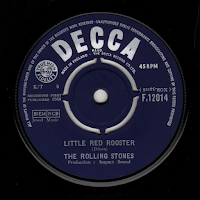 This was a fine album, actually, a nice mix of solid blues covers and Jagger/Richards originals. The sound quality is the best of the four UK and US albums released thus far. It is my favourite collection of songs on these early Stones albums. You simply can't beat Little Red Rooster, Down The Road Apiece, Off The Hook, the blues of Pain In My Heart and You Can't Catch Me are all personal high points. The bluesy early Stones at their very best. I will never tire of giving this album a listen. 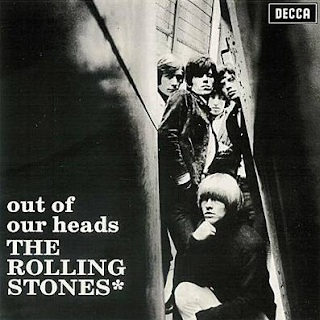 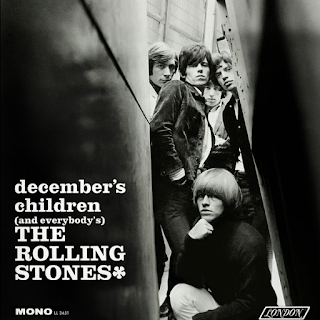 Out Of Our Heads released September 1965

These were the albums, and the year, 1965, which saw The Rolling Stones really start to stand on their on two feet as a credible rock band singing their own credible rock songs. Yes, each album contained contemporary soul covers as well (as opposed to the r 'n' b covers of their 1964 albums), but they also had some seriously good Jagger/Richards original compositions, such as Satisfaction and Get Off My Cloud. Even the covers now showed The Stones to be masters of their art, a band in total control. These albums would, however, be the last of their albums to include covers. Aftermath in 1966, would be completely made up of Jagger/Richards songs. The inclusion of a few live tracks dotted around in these albums was pretty superfluous and detracts from the quality. 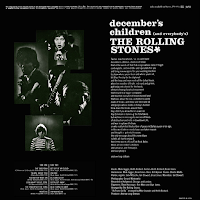 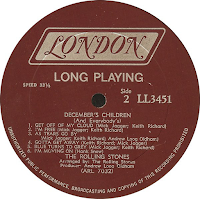 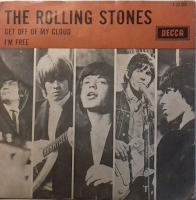 The albums were recorded in mono and are best listened to either via the ABKCO 2002 remasters or as part of the excellent Rolling Stones In Mono box set. The sound on the latter is truly superb - speaker-pounding and floor-shaking in its pure mono, vibrant, heavy bassy, centred sound. Just listen to that throbbing bass and clear, jangling guitar on Oh Baby (We Got A Good Thing Goin'). Some have a poor sound that no amount of remastering will cure, I am thinking particularly of She Said Yeah.

Overall, however, these are albums that are very much part of a time of change for The Stones. They were their Beatles For Sale.

Here are the track listings for each release:-