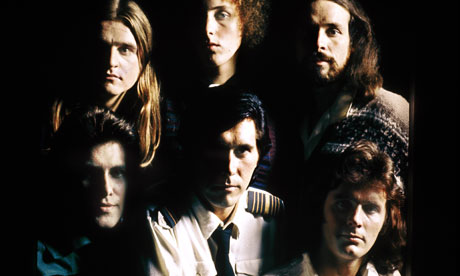 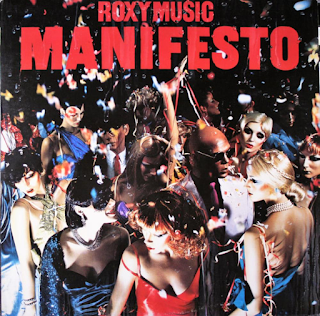 For many people, this is Roxy Music's worst album, many finding it introspective and possibly, at times, a bit more like a Bryan Ferry solo album. In some respects I agree, but there are also good points to be found on this album.

Released in 1979, when Roxy Music reconvened after a four-year hiatus, Roxy Music "Phase Two" were a radically different beast to the art-rock experimentalists of 1972 and 1973. The emphasis was far more on a polished, adult-oriented rock sound, as I alluded to earlier, much like a Bryan Ferry solo album. Certainly tracks like Ain't That So and Still Falls The Rain fit that particular bill. Manifesto, however, is impossible to categorise, a mysterious slow burner that is all the better for it. 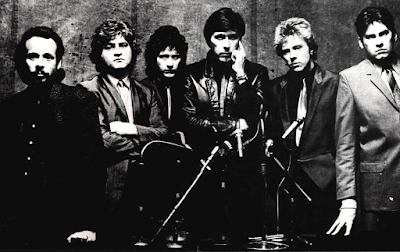 Stronger Through The Years is just a great track whoever it is. For many, the album falls down a bit because the two well-known tracks, Angel Eyes and Dance Away do not appear here in their single formats. Angel Eyes, in particular, suffers from a much denser, grungier mix. Trash is similar - a gritty two minute thrash and Cry, Cry, Cry treads a similar path.

My Little Girl is not one of their better tracks, however, and Spin Me Round is atmospheric enough, I guess, but doesn't really get anywhere.

Post-punk was starting to make its presence felt and there are definitely hints of it here in tracks like Trash (even more so in the non-album 'b' side version - see below). In many ways, this was an album suited to the zeitgeist. Punk's anger was fading and arty post punkers were having their moments in the sun. Many of those people were quite amenable to this album. I have to admit, so am I. It is always worth a listen, even now. 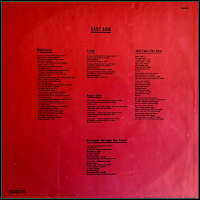 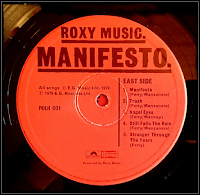 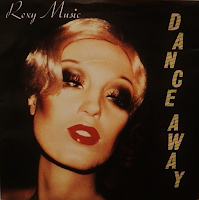 Trash 2. This version of Trash was the 'b' side to the original, punky version. This one is considerably different - full of melodious, deep bass lines, post-punk synthesisers and a cool, bassy dance floor sound to it. I prefer it to the 'a' side. 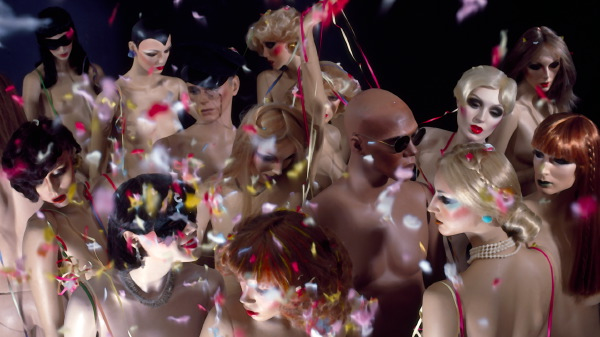 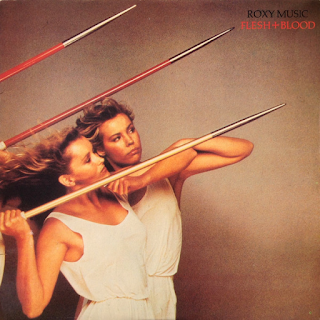 1980's Flesh And Blood is my least favourite Roxy Music album, despite there still being some good material on it. It seems very much a "treading water", "good in parts" piece of work. Immaculate sound, of course, but not an album I come back to very often.

To the good points - the singles Over You and the catchy, radio friendly Oh Yeah! or "there's a band playing on the radio" as most people know it. Both were excellent singles and deserved hits. The first is a lively, typically latter era Roxy pop song, while the second has a grandiose stateliness about it and an absolute killer of a chorus refrain. The drums, percussion and synthesisers, together with Ferry's classic vocal are pretty much perfection.

My Only Love and The Same Old Scene are almost classic Bryan Ferry solo numbers, same groove, same sound as was to be found on his mid-80s albums like Boys And Girls and Bete Noire. In so many was this is like a Bryan Ferry solo album. As I said, it is sonically perfect and washes over you like a warm bath, it doesn't ask anything of you as a listener, like, say, "For Your Pleasure" did, but it can give you a perfect background soundscape, should that be what you want. Indeed, the first seven tracks are a pretty rewarding listen. Oh Yeah! is superb, I have to re-state. Whenever I hear it, it takes me right back to the summer of 1980. 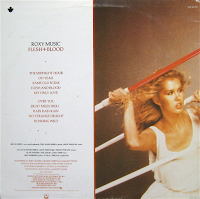 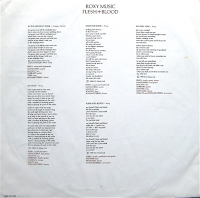 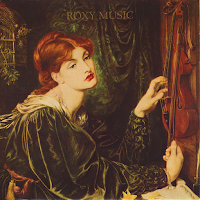 The covers of Wilson Pickett’s The Midnight Hour and The Byrds' Eight Miles High are both acceptable, but not a patch on the originals, of course.

The remaining tracks - Flesh And Blood; Rain, Rain, Rain; No Strange Delight and Running Wild are nothing exceptional. Indeed, the last three are, for me, three of the band's most underwhelming numbers. Even now, they still don't stick in my mind at all.

So, there you go. Solid but unspectacular - "Roxy Phase Two" by numbers.

There were two non-album 'b' sides from this album's sessions:-

South Downs was the 'b' side to Oh Yeah!. It is a David Bowie Low style instrumental full of reverberating, dense, ambient synthesisers. It could have come off side two of either Low or "Heroes". It probably will not have impressed the casual pop fans who bought Oh Yeah!. While the Low"/"Heroes" music had a part to play on their respective albums, this is actually a pretty pointless creation.

Lover was the 'b' side to The Same Old Scene and is notable as Roxy's first 'b' side to be a proper song with full vocals. It is a very smooth, laid-back Bryan Ferry solo groove of a song, that would have suited either the Avalon album, or Boys And Girls. 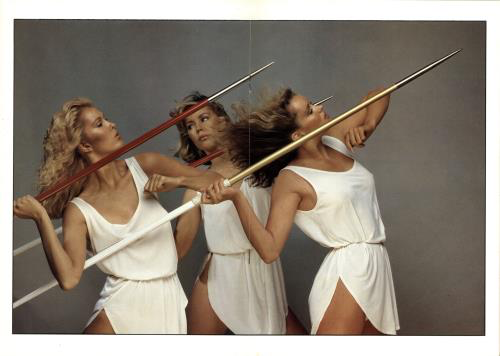 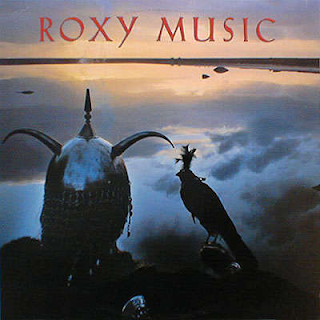 This, Roxy Music's valedictory 1982 album, is, to be honest, probably as much a Bryan Ferry solo album with Roxy members guesting on it. It is a masterpiece of easy listening, immaculately recorded, laid-back lounge bar rock. The sound quality is truly excellent, setting standards at the time. unlike many, I much prefer the deeper, bassier 1999 remaster to the tinnier, flatter 2012 - by far. Some of the bass lines are superbly defined on the 1999 remaster.

For many people, this is the only Roxy Music album they own. It is strange how the band's last album  of a ten year career proved to be the one that really crossed boundaries and was bought by a wide spectrum of people. It is a fine album, and is certainly their most sonically perfect, but if you are looking for the true essence of Roxy Music it won't be found here. That said, for "Roxy Music Phase Two" it certainly is their pinnacle. 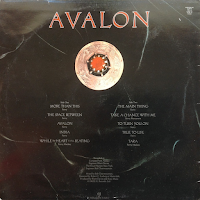 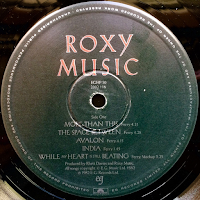 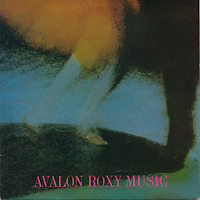 There are two great, well-known singles in the catchy pop of More Than This (similar to Over You from the previous album) and the simply sumptuous bossa nova vibe of Avalon with its siren-like backing vocal from Yannick Etienne and wonderfully melodic Andy Mackay saxophone.

There are a run of tracks which are so typically "Bryan Ferry" - the delectable swish of The Space Between, the completely intoxicating groove of To Turn You On, Take A Chance With Me, While My Hear Is Still Beating and the delicious, sensual The Main Thing - you know, that insistent, shuffling groove, expert backing and Ferry's easily delivered soothing vocal. Much of this material is extremely similar to that which would be found on Ferry's 1985 big-selling album Boys And Girls. 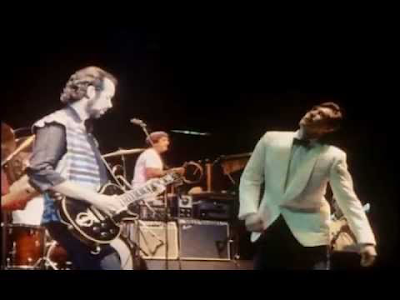 True To Life has a huge drum sound and an absolutely delicious rhythm to it. As with all the material on here, Ferry's vocals wash over you gently. Its mysterious backing vocals float in and out of the song, captivatingly. There's not actually a huge amount to be said about many of the songs, as with much of Ferry's solo work it functions as one actual whole.

This is nothing like For Your Pleasure or Roxy's ground-breaking debut album and they definitely lost quite a few fans along the way, but they also gained thousands more. My wife, for example, wouldn't know The Bogus Man from Bitters End, but she knows this album back to front. She considers herself a Roxy Music fan. She has seen them live. Maybe she is. I shouldn't be such a purist. This is definitely a good album, quality and polish oozes from its every pore.

Always Unknowing was the 'b' side to Avalon, and is a slow, brooding and atmospheric ballad with a deep Ferry vocal and some similarly deep Andy Mackay saxophone. It gets into its gentle groove and stays there. Had it been included on the album it would have fitted in perfectly. 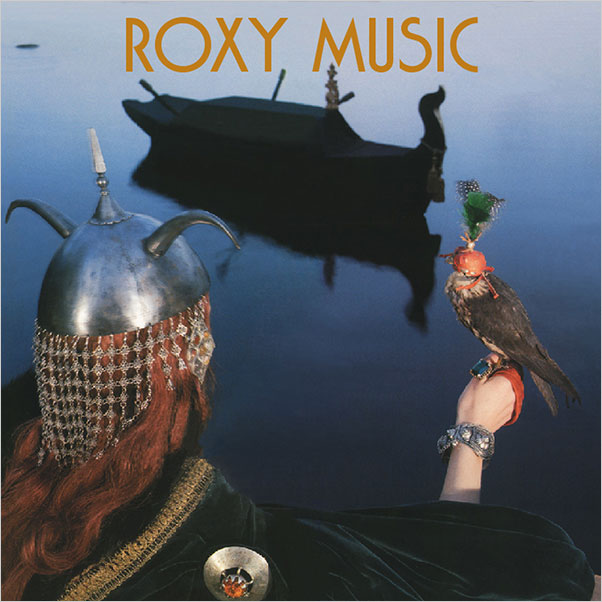 THE BEST OF ROXY MUSIC 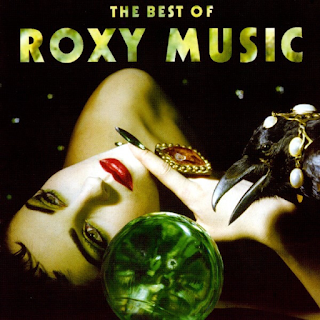 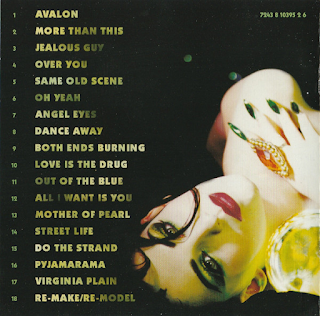 In 1972, Roxy Music came from, well, nowhere, seemingly. Who were Roxy Music? No-one really knew. They looked like Teddy Boys, 50s revivalist members of Sha Na Na, and dressed in bacofoil suits like Dr. Who extras. They were both retrospective and futuristic both visually and musically. Rock and roll saxophone mixed with tape loops and weird synthesiser noises. Powerhouse drumming behind Bryan Ferry's bizarre voice, the like of which had not been heard before. Take their non-album first single, Virginia Plain and its strange lyrics too - 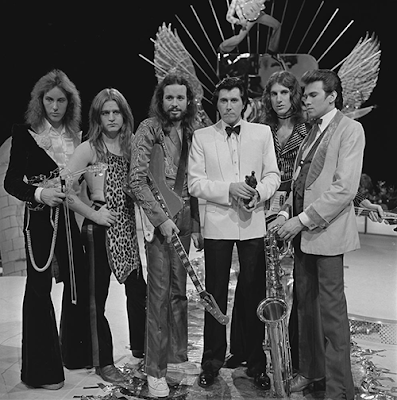 "Far beyond the pale horizon
Some place near the desert strand
Where my Studebaker takes me
That's where I'll make my stand, but wait
Can't you see that Holzer mane?
What's her name?
Virginia Plain...."

Exactly. What was that all about. I bought that single in 1972 and was hooked. I remain so. I have everything they ever did, including this bite-sized sample of their excellent singles releases. Firstly, it proves just what a truly outstanding singles band they were and, secondly, shows the somewhat perverse nature of the band, in that this compilation, slightly bizarrely, runs in reverse chronological order, beginning with the sumptuous Avalon, through their slick, lounge-bar "Roxy Music Phase Two" material, to their ground-breaking "art rock" singles of the 1972-1975 "Roxy Music Phase One" period.

Highlights are the afore-mentioned Avalon; the melodic Over You; the underrated Oh Yeah!; the atmospheric Love Is The Drug; possibly their rockiest single in All I Want Is You; the beguiling glammy pop of Street Life and, of course, Virginia Plain. There is also an excellent album track in the vibrant Re-Make Re-Model and the perplexing non-album follow-up to Virginia Plain in the quirky Pyjamarama. Out Of The Blue and Mother Of Pearl are superb album cuts too.

The tracks are taken from the 1999 HDCD remasters, and although some people do not seem to like these remasters, personally, I have always loved them, so no problem there.

Seminal stuff from a seminal band.