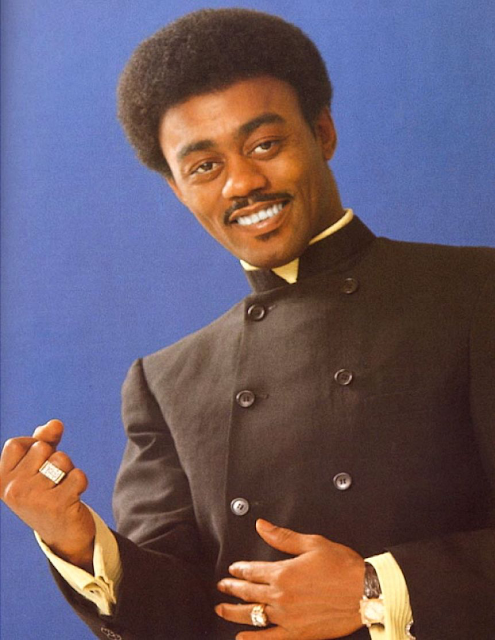 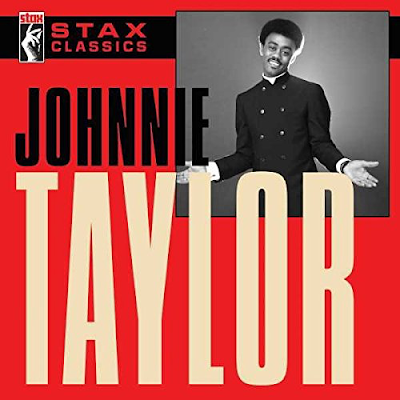 This is another in the excellent series of Stax Classics - short bite-size servings of quality sixties and seventies soul. While you only get twelve tracks, the fact that the sound quality is so impressive sort of makes up for that.

Southern soul man Johnnie Taylor produced many excellent tracks, many more of them, (along with the twelve on here), can be found on the Complete Stax Singles collections. The twelve that are included here are all excellent, featuring Taylor’s gritty but soulful James Brown meets Otis Redding vocals and typical Stax punchy horns and funky guitars. The musicians are the usual Stax ones - Steve Cropper, Donald “Duck” Dunn and The Memphis Horns.

Many of the songs follow a familiar theme - marital infidelity. None more so than on one of Taylor’s biggest hits, Who’s Making Love, with its “who’s making love you your old lady, while you’re out making love...” refrain.
A recurring character in some of the songs is that of “Jody” - a mythical figure in African-American folklore who specialises in seducing wives behind their unknowing husbands’ backs. He appears most obviously in the catchy soul of Jody’s Got Your Girl And Gone but the idea of him (and paranoia about him) re-appears in several others. Rather than let your girl go to Jody, or be unfaithful to her, though, another alternative is offered in the cynical Cheaper To Keep Her.
Take Care Of Your Homework beseeches guys to get their romantic house in order or else the rampant, priapic predator Jody will take advantage.
We’re Getting Careless With Our Love sees a couple in an affair getting worried about being caught over a sublime soulful backing.”We don’t wanna be like Mrs. Jones ...” sings Taylor, acknowledging Billy Paul’s hit.

These tracks are the male equivalent of the material put out by Shirley Brown, Betty Wright, Laura Lee and Millie Jackson, they are nearly all tales of love gone wrong and no good, untrustworthy women. Sung against an irresistible, earthy Stax backing full of hooks and melody the songs are all very infectious, despite some of the amusingly dodgy sentiments. 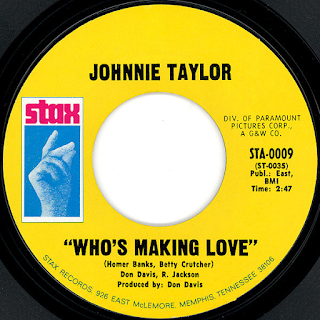 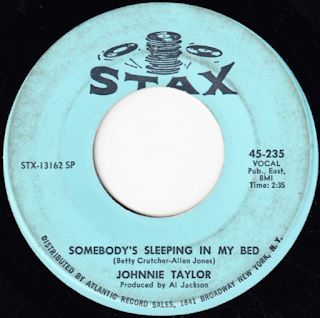 There are also some genuinely sensitive love songs too, like the evocative soul of I Believe In You (You Believe In Me). It is an immaculately delivered number, both vocally and instrumentally.
Steal Away is a smoky, bluesy number with a lot of atmosphere to it. It is also a lyrically sincere song and I have to say it is seriously quality soul. Once again, the backing is great.
I Got To Love Somebody’s Baby shows that Taylor could sing the blues on a perfect slice of late night heartache, backed by some sumptuous brass. The blues feeling is also to be found on Somebody’s Sleeping In My Bed.

Taylor could also get funky and duly does so on the intoxicating, cookin’ Testify (I Wanna). Check out that wah-wah guitar.
Funky pop can also be found on the appealing Love Bones. There is a nice bass line on this one. I Am Somebody is a stomping “message” song. The quality really doesn’t let up throughout the album. 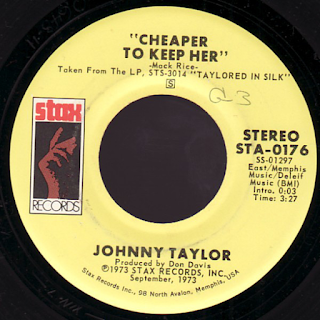 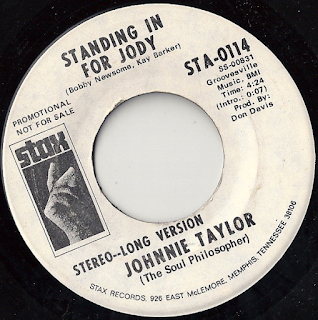 Johnnie Taylor is rarely mentioned in lists of the great soul singers, which is somewhat unfair on him, because he has a voice that crackles with soul. It is strong, expressive and characterful. There is not one of these songs, or indeed any of the others in his Stax canon that are not eminently listenable. I recently listened to thirty-five of his songs on random and there wasn’t a duff track among them.

A couple of fine Taylor tracks worth mentioning that don’t appear on any of the Stax collections are the disco hit, Disco Lady (not recorded on Stax), and the addictive, bassy and powerful Northern Soul cult hit Blues In The Night. Don’t forget Jody’s return in Standing In For Jody or the earthy soul of Hijackin’ Love either. Neither appear on here but are well worth checking out.